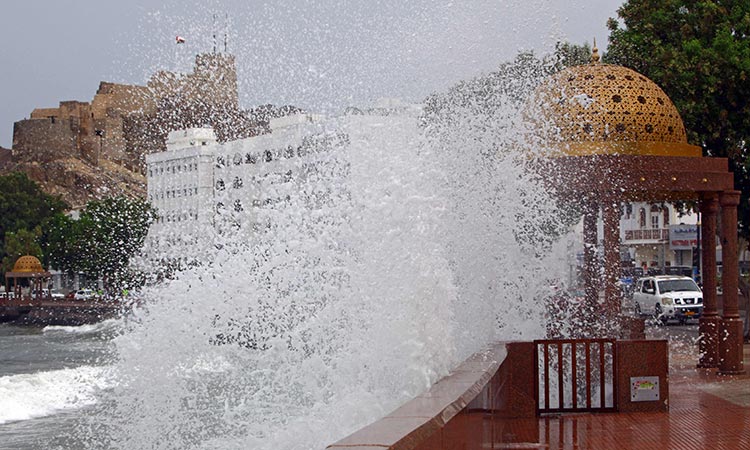 The National Centre of Meteorology (NCM) has announced that the tropical cyclone Shaheen centred in the north of the Sea of Oman at latitude 24.2 N and longitude 58.6 E, lead to form different types of clouds accompanied with rainy convective clouds of different intensity and strong winds on the Sea of Oman with a speed around the centre from 120 to 140 km/hr. The speed of the cyclone's movement is 12 km/hr in the direction of west — southwest.

The Centre further stated that it is expected that the movement of Tropical Cyclone Shaheen will continue towards the coasts of the Sultanate of Oman during the next 24 hours. 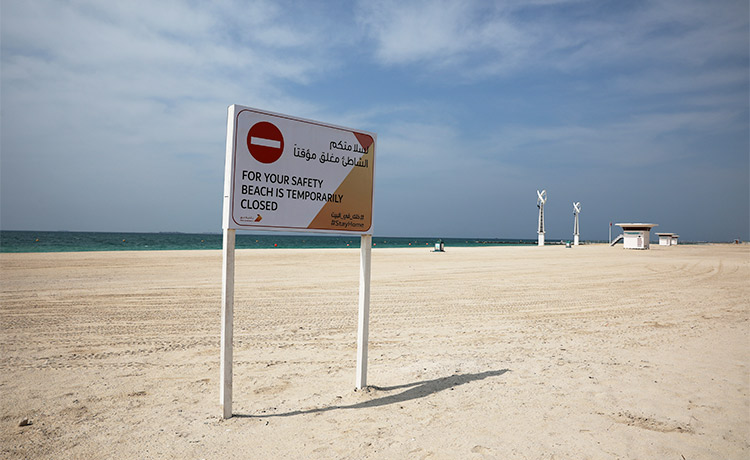 In a statement, NCM said, "By Sunday afternoon and evening, some regions of the country will be affected by the extension of the tropical situation, especially the eastern regions, which include the Al Ain Region and the southern regions and extending towards some central regions, where convective clouds will increase, associated with rains of different intensity that lead to the flash flooding in the valleys and torrents and water will accumulate over some low-lying areas.

"The winds will be fresh to strong, causing rising dust and sand, which reduce horizontal visibility, especially with convective clouds activity.

"The sea state in the Oman Sea will become rough to very rough, which will cause the seawater to entre into the eastern coastal areas in the low-lying areas, and the sea will be rough at times northward in the Arabian Gulf."

The National Centre of Meteorology noted that it monitors the tropical situation around the clock and calls on the public to follow the bulletins and reports issued by it and to follow the instructions and warnings from the competent authorities. 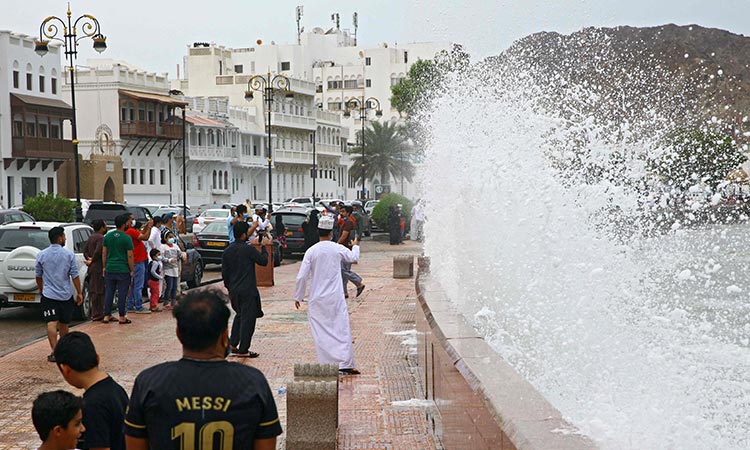 High waves break on the seaside promenade in the Omani capital Muscat on Saturday. AFP

The Omani National Committee for Emergency Management called for the evacuations in the northern states of Barka and Saham and coastal areas including parts of the capital, Muscat, where Shaheen is forecast to strike on Sunday, bringing high winds and heavy rain.

The Pakistan Meteorological Department (PMD) on Saturday also issued another weather alert, forecasting heavy rains with strong winds along Makran coast and other parts of Balochistan.

In its latest advisory, the Met department said the “severe cyclonic storm Shaheen moved west-northwestward during the last 12 hours” and was now at a distance of about 125 kilometres south of Gwadar, 250km southwest of Ormara and 470km west of Karachi.

Under its influence, widespread rain, wind-thunderstorms with scattered heavy to very heavy falls are expected in Gwadar, Lasbella, Awaran, Kech and Panjgur districts of Balochistan till Sunday.