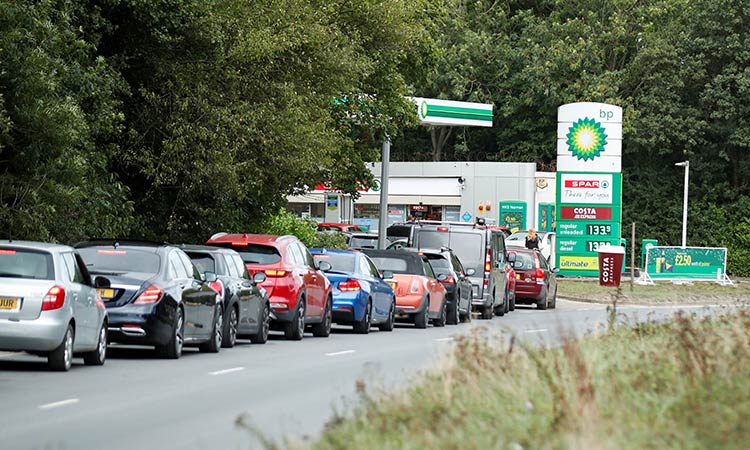 Lengthy queues formed outside gas stations across London again on Wednesday as panic buying rather than supply chain issues is driving the shortage of fuel at some petrol stations in the UK.

Police urged drivers to be “sensible” about filling up at petrol stations after long queues built up as the strain on fuel supplies continued despite Prime Minister Boris Johnson saying the situation was improving. 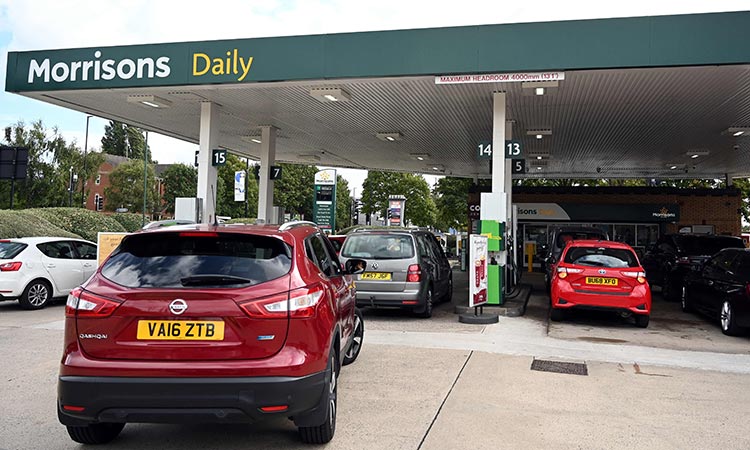 Motorists queue at a petrol station in Coventry, central England, on Tuesday. AFP

“We have received reports this morning of long queues at some petrol stations in the county. This is a potential hazard for vehicles making other journeys, and may cause difficulties for emergency services trying to reach people in need," Lincolnshire police said.

“While we appreciate that some people may be particularly keen to fill up their vehicles this weekend, we would respectfully ask motorists to be sensible when making judgments about joining a queue at a petrol station. If it is too long, consider returning at a different time.”

Britain has been gripped by a rush of panic-buying for almost a week that has left pumps dry across major cities, after oil companies warned they did not have enough truck drivers to move petrol and diesel from refineries to filling stations. 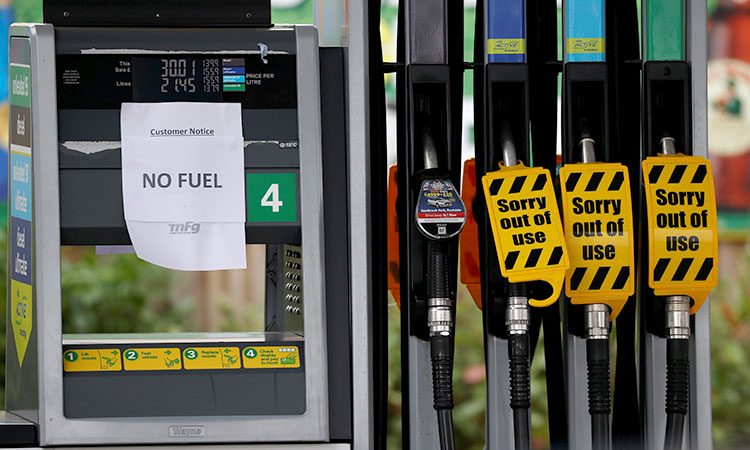 A ‘No Fuel’ sign is attached to an empty petrol pump at a BP filling station in Manchester on Tuesday. Reuters

Johnson has sought to quell public concerns, saying supplies were returning to normal while also urging people not to panic buy. But in many regions, hundreds of forecourts remained closed and motorists were still snarled in queues waiting to fill their tanks.

Reuters reporters saw lengthy queues outside gas stations from 0600 in north London and on the busy M25 orbital motorway circling the British capital along with warnings that no fuel was available at some sites.

The gridlock has sparked calls for doctors, nurses and other essential workers to be given priority in filling their cars to keep hospitals and social care services running, a move Johnson has resisted.