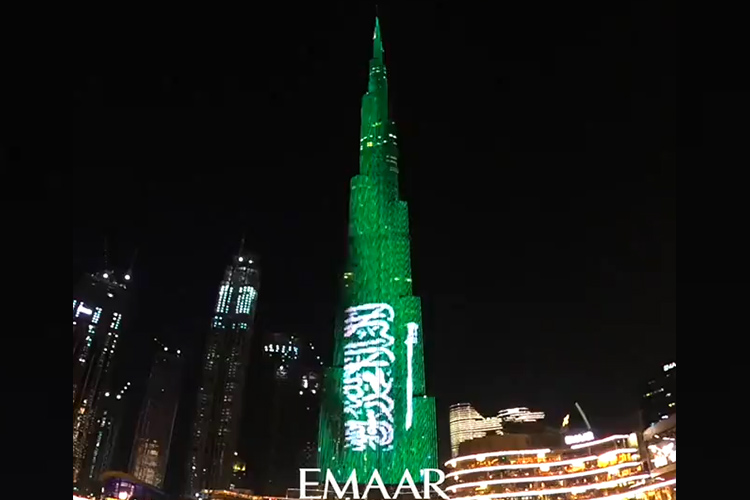 The UAE marked the Saudi Arabia's 91th National Day on Thursday with pomp and vigour, while adhering to government guidelines to stem the spread of the coronavirus.

Burj Khalifa lit up in green and white to celebrate the joy, the achievements, and pride of the Kingdom of Saudi Arabia.

The initiative, which decorated the sky of Abu Dhabi Corniche in the colours of the Saudi Arabia and UAE flags, reflects the brotherly relations and deep-rooted strategic partnership between the two countries. It also underscores the solid and growing relations between the two brotherly countries and their peoples.

The team participated in the airshows with seven Aermacchi MB339 jets, which are considered one of the best jets in aerobatic performance. These jets were piloted by a group of professional pilots, who participated in several international festivals and exhibitions. 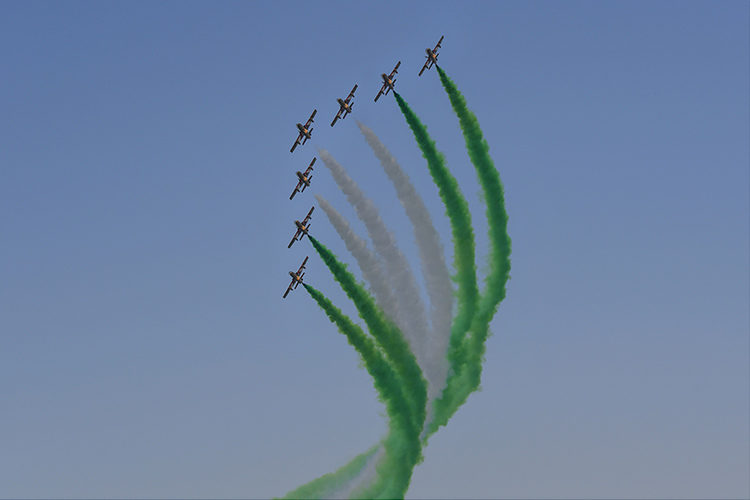 Al Ghuwaifat border crossing has been decorated with the flags of the UAE and Saudi Arabia, along with luminous slogans and art decorations, in celebration of the 91st Saudi National Day.

The luminous slogans and art decorations, which formed the "Together Forever" slogan, confirm the strength of the brotherly relations between the two brotherly countries, the common destiny, the ties of blood and history. 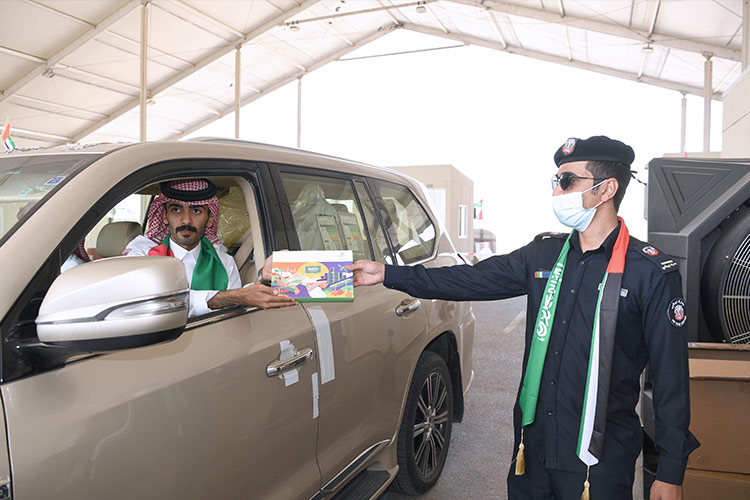 Sharjah Airport Authority employees, celebrated the 91st National Day of the Kingdom of Saudi Arabia, which annually falls on 23 September, with Saudi passengers arriving at the airport.

The celebrations, which stretched over three days, saw the distribution of roses, Saudi flags and symbolic gifts to visitors with the aim of sharing in the joy of the Saudi people, as well as to express solidarity and brotherly relations between the Emirati and Saudi people on this occasion.

The Saudi visitors expressed their joy and appreciation for the initiative, which serves as a consolidation of the strength of brotherhood between the people of the Kingdom of Saudi Arabia and the United Arab Emirates (UAE), but which also encourages the Saudi people to regularly visit the UAE. 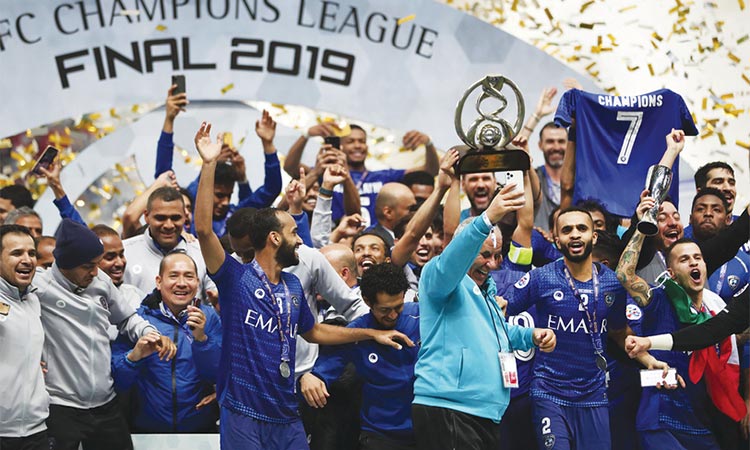