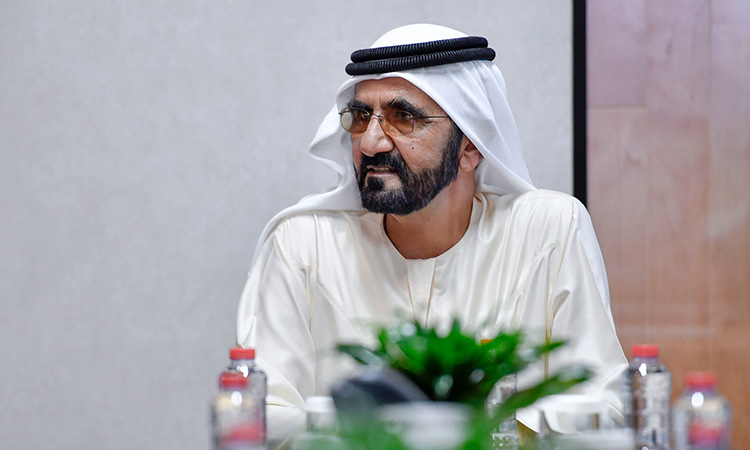 His Highness Sheikh Mohammed Bin Rashid Al Maktoum, Vice President and Prime Minister of the UAE and Ruler of Dubai, has approved a historic housing budget of Dhs65 billion for the next twenty years for Emiratis in Dubai.

Sheikh Mohammed directed to quadruple the number of beneficiaries of the housing programme in Dubai starting this year, and to double the land allocated for housing to citizens in Dubai to reach one billion seven hundred million square feet, sufficient to meet the needs of citizens for the next twenty years.

The directives of Sheikh Mohammed come in light of efforts to complete the development and urban model of the Emirate of Dubai, in a way that enhances a decent life for citizens and consolidates Dubai's position as the best city for life in the world.

During the announcement of the new housing plans, Sheikh Mohammed stressed that decent housing is a dignity... and a right for everyone... and a decent life for the people of the country is the first priority for the government.

He said: "The government housing programme will be part of my personal follow-up... Hamdan and Maktoum will supervise the housing plan for citizens on an ongoing basis."

Sheikh Mohammed added: "Our goal is to make Dubai the best city to live in the world... and the development of residential areas for citizens is the most important part of this vision."

Sheikh Hamdan Bin Mohammed Bin Rashid Al Maktoum, Crown Prince of Dubai and Chairman of the Executive Council, stressed the priority and importance of uniting efforts to implement the Dubai Urban Plan 2040, which was adopted by Sheikh Mohammed to anticipate the future of cities and search for solutions and future housing needs that Achieving family stability and ensuring a decent life for our people over the coming decades.

Hamdan said: "We are proud of the concerted efforts and the work of everyone in the spirit of one team to serve our citizens, and we affirm our commitment to providing the best by strengthening the partnership between the public and private sectors, and exerting more efforts to create a future in which the aspirations of the people of the country are realized.

He also added: "The human being is at the center of our government plans that focus on enhancing the quality of life, and the directives of Sheikh Mohammed come from the government's keenness to provide adequate housing for citizens to enhance the stability of families and ensure their social security and prosperity in its present and its

Sheikh Maktoum Bin Mohammed Bin Rashid Al Maktoum, Deputy Ruler of Dubai, stressed that housing for citizens is a government priority, and the directives of Sheikh Mohammed are to develop a detailed plan for the next twenty years.

Sheikh Maktoum said: "The urban development plans in the Emirate of Dubai are subject to permanent reviews, and our housing policy will be flexible to meet the needs and aspirations of citizens on an ongoing basis.

The Dubai Urban Plan 2040, adopted by Sheikh Mohammed draws an integrated map to achieve sustainable urban development in Dubai, centered on people and aiming to improve the quality of life and enhance the global competitiveness of the emirate, and contribute to providing multiple options for citizens, residents and visitors during the next twenty years.

Sheikh Mohammed said on Twitter, “Today, we approved housing projects in Dubai worth Dhs3.8 billion, including distribution of 2,000 residential plots, 900 ready residential villas, and an integrated complex worth Dhs500 million for small families.

This includes housing and land allotments for 4,610 Emiratis in the city, on the occasion of Eid Al Fitr and as part of the Housing Programme for Dubai citizens.