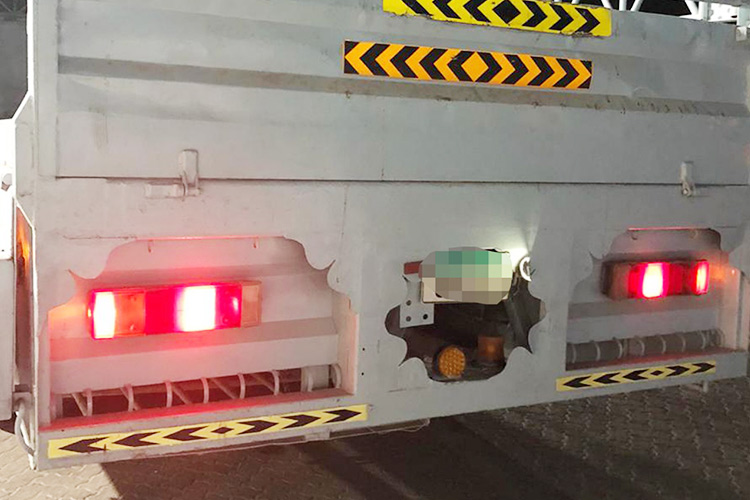 The case dates back to July 2020 when Asian filed a report alerting that a commercial truck was robbed. The truck was parked in a sandy square in Umm Ramool in Dubai.

According to the case papers, the investigators gathered evidences and identified the suspects who were arrested in the industrial area in the Ras Al Khor.

A policeman said that he suspected the suspects who were in the Ras Al Khor area, and when they were arrested and inspected, the two batteries were found with them.

On being interrogated, they confessed to the charges adding that they distributed the roles, where one of them monitored vehicles and trucks parked for long periods and the other watched the site during committing the crime. They said they divided the amounts after selling the batteries.

Separately, the Dubai Appellate Court recently upheld the ruling of the Court of First Instance to jail four people from an eastern European country, two years, to be followed by deportation after serving their sentence, for being convicted of attempting to steal Dhs500,000 from three Arab nationals.

The crime took place when the victims went to buy Bitcoin from a company that claims trading in it.

An Arab manager, 33, reported that the four suspected attempted to steal his bag during his visit to one of the offices claiming to trade in Bitcoin after contacting an ad owner through a social networking site.

The victim said in the interrogations he went with two people having Dhs500,000 to buy Bitcoin at a lower price. He added while waiting in the office, the four suspects entered and assaulted him and his colleagues, trying to steal the bag containing money. He added they resisted them, so they fled but were arrested.

Eight put behind bars in theft case in Dubai

The Dubai Court of Appeal upheld a ruling issued by the Criminal Court sentencing a gang of eight Asians to six months in jail to be followed by deportation and fining them Dhs207,000 after all the eight persons were convicted of stealing electrical cables worth the same amount of the fine from a warehouse in Al Quoz Industrial Area.

Four put behind bars in theft case in Dubai

The Dubai Criminal Court ordered the imprisonment of four members of an Asian gang to be followed by deportation on charges of destroying the exhaust filters of 431 cars worth Dhs3.64 million belonging to a rent-a-car company. The court also acquitted another suspect of the charge.