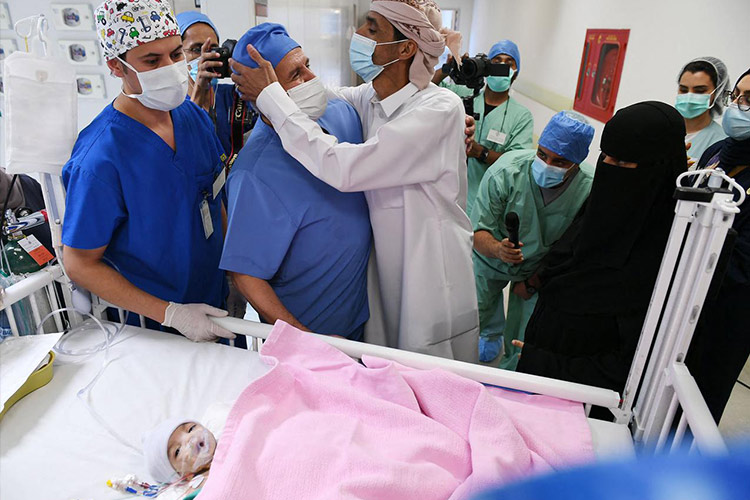 Father of Aisha thanking surgeons after the successful surgery. AFP

A team of doctors successfully separated a newborn Yemeni baby from her parasitic twin during a surgery at King Abdul Aziz Medical City in Riyadh.

The procedure is the 50th successful surgery to separate conjoined twins, was performed with the implementation of the directives of King Salman Bin Abdul Aziz.

The Saudi Press Agency reported the girl is named Aisha Ahmed Saeed, is from Al Mahra Governorate in Yemen. The agency carried a photo showing the girl's father kissing the head of the medical team.

Aisha was born fully developed but had a pelvis and extra pair of lower extremities. 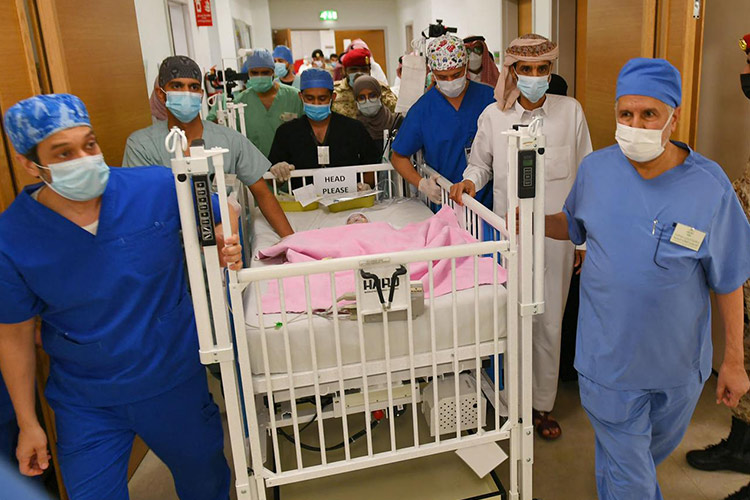 Surgeons walking along a hallway with Aisha. AFP

Team leader Dr Abdullah Al Rabia’ah explained, "We succeeded in waking the girl up and she interacted with her mother when she came out of the operations room.

We are pleased as we celebrate our success for the fiftieth time.

“We will continue to help those in need."

Parasitic twins occur when a twin fetus begins to develop, but eventually does not complete its growth and does not separate from its twin.