VIDEO: Man makes 10 attempts to park his car in a visibly empty lot in England - GulfToday

VIDEO: Man makes 10 attempts to park his car in a visibly empty lot in England 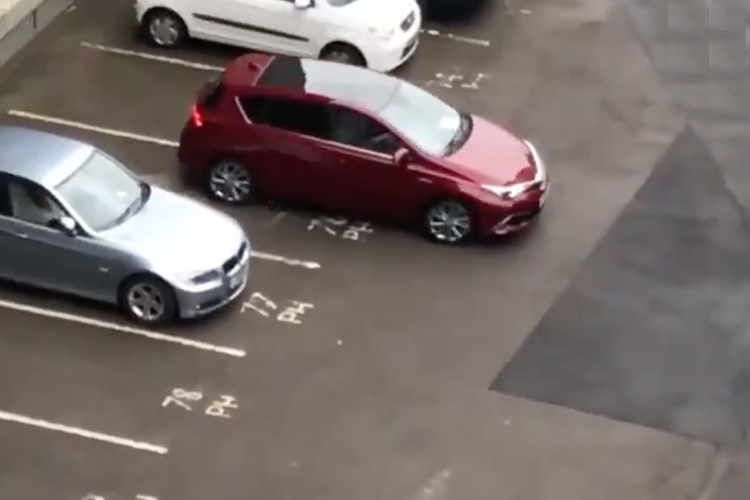 A videograb shows the man trying to park his car.

A British man faced an embarrassing situation after he failed to park his car for eight minutes, which took him 10 attempts for which he won the title of "worst driver" on social media platforms, according to British media.

In the video, the miserable driver is seen driving his Toyota back and forth countless times — and spectacularly failing to manoeuvre between the white lines in Kent.

A nurse filmed the driver, who is believed to be in his thirties or forties, trying to park his car in four different places, trying over and over, only to fail.

The nurse Andrei Dalca happened to be on the balcony of his apartment in Ashford, when he saw the driver struggling. He recorded him on his phone.

"It was very embarrassing," Dalca said. “I don't know who granted the licence —- that's what's worrying."

He continued, "What made it funny is the fact that there are straight lines that show you where the cars are parked and there are a lot of empty spaces." 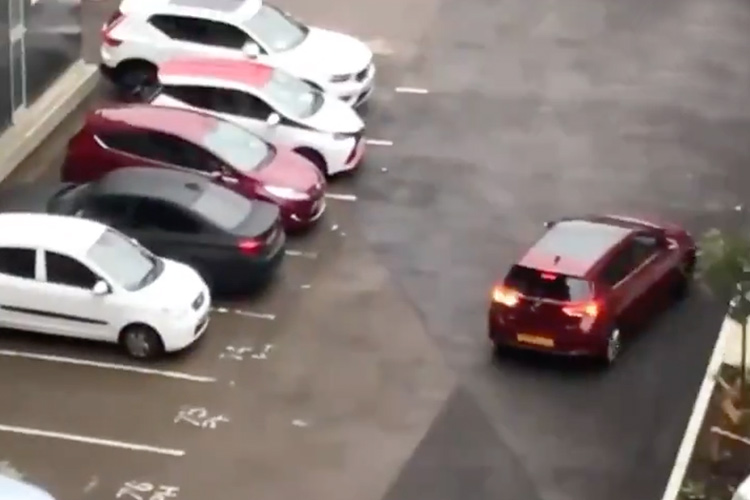 One witness said he admired the driver's patience and perseverance.

According to Dalka, the driver finally succeeded, after more than 10 frustratingly slow attempts.

"I admire his perseverance because some people would have given up," he added.

“Keep moving forward and backward, and that's what caught my attention.”

"He could have opened the door in an empty space and looked around, but he never did," he added.

The nurse pointed out that he was about to go down to the driver to help him, and alert him, that he represented a danger to others.

“If I were him, I would have an hour or two with a driving instructor and then try again. So as not to embarrass myself.”

The video of the driver's miserable attempts was posted on Facebook, where users described it as painful, while others criticised the owner of the vehicle for driving unsafe on the road. 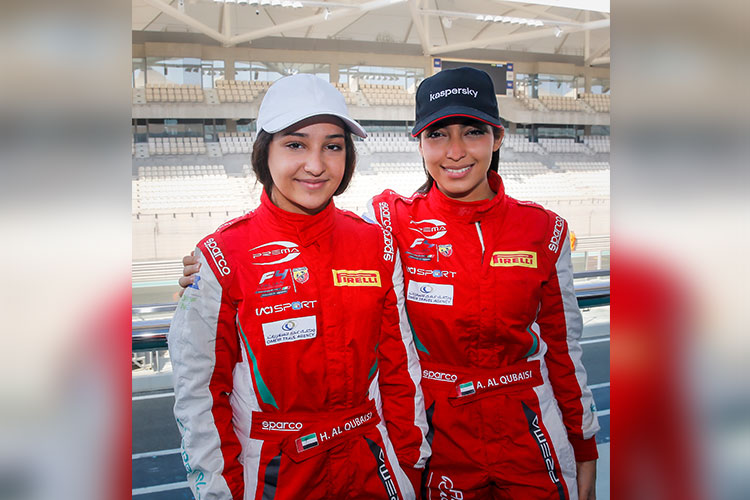 The Al Qubaisi sisters, Amna and Hamda, are the daughters of the UAE’s first motorsport star, Khaled Al Qubaisi.