VIDEO: Grandsons of Mohamed Bin Zayed attend the opening ceremony of ‘3 July base’ in Egypt - GulfToday 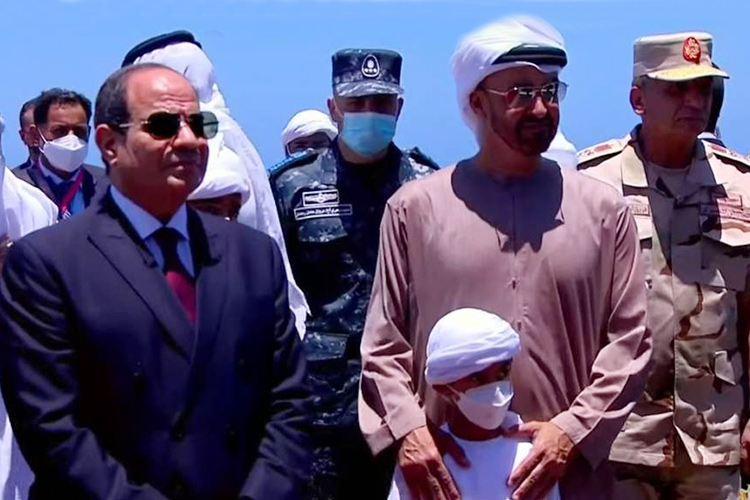 Abdel Fattah El-Sisi and Sheikh Mohamed Bin Zayed and his grandsons attend the ‘3 July base’ ceremony.

It was an event to remember, with a very special reason. The inauguration of the July 3 Naval Base in Egypt featured two towering leaders: His Highness Sheikh Mohamed Bin Zayed Al Nahyan, Crown Prince of Abu Dhabi and Deputy Supreme Commander of the Armed Forces, and Egyptian President Abdel Fattah El-Sisi, apart from a host of dignitaries. But among the attendees were two very young and very special guests: grandsons of Sheikh Mohamed. 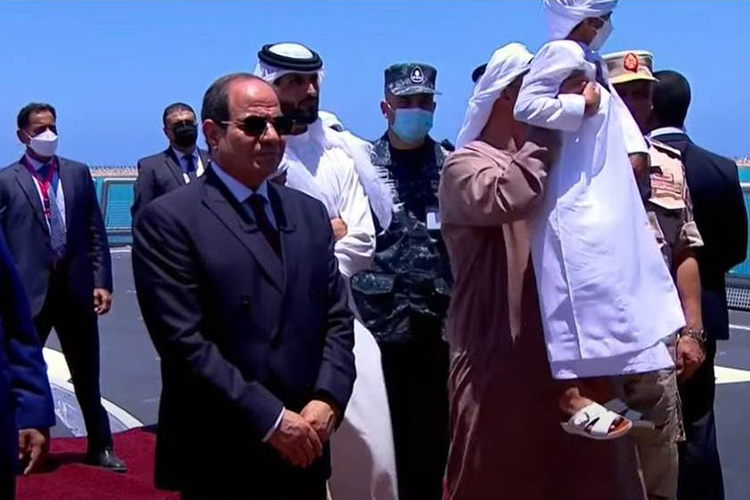 Mohamed Bin Zayed lifts his grandson so he could have a better view of the base.

The two kids were seen on board an Egyptian frigate, accompanied by the two leaders.

At one stage, Mohamed Bin Zayed lifted his grandson so he could have a better view of the base. 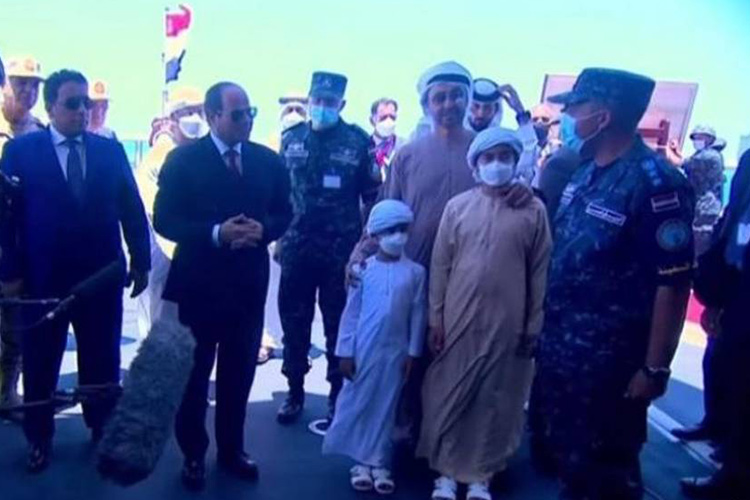 Mohamed Bin Zayed, Sisi and grandsons pose for a photograph.

In a heartwarming gesture, the Crown Prince of Abu Dhabi was seen explaining to his youngest grandson the importance of the base and what had been achieved there.

President Sisi directed the scribes to click photographs of the kids in front of planes and ships, saying, “They photographed the boys with the planes, this is a beautiful history for them.” 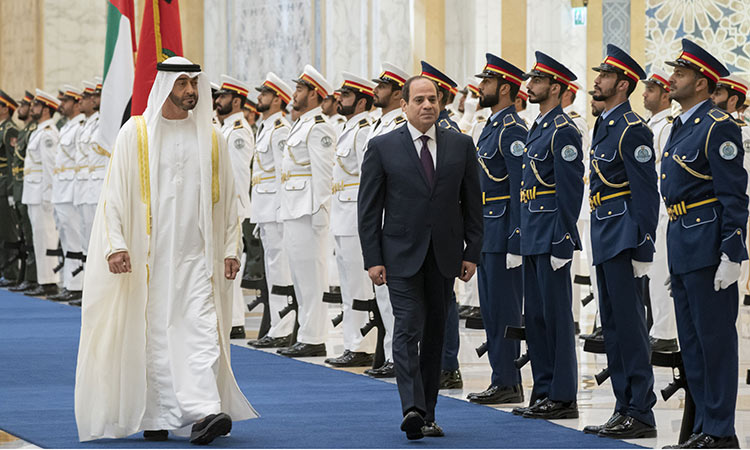 Sheikh Mohamed Bin Zayed Al Nahyan has made a phone call with President Abdel Fattah El Sisi of the Arab Republic of Egypt, in which he welcomed the ceasefire in Gaza. 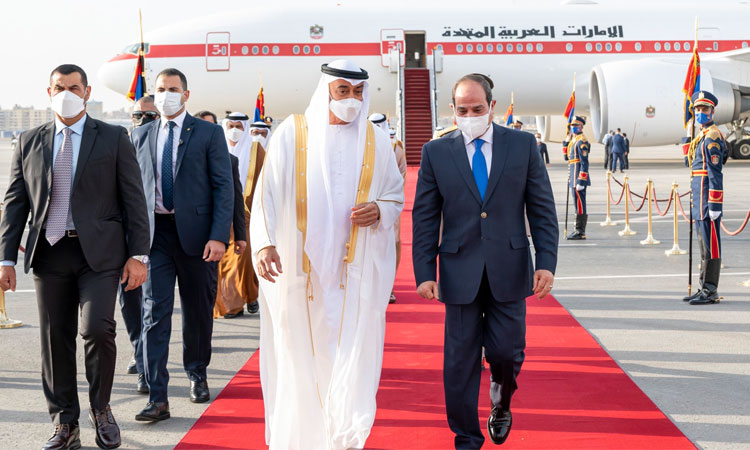