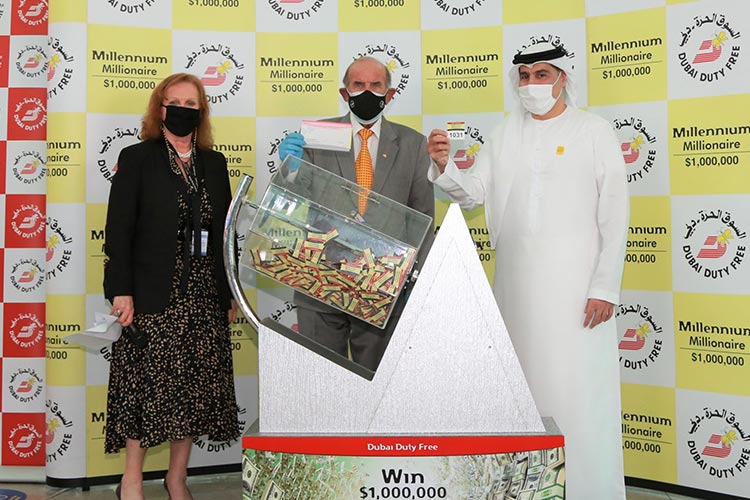 An Indian businessman became a US dollar millionaire while three other winners will drive away in a luxury vehicle as their winning tickets were drawn on Wednesday in the Dubai Duty Free Millennium Millionaire and Finest Surprise draw held in Concourse B at Dubai International Airport.

Abraham Joyee, a 60 year-old Indian national based in Dubai became the latest $1 million winner in Millennium Millionaire Series 361 with ticket number 1031, which he purchased online on May 27.

Joyee is a regular participant in Dubai Duty Free’s promotion for 15 years now and the father of two owns a trading company in Dubai.

“This is truly an amazing win. I have made my life in Dubai for the past 35 years and for this I am forever thankful to Dubai and to Dubai Duty Free,” he said.

When asked on his initial plans with his win, he said, “I will put aside a large part of my win to my business while I will share some to charities in Dubai.”

Joyee who hails from Kerala in India is the 180th Indian national to have won $1 million since the start of the Millennium Millionaire promotion in 1999. 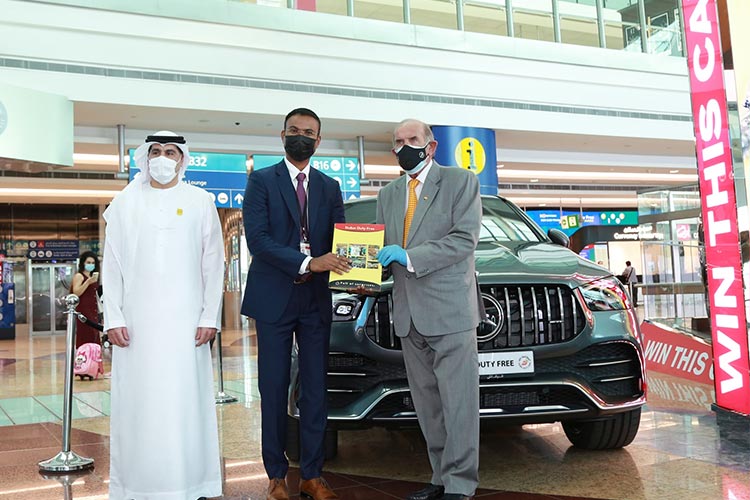 He was delighted to meet the Dubai Duty Free team and saw his winning car.

'Thank you Dubai Duty Free, it is great to finally meet you all and to try riding my wining car. It’s still felt surreal.” said Uchil who was presented with the Mercedes Benz car by  McLoughlin and Tahlak of Dubai Duty Free.

Following the presentation, the Finest Surprise draw was conducted for three luxury vehicles.

Abdulla Ahmed, a 55-year-old UAE national based in Sharjah won a Range Rover Sport HSE Dynamic 3.0 P360 (Silicon Silver) car, with ticket number 0090 in Finest Surprise Series 1776, which he purchased online on May 27.

A regular participant in Dubai Duty Free’s promotion for 10 years now, Ahmed is a father of two and a proprietor for Al Mulla Group of Companies. 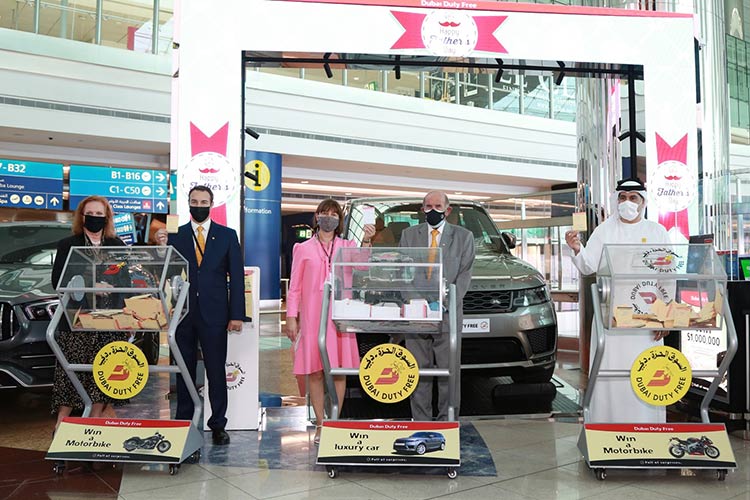 “Thank you so much Dubai Duty Free. I’m very happy about this win,” he said.

Meanwhile, Sanjay Asnani, a 32 year- old Indian national based in Dubai won an   Aprilia RSV4 Factory (Atomico Racer) motorbike, with ticket number 0886 in Finest Surprise Series 457, which he purchased online on May 23.

A resident of Dubai for 10 years now, Asnani who works as a relationships manager for Emirates NBD was surprised to learn that his ticket for Series 457 made him a second time lucky winner with Dubai Duty Free.

“I can’t believe that I won again! Thank you so much Dubai Duty Free,” he said.

Lastly, Herve Ziegler, a French national based in the UAE won an Indian Scout Icon (Gray/Black Icon) motorbike, with ticket number 0619 in Finest Surprise Series 458, which he purchased online on June 4.

Ziegler is currently uncontactable and will surely be surprised to hear of his win.