Pfizer booster vaccine must be given 6 months after second dose, says UAE Ministry of Health - GulfToday

Pfizer booster vaccine must be given 6 months after second dose, says UAE Ministry of Health 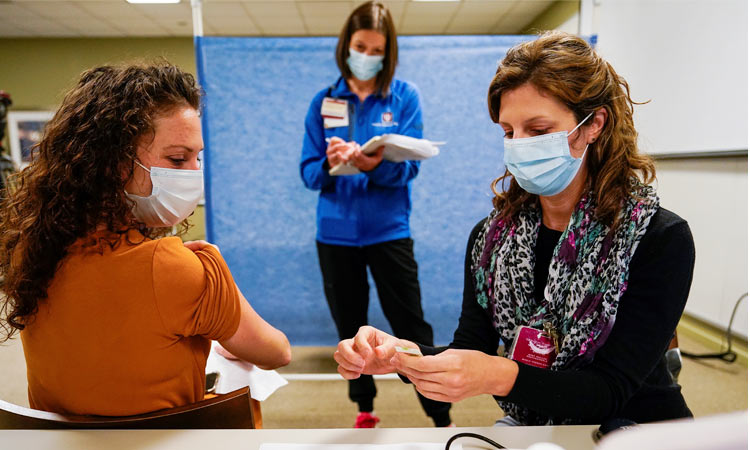 The UAE Ministry of Health and Prevention (MoHAP) revealed that the Pfizer-BioNTech vaccine would be available in its affiliated centres for those wishing to strengthen their immunity or obtain the third booster six months after taking the second dose of the Sinopharm vaccine.

MoHAP stressed that the option is left to those who had already received the vaccine.

According to Dr Hussain Al Rand, Assistant Undersecretary for Health Centres, Clinics and Public Health, the MoHAP made it possible for those already vaccinated with Sinopharm to receive the Pfizer-BioNTech vaccine six months after taking the second dose of the first vaccine with the aim of strengthening their immune system in the face of the pandemic. 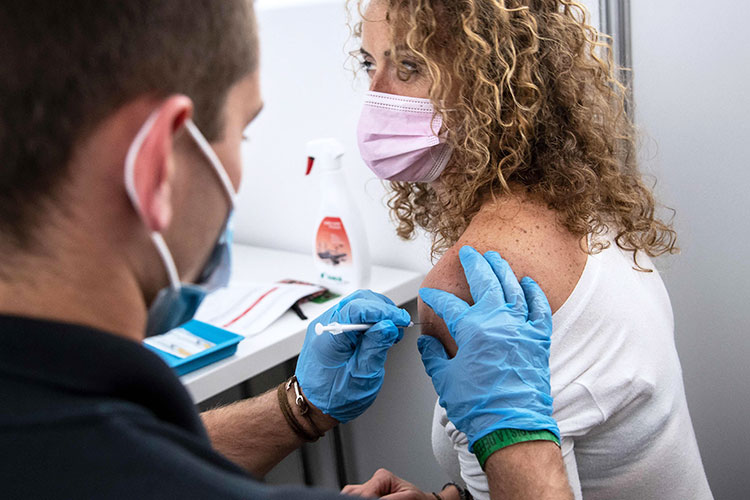 A health worker administers a vaccine on a woman.

The booster, however, must be given based on a prior appointment, he said.

MoHAP offered two options to those who had received the Sinopharm vaccine, the first is to obtain the third booster of the same vaccine and the second is to obtain two doses of the Pfizer-BioNTech vaccine, Al Rand said.

These options are available to everyone, whether those with chronic diseases or those wishing to strengthen their immunity, he added, noting that this procedure is safe and already approved.

Al Rand stressed that MoHAP provides three types of vaccines: Sinopharm, Pfizer and Hayat. Various groups in the society are interested in receiving a booster to strengthen their immunity, he added, noting that the booster must be given six months after the second dose.

The health authorities leave the option to those already vaccinated to choose the booster or Pfizer, he said. 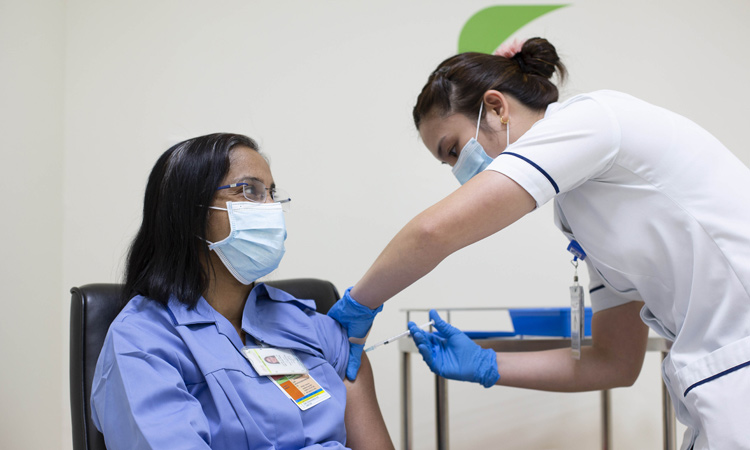