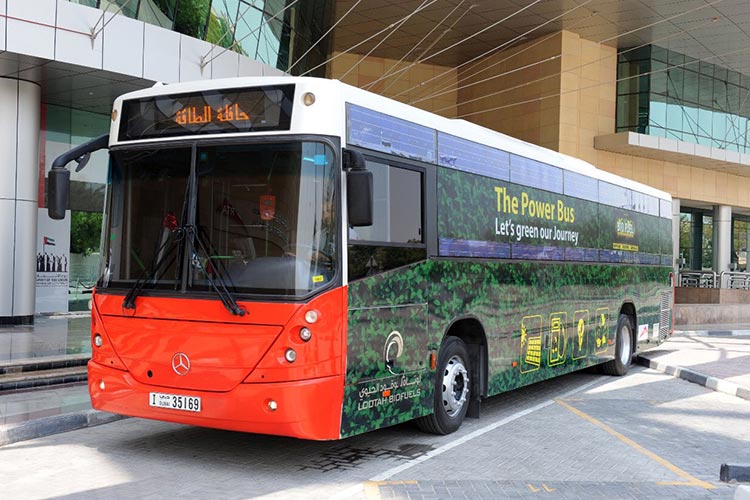 Dubai’s Roads and Transport Authority (RTA) has endorsed a long-term plan to have zero emissions of public transport in Dubai by 2050.

As such, it becomes the first government body in the MENA region to chart out such a comprehensive plan for public transport and related infrastructure.

“RTA is making continued efforts to plan for sustainable and environmental-friendly public transport and integrate it as part of its strategic plans as reflected in its Strategic Goal: Safety and Environmental Sustainability. Such a drive contributes to curbing climate change and supports the long-term national initiative rolled out by His Highness Sheikh Mohammed Bin Rashid Al Maktoum, Vice-President, Prime Minister of the UAE, Ruler of Dubai, in 2012 to foster a green economy in the UAE under the theme: Green Economy for Sustainable Development. It also supports the commitment of the UAE to the Paris Agreement On Climate Change to reduce the emissions in the UAE by 23.5% by 2030,” said Nasir Bu Shehab, CEO of Strategy and Corporate Governance Sector, RTA.

“The highlights of the plan include broadening the use of electric and hydrogen-powered vehicles and buses in the fleets of public transport, school buses, taxis and limousines to reach the targeted 100% rate by 2050. It also calls for widening the use of clean energy, such as solar power, in the premises and facilities of RTA, rehabilitation of the existing buildings, and introducing the construction of almost emission-free buildings in all new projects.

"The plan provides for completing the smart and power-efficient streetlighting project by 2035, achieving a 100% recycling of municipal waste across RTA’s projects and operations by 2030, and the recycling water for reusing in RTA’s facilities and buildings,” explained Bu Shehab.

“The roadmap of the plan, which is benchmarked against the best practices in New York, Denmark, UK, France and Japan is based on three strategic pillars: Green Mobility, Infrastructure, and Circular Economy. The plan estimates a reduction in greenhouse gas emissions by 8 million tons of carbon dioxide equivalent and saving about 3 billion dirhams by 2050.

“RTA’s plan is aligned with the key federal policies such as The Emirates Green Development Strategy 2030, The UAE Green Agenda 2030, The National Climate Change Plan 2050, The UAE Energy Strategy 2050, the UAE Vision 2021, The National Innovation Strategy and The UAE Centennial 2071.

"It is also compatible with the local policies of Dubai such as The Dubai Integrated Energy Strategy 2030, and The Dubai Clean Energy Strategy 2050 aimed to rank Dubai as the city with the least carbon print throughout the world by 2050. The plan is also in line with global trends such as the United Nations Framework Convention on Climate Change and the Sustainable Development Goals, and The C40 Cities Network to reduce climate change," said Bu Shehab.

“RTA has made a series of outstanding achievements by leading the way in developing corporate systems and plans for environmental sustainability. RTA was the first in the MENA region to obtain a global accreditation for energy management system in 2013, launch a green economy award in 2014, develop an integrated framework for the green economy in 2016, and obtain membership in the United Nations Global Compact in 2020," he concluded.