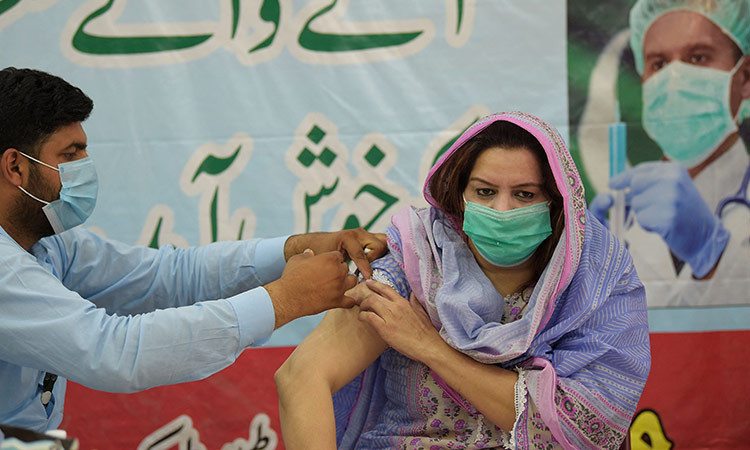 A health worker inoculates a media person with a dose of Sinovac vaccine in Rawalpindi on Tuesday. AFP

Pakistan on Wednesday opened up its coronarvirus vaccination campaign to everyone aged 19 or older as it scrambles to protect more of its 220 million people.
Pakistan initially had to deal with vaccination hesitancy and a shortage of vaccine supplies and had limited shots to people aged 30 or over.

Federal Planning, Development and Special Initiatives Minister Asad Umar announced on Wednesday that the registration of persons aged 19 and above for vaccination against the coronavirus will start from Thursday. 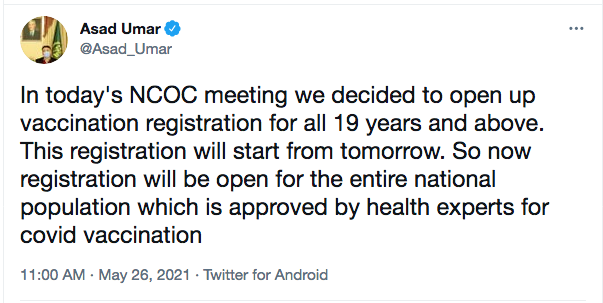 The decision was taken by the National Command and Operation Centre (NCOC). "So now registration will be open for the entire national population which is approved by health experts for COVID-19 vaccination,” Umar tweeted.

A day earlier, the government announced it has started production of China’s single-dose CanSino vaccine at the National Institute of Health (NIH) Islamabad.
A tweet by the government’s official account said three million doses of the vaccine would be produced per month to "significantly reduce Pakistan’s dependence on importing vaccines from other countries." 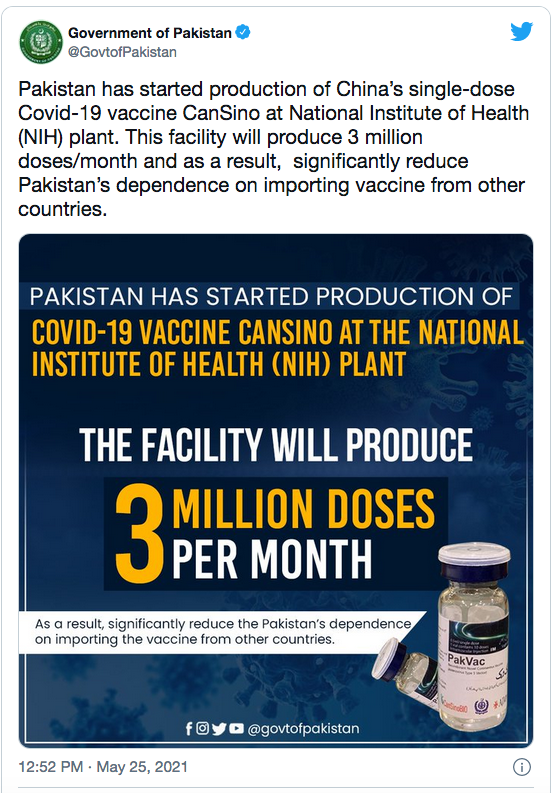 An NIH official said 120,000 doses of COVID-19 vaccine have been packed and hopefully a launching ceremony would be held by the end of the current month.
"Though the name PakVac was used for the first batch, there has been a change of mind and the vaccine would be called CanSinoBio as the Chinese are sensitive about the names of their products,” he said.

"The test trial of the first batch has been completed, which included stability test, safety test, sterility test and spike protein test. Overall 120,000 doses have been prepared and a tentative date for the launching ceremony is May 30,” the NIH official said.

CanSino (or PakVac) was the first Chinese vaccine to have undergone clinical trials in Pakistan and was administered to around 18,000 people. Initially, the vaccine was brought to the country, but later it was decided that the concentration of the vaccine would be shifted here and packed in the NIH. The machinery was arranged, staff trained and finally the first batch was packed, which passed the stability test.

The official said PakVac was used on the initial batch of 500 doses but now it was being considered to use the name CanSinoBio on the remaining vaccine batches. 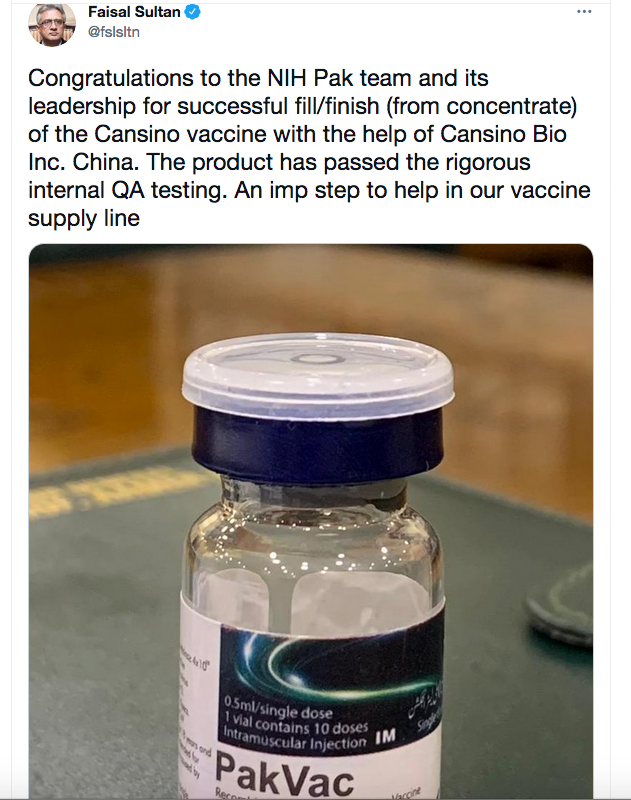 "The test trial of the first batch has been completed, which included stability test, safety test, sterility test and spike protein test. Overall 120,000 doses have been prepared and a tentative date for the launching ceremony is May 30,” the NIH official said.

Special Assistant to the Prime Minister on Health Dr Faisal Sultan also confirmed that the vaccine was ready for use. "Congratulations to the NIH Pak team and its leadership for successful fill/finish (from concentrate) of the CanSino vaccine with the help of CanSinoBio Inc. China. The product has passed the rigorous internal QA testing. An important step to help in our vaccine supply line,” Dr Sultan tweeted. 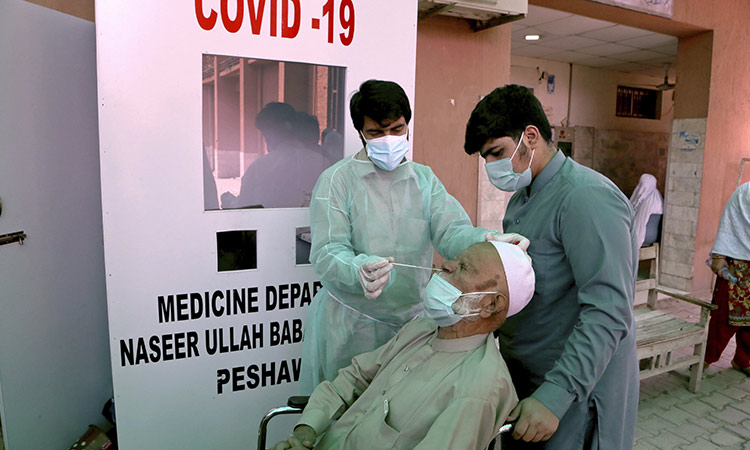 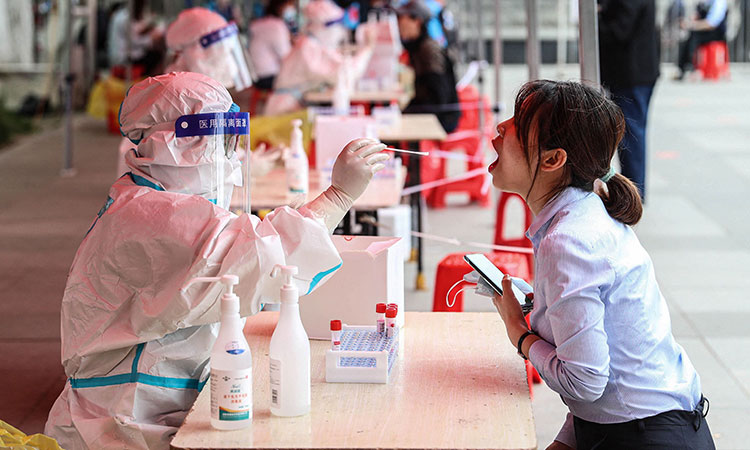