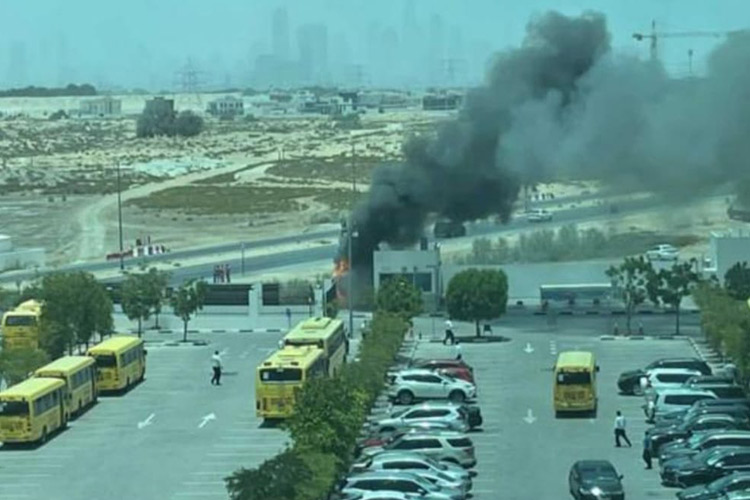 Smoke billows from the fire site inside the school premises.

The Dubai Civil Defence controlled a fire which broke out in a building inside the Nad Al Sheba 3 in Dubai.

According to a source at the Dubai Civil Defence, the Operations Room received a tip off at 12:06pm on Monday alerting a fire in an outdoor building at the Gems School in Nad Al Sheba 3. 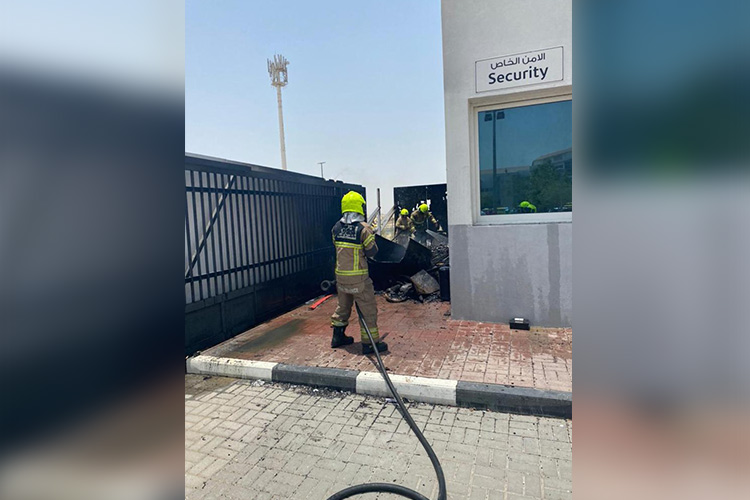 Firefighters inspect the area near the guard's room after the fire was doused.

Instantly after receiving the report, a firefighting and rescue team rushed from Nad Al Sheba Centre to the scene within 5 minutes to find out that some remnants were burned outside the security guard’s room.

The fire brigade put out the fire in 6 minutes.

On his part, the team leader affirmed that the fire was minor and was controlled without any injuries 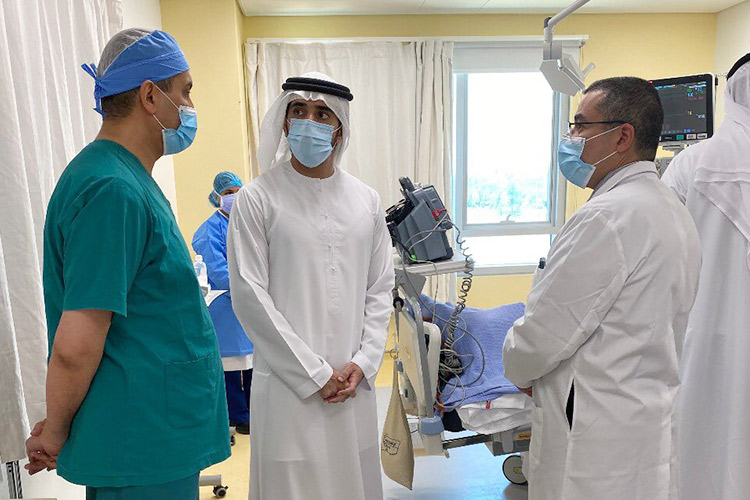 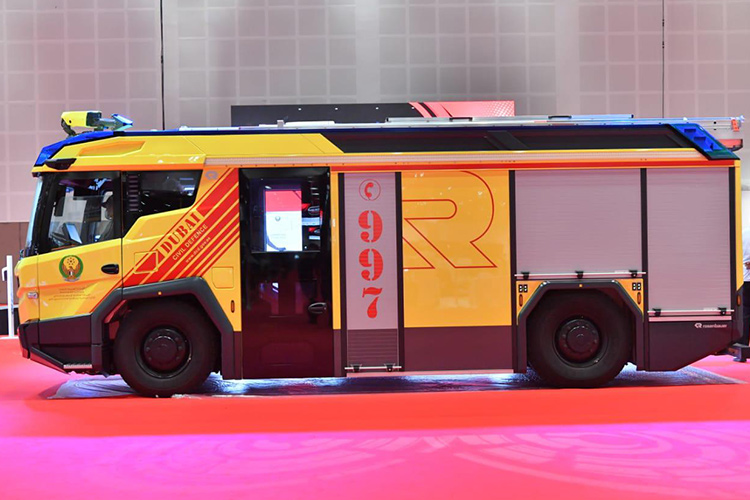