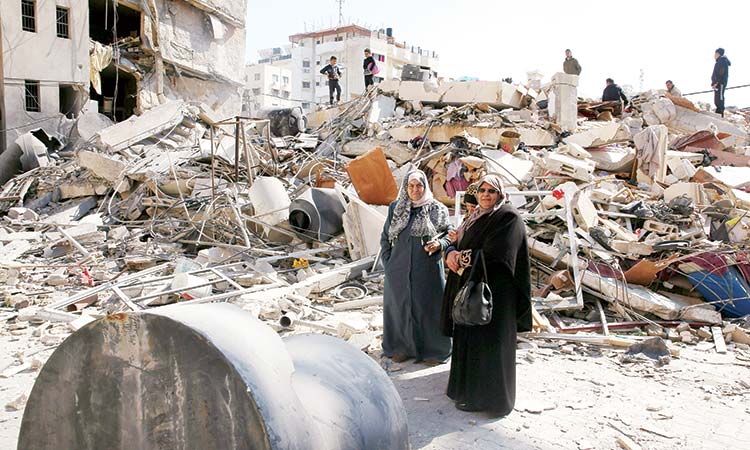 The UN's Central Emergency Response Fund said its first aid convoys were to pass into Gaza as early as Friday evening.

Thousands of displaced Palestinians started returning to their homes in the bomb-shattered Gaza Strip on Friday, while Israelis returned to normal life as a ceasefire appeared to hold after 11 days of deadly fighting.

But in Jerusalem, Israeli police cracked down on stone-throwing protesters at the highly sensitive Al-Aqsa mosque compound, two weeks after similar clashes sparked the conflict's worst escalation in years.

Israeli forces beat an AFP photographer who was covering the unrest there.

UN rights council to hold May 27 session on Israel Palestinians

Clashes also broke out in several other parts of Israeli-occupied east Jerusalem, and at the crossing point between Jerusalem and the West Bank, Israeli police said, adding that hundreds of officers and border guards had been mobilised.

President Joe Biden on Friday pledged to help organize efforts to "rebuild Gaza" and said creating a Palestinian state alongside Israel is the "only answer" to the conflict.

Biden also said he had told the Israelis to stop "intercommunal fighting" in the flashpoint city of Jerusalem.

However he stressed "there is no shift in my commitment, commitment to the security of Israel" and added that until the region "unequivocally" acknowledges Israel's existence "there will be no peace." 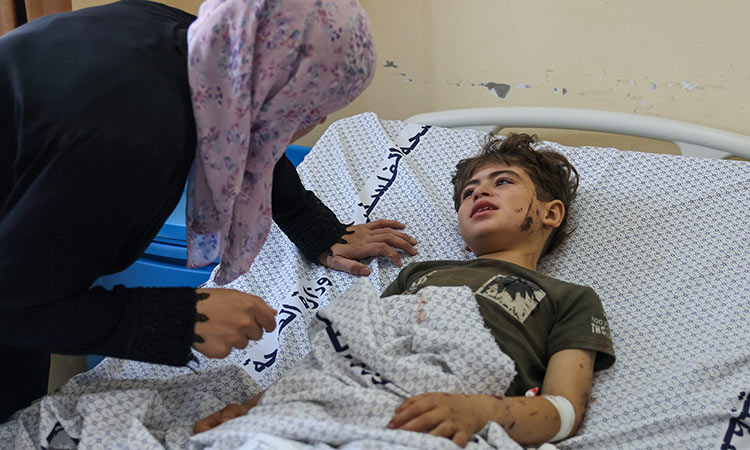 A Palestinian boy injured in an Israeli airstrike lies in hospital in Khan Yunis. AFP

With a ceasefire in place, world actors are shifting their focus to the humanitarian crisis in Gaza, which had already been grappling with the coronavirus pandemic.

Just ahead of the truce on Thursday, the UN World Health Organization issued an urgent appeal for $7 million to fund a "comprehensive emergency response".

Then on Friday, WHO spokeswoman Margaret Harris flagged as a priority "facilitation of immediate or regular access for health supplies, health workers and patients in and out of Gaza and the establishment of humanitarian corridors." 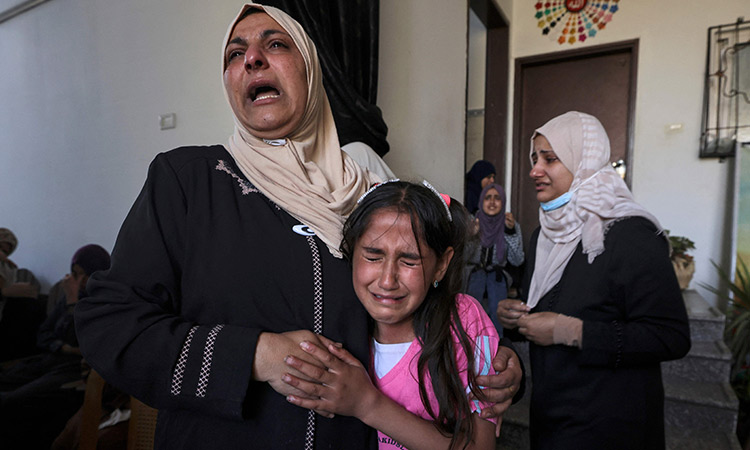 The relatives of Palestinian Mahmoud Shtawi, 19, cry during his funeral in Gaza City. AFP

While some of these funds are also destined for the West Bank, the focus is largely on Gaza, whose only Covid-19 testing facility was put out of action by an air strike and where the electricity is only on for around four hours a day.

The UN's Central Emergency Response Fund said its first aid convoys were to pass into Gaza as early as Friday evening, and that it had released $18.5 million for humanitarian efforts.

Beyond the emergency response, attention will turn to long-term reconstruction in the blockaded enclave. 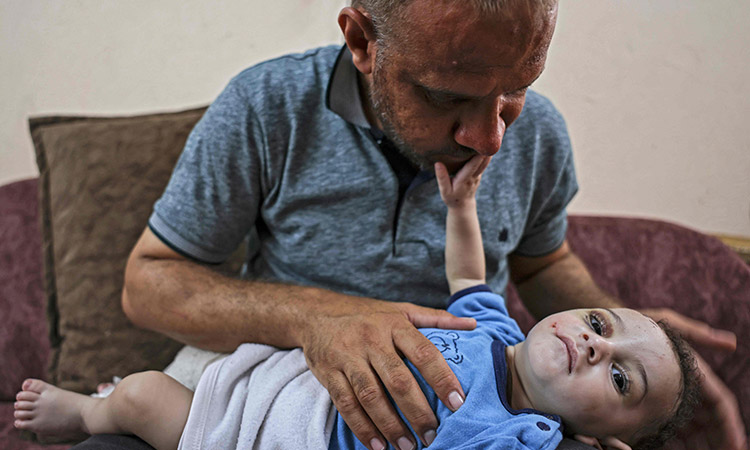 A Palestinian at his brother's house feeding his son — who was pulled alive from under the rubble while his mother and four brothers perished in an Israeli airstrike on May 15. AFP

Fabrizio Carboni, Near and Middle East regional director of the International Committee of the Red Cross, said that "on the blockade, I assume that this is going to be part of a larger political settlement and discussion."

But complications may arise from the fact many foreign governments refuse to engage with Hamas, designated a terrorist organisation by the EU and the US who channel their efforts through the West Bank-based Palestinian Authority, dominated by Hamas' rival Fatah.

US President Joe Biden "has vowed to work with the PA to rehabilitate Gaza while attempting to sideline and weaken Hamas," said Lovatt.

But given Hamas' power on the ground, "such a policy is not only unrealistic... it promises continued crisis".

"Absent concerted international political engagement to... resolve the core drivers that led to this latest conflict, a fifth war with Israel is only a matter of time."