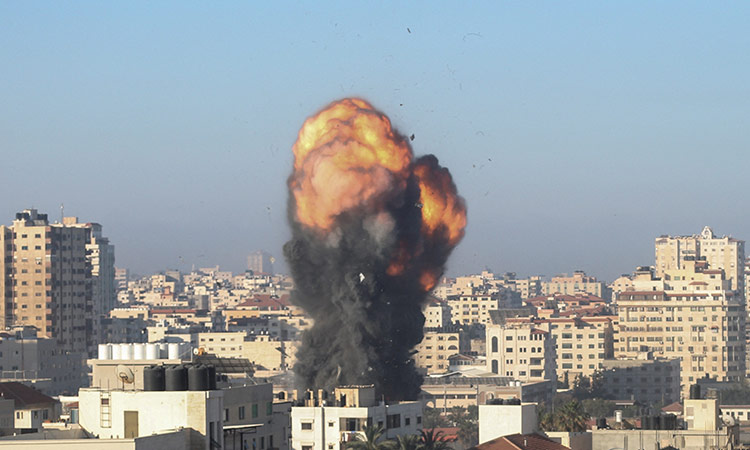 A fireball and smoke billow up into the air during an Israeli airs trike on Gaza City early on Saturday. AFP

A family of 10 were killed early on Saturday in an Israeli air strike on the western Gaza Strip, medics in the Palestinian enclave said.

Israeli planes renewed air strikes in Gaza early on Saturday and Hamas militants responded by firing rockets into Israel as their battle entered a fifth night and US and Arab diplomats sought an end to the violence.

Palestinian medics said at least 12 people were killed overnight in air strikes throughout Gaza. Health officials said a woman and her three children were among the dead after their house was hit in a refugee camp. 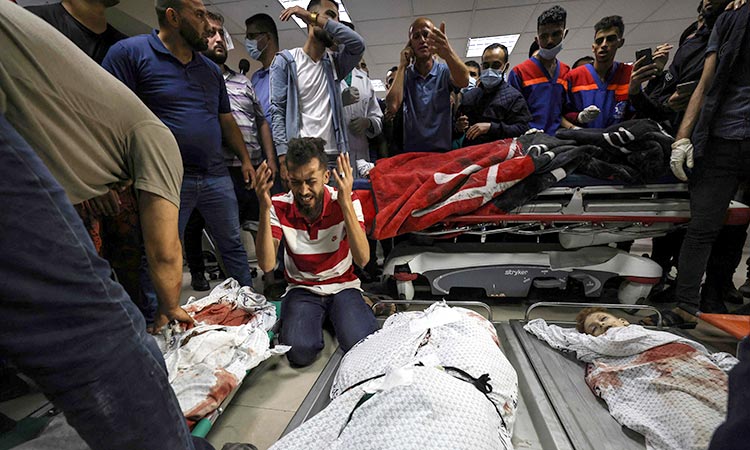 Relatives of the Abo Hatab family mourn over the bodies in Al-Shifa Hospital in Gaza early on Saturday. AFP

Eight children and two women, all belonging to the Abu Hatab family, were killed in the three-storey building in Shati refugee camp that collapsed following an Israeli strike, medical sources said.

The Israeli military said it carried out strikes on a Hamas military intelligence facility and a number of rocket launching sites in northern Gaza. 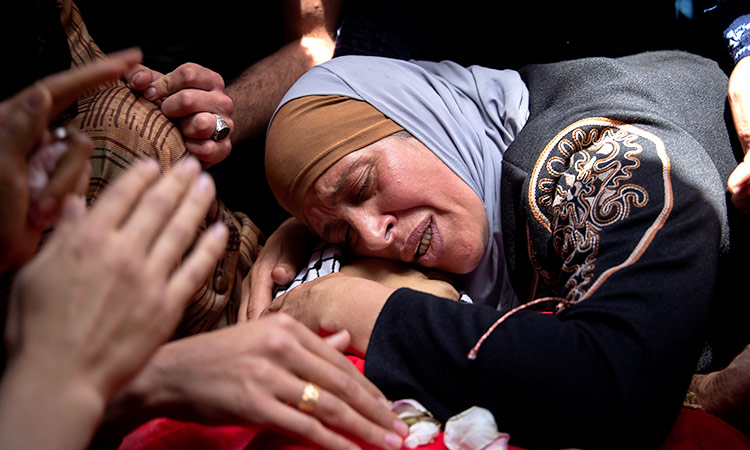 A Palestinian woman mourns over her son, who was killed in clashes with Israeli forces, near the occupied West Bank. AP

Across the border, sirens sounded throughout much of southern Israel, sending residents running for shelter. In the cities of Beersheba and Ashdod buildings were struck by rockets. There were no immediate reports of injuries.

With no sign of an end to the fighting, casualties spread further afield, with Palestinians reporting on Friday 11 killed in the occupied West Bank amid clashes between protesters and Israeli security forces.

At least 132 people have been killed in Gaza since Monday, including 32 children and 21 women, and 950 others wounded, Palestinian medical officials said.

Among the eight dead in Israel were a soldier patrolling the Gaza border and six civilians, including two children, Israeli authorities said. 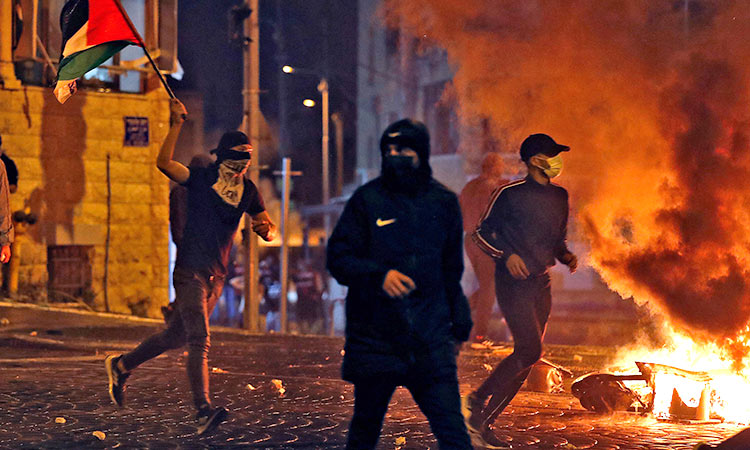 Ahead of a session of the UN Security Council on Sunday to discuss the situation, Biden administration envoy Hady Amr, Deputy Assistant Secretary for Israel and Palestinian Affairs, flew in on Friday.

The US Embassy in Israel said the aim was "to reinforce the need to work toward a sustainable calm."

Israel launched day-long attacks on Friday to destroy what it said were several kilometres of tunnels, launch sites and weapons manufacturing warehouses used by the militants in an effort to halt the rocket attacks. 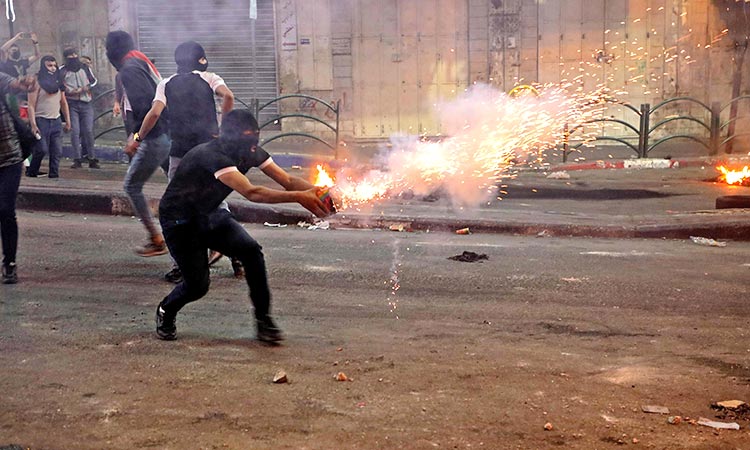 A Palestinian protester launches flares amid clashes with Israeli soldiers in the occupied West Bank. AFP

The Israeli military said more than 2,000 rockets had been fired from Gaza into Israel since the start of the conflict, around half of them intercepted by missile defence systems and 350 fell into the Gaza Strip.

Civil unrest between Jews and Arabs in Israel itself dealt a strong blow to efforts by Prime Minister Benjamin Netanyahu's opponents to unseat the Israeli leader after a series of inconclusive elections, giving rise to expectations Israelis will go to the polls for an unprecedented fifth time in just over two years.