Two planes collide midair above Denver, no one injured - GulfToday 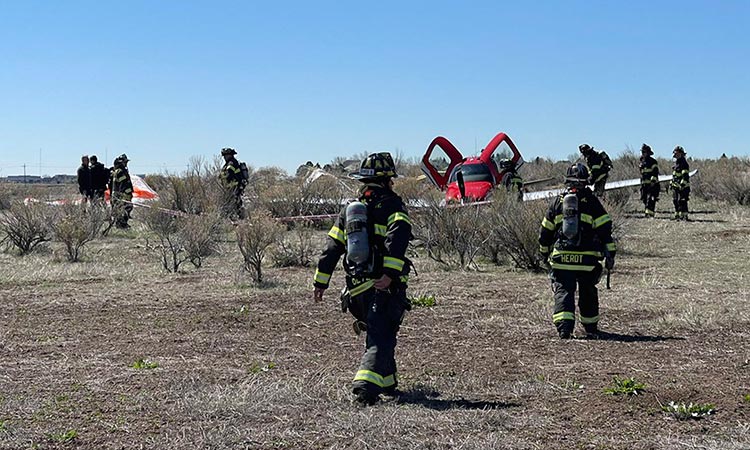 This photo shows a single engine plane landed after a mid-air collision near Denver, on Wednesday. AP

Two small airplanes collided in midair Wednesday near Denver, leaving one aircraft nearly ripped in half and forcing the pilot of the other to deploy a parachute attached to the plane to land safely. Remarkably, no one was injured, officials said.

"Every one of these pilots needs to go buy a lottery ticket right now,” Arapahoe County Sheriff’s Deputy John Bartmann said. "I don’t remember anything like this - especially everybody walking away. I mean that’s the amazing part of this.”

June Cvelbar told the KUSA TV station that she witnessed the collision while walking in Cherry Creek State Park. 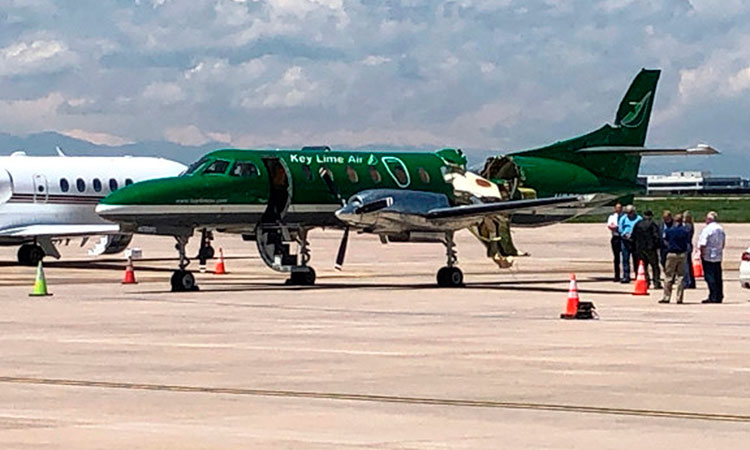 This image shows a Key Lime Air Metroliner that landed safely at Centennial Airport after a mid-air collision. AP

"I saw two planes in the sky. I saw a larger green plane, which I thought was a tow plane, along with what I thought was a glider being towed by it. I heard a noise but didn’t realize that the two planes had collided,′ she told KUSA in an email.

Cvelbar said she saw the green plane fly off and shortly after saw the smaller plane deploy its parachute. She said she initially thought it was a training exercise.

"When I realized that the small plane was going down I ran toward it. The pilot and his passenger were up and about,” Cvelbar said.

The pilot was the only person aboard a twin-engine Fairchild Metroliner that landed at Centennial Airport despite suffering major damage to its tail section. The plane is owned by a Colorado-based company called Key Lime Air that operates cargo aircraft.

A pilot and one passenger were on the other plane, a Cirrus SR22 single-engine plane that unleashed a red and white parachute to float to a safe landing in a field near homes in Cherry Creek State Park, Bartmann said.

It was not immediately known who owned the Cirrus plane, he said.

The National Transportation Safety Board said in a tweet it was sending staff to investigate the incident. Key Lime Air will cooperate with the investigation, the company said in a statement.