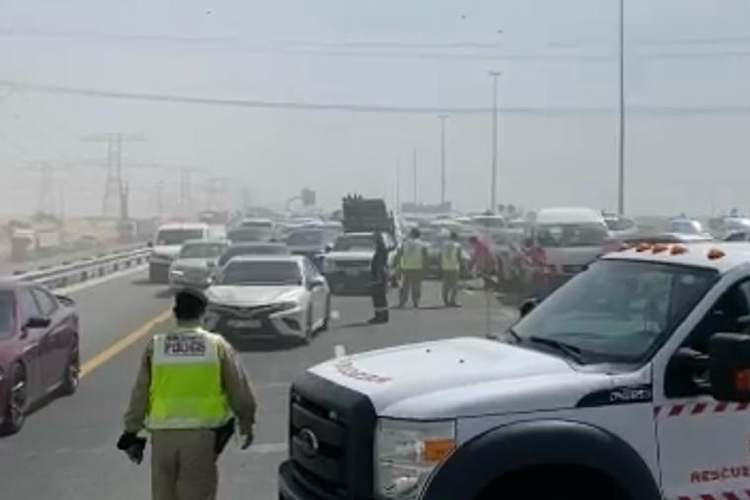 Dubai Police officers arrive at the site of the pile-up.

A collision occurred between 34 vehicles on Emirates Road after Al Qudra Bridge heading towards Sharjah, which resulted in 4 injuries, including a severe injury, a moderate injury, two minor injuries, and a traffic jam.

Brigadier General Saif Muhair Al Mazrouei, Director of the General Traffic Department, said that a report was received by the Command and Control Center management stated that there had been a collision between several vehicles on the Emirates Road after the Al Qudra Bridge heading to Sharjah, as a result of low visibility, and the drivers’ failure to leave a sufficient safety distance. 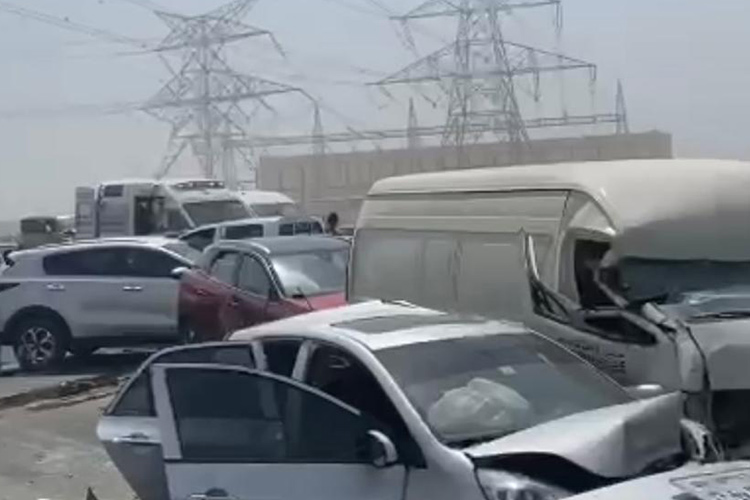 The accident resulted in a series of collisions between other vehicles.

Brigadier Al Mazrouei appealed to drivers to exercise caution while driving in bad weather, and to adhere to security and safety rules, stressing the need to reduce speeds in these circumstances due to lack of visibility. 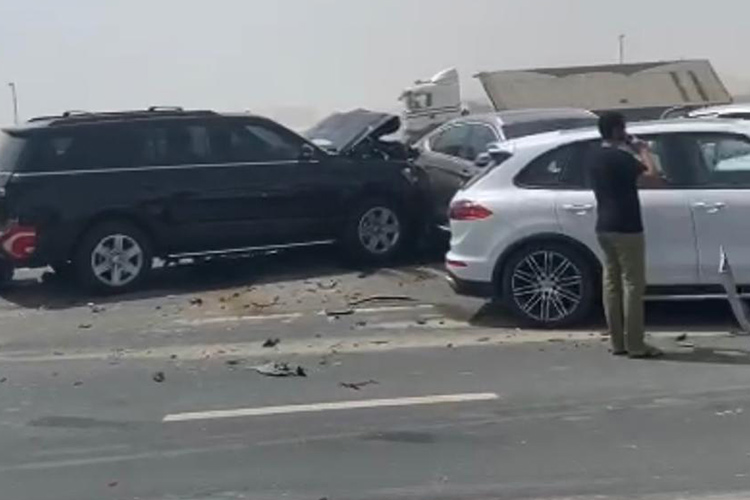 He stressed the importance of reducing the speed and leaving a sufficient distance between vehicles more than the normal distance, avoid overtaking other vehicles, avoid standing in the middle of the road in the event of a minor accident, and avoiding changing lanes except in case of necessity while adhering to the signs indicating the turn.

In addition to not using high beam lights that obstruct the vision of other drivers, the police urge not to use hazard lights while driving, not to be occupied with other than the road, use the windshield wipers, and get rid of the steam that accumulates on the glass inside the vehicle.