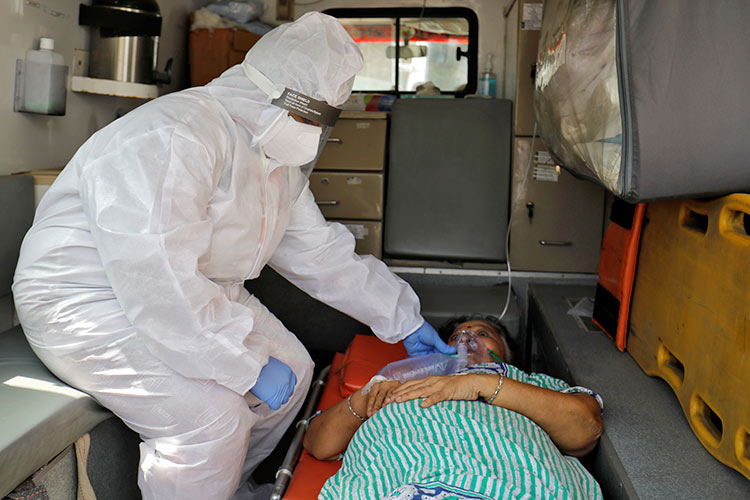 Ankita Patel, a 31-year-old paramedic, adjusts the oxygen mask of a woman inside an ambulance. File/Reuters

A video has gone viral in India showing a man crying and begging in front of the Uttar Pradesh police not to take away his mother’s oxygen cylinder.  His mother, admitted to a private hospital in Agra in Uttar Pradesh for Covid-19 complications, died two hours after the police allegedly took away the oxygen.

Anmol Goyal, 22, was seen in the video begging police outside Upadhyay Hospital in Agra: “My mother will die if you take away her oxygen cylinder.”

Speaking with local media in India, Goyal said: “The only thing that the doctor said would help her – an oxygen cylinder – was taken away from us.”

The reporter who took the video claimed the police had taken away the oxygen cylinder to supply it to a VIP. 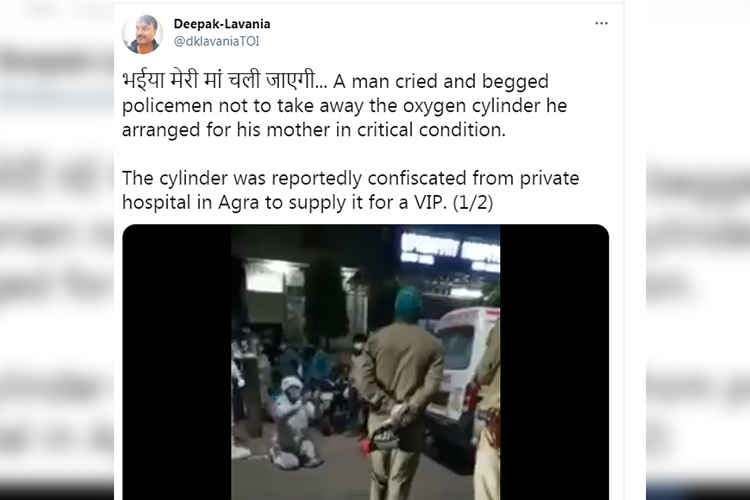 The Goyals maintain that the cylinder was procured with “great difficulty” by them for their mother.

Mr Goyal told the media that when he realised the cylinder was being taken away, he was left with no choice and tried to stop the men. Outside, he knelt down with folded hands and cried: “My mother will die.”

He told The Wire: “When I asked the ward boys why they were taking away our oxygen cylinder, they told me that they want to save somebody’s life. Who is that somebody? And is my mother’s life not valuable enough?”

Mr Goyal’s younger 17-year-old brother Ansh had gone out to buy a regulator after realising that they would need one for the cylinder to work. The two brothers had placed the oxygen cylinder next to their mother’s bed in the hospital. Usha Goyal, 53, had complained of breathlessness on 26 April. Doctors earlier told the brothers that the hospital didn’t have any oxygen left.

“If you have any contacts, you will know how to arrange one,” one told them.

When the younger Goyal brother returned from the market with a regulator, his brother told him that their mother’s oxygen had been taken away. He told the media: “I tried talking to the hospital staff but they did not speak to me. They started shooing me away, saying that I should stay away from them as coronavirus is spreading.”

He added: “Three days ago, there was some oxygen shortage in the district because of which we were helping patients to refill cylinders. The person is crying only because he was requesting the police to help him with a cylinder.”

According to the ministry of health and family welfare data, Friday, India saw a total of some 386,000 Covid positive cases in the past 24 hours and about 3,498 deaths. 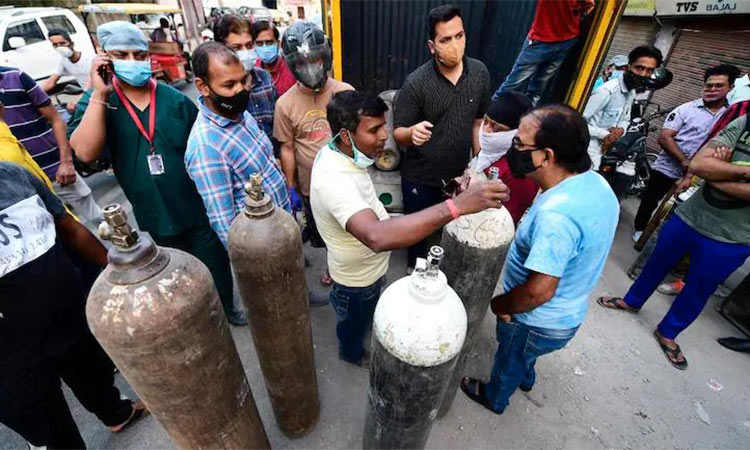 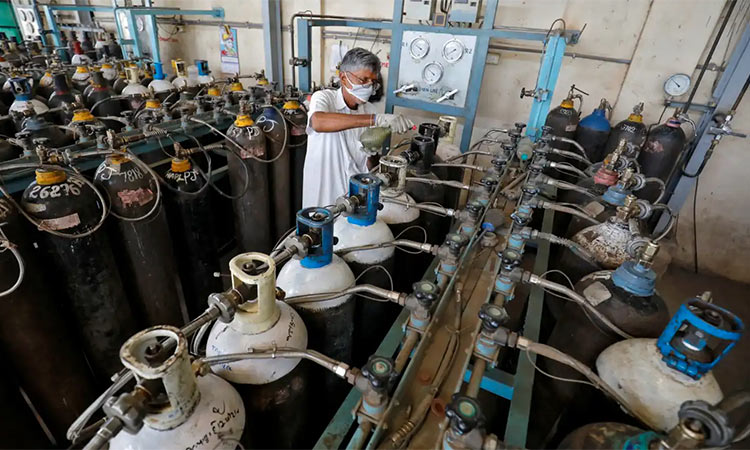 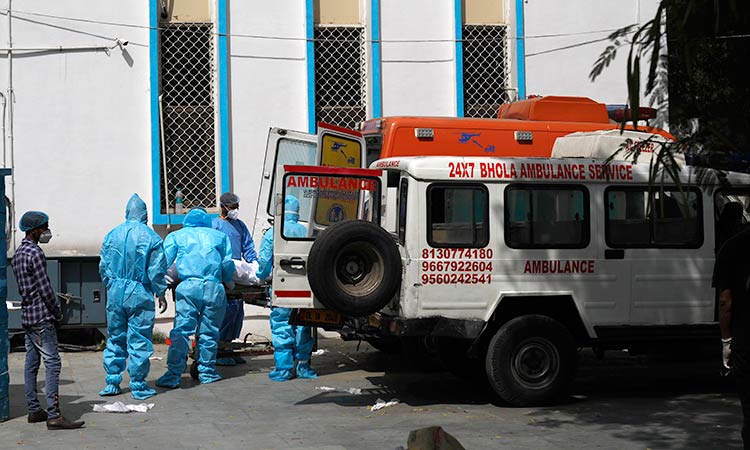 India hospitals are now grappling to get oxygen for COVID-19 patients. Over 20 patients have died in a renowned hospital in Delhi, due to lack of oxygen. Hospitals, cities, states are fighting for oxygen (“Indian hospitals plead for oxygen; submit national plan, SC tells Modi,” April 24, Gulf Today).