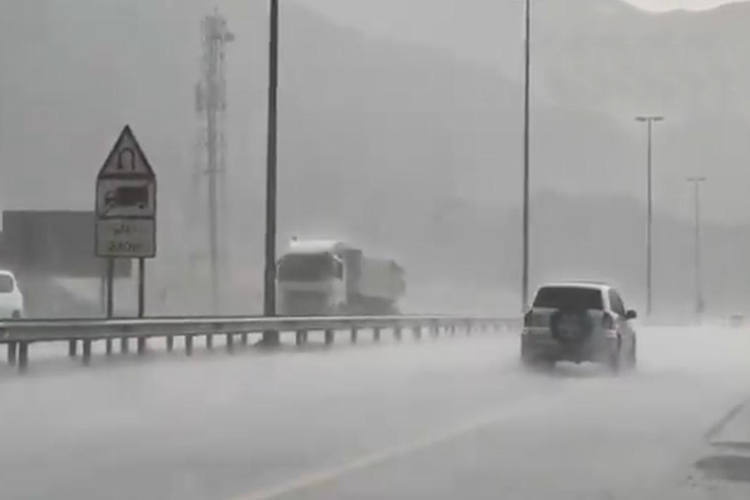 Cars move at a slow pace during heavy rain.

A dust storm swept most areas of the country on Wednesday evening, causing a decrease in the level of horizontal visibility due to the influence of dust and sand raised by blowing of winds, the National Center of Meteorology (NCM) said, advising motorists to exercise caution while driving during these weather fluctuations.

It has also stated that various parts in the country on Monday witnessed rainfall of different intensity as result of extension of a surface low pressure, accompanied with an extension of an upper air low pressure coming from the northwest.

The (NCM) further explained that it had carried out 10 cloud seeding operations, during the past three days, covering most areas of the country.

The clouds towered over the northern and eastern parts in the country accompanied by light to medium and heavy rainfall with fall of hailstones on those areas, the NCM added.

“This condition of weather is expected to remain until Thursday, due to the continued impact of those depressions on the country,” the NCM said. 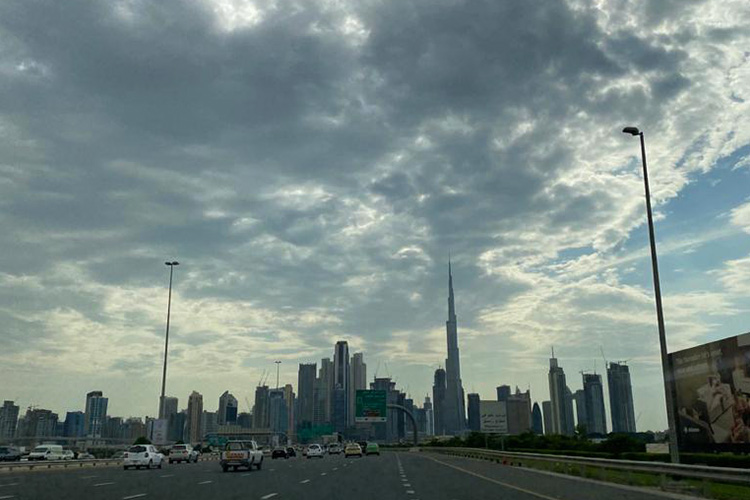 Light rain began to fall on Mushrif, Khaldiya, Bahia, Hudayriat Island, Saadiyat Island, and separate areas in Abu Dhabi. It was light to moderate on Al Farfar in Fujairah, on Sheikha Salama Bint Butti Road / East of Madinat Zayed in Al Dhafra region, on Khor Fakkan in Sharjah, and Manama in Ajman. While, it was heavy hailstones on Al Halah and Dibba in Fujairah.

The NCM appealed to individuals to exercise caution and take precautions while driving vehicles during rainfall or the lack of horizontal visibility, due to rainfall and winds. It also advised the public to stay away from places where water collects and surface run-offs.

Jebel Jais in Ras Al Khaimah recorded the lowest temperature ever in the country on Wednesday at 20.8ºC at 05:15 am, the NCM added.

The NCM also stated that the weather on Thursday is expected to be partly cloudy to cloudy at times, accompanied with some convective clouds over some areas, associated with rainfall and a decrease in temperatures. Moderate to fresh westerly to northwesterly and northeasterly winds, strengthening at times with the cloud activity, causing blowing dust and sand reducing the horizontal visibility, with a speed of 15–25 reaching 45km/hr. The sea will be moderate, becoming rough at times in the Arabian Gulf and in the Oman Sea.

The weather on Friday is expected to be fair to partly cloudy at times with a chance of cloud formation may be convictive during day time over some eastern and northern areas. Light to moderate westerly to northwesterly winds, freshening at times causing blowing dust at times, with a speed of 15–25 reaching 40km/hr. The sea will be slight to moderate in the Arabian Gulf and in the Oman Sea.

Meanwhile, on Saturday it is expected to be fair to partly cloudy at times, with an increase in temperatures. Light to moderate southeasterly to northeasterly, with a speed of 10–20 reaching 30km/hr. The sea will be slight in the Arabian Gulf and in the Oman Sea.