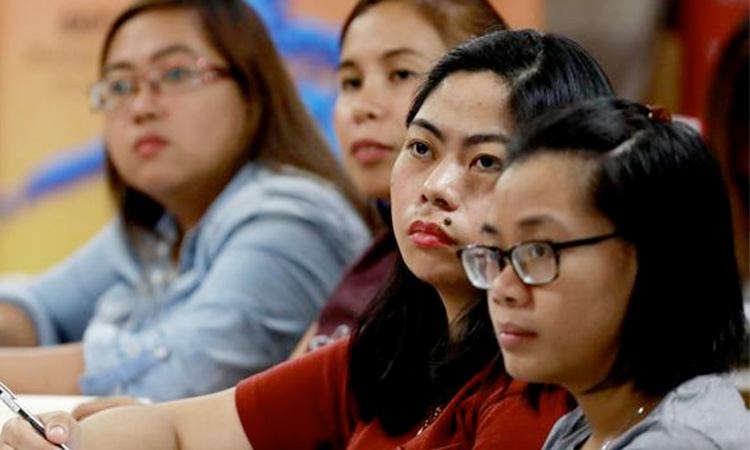 The commitment of all Philippine politicians/public servants with regard to the protection of the rights and welfare of overseas Filipinos (OFs) has been raised while the sincerity of legislators in passing a law for the proposed Department of Overseas Filipinos (DOFIL) has been put in question.

This happened on Thursday when the Office of Philippine Senator Emmanuel Joel Jose “Joel” Villanueva hosted a worldwide “Public Consultation with Overseas Filipinos” which ran way past the original 9 a.m. to 11 a.m. UAE /1 p.m. to 3 p.m. Philippine schedule to nearly six hours. Eight hundred OFs across Asia, Australia, the Americas and Europe were announced to have logged in by 10 a.m.

According to Villanueva, the Thursday consultation was “either the fifth or sixth” he and his staff had undertaken to get the pulse of all public/private stakeholders for the proposed DOFIL, a one-stop shop for all the required documentation procedures/services by departing/on-site/returning OFs. DOFIL is among the mandates of President Duterte who wants to unburden all OFs and their families of long-standing challenges namely bureaucratic red tape, corruption, human trafficking, repatriation and reintegration. The crux is how to have the DOFIL set-up when Duterte’s term of office ends in June 2022 and as per the Philippine Constitution is barred for re-election. Ongoing multi-sectoral consultations are necessary for the Senate Committee level hearing early part of May that leads to the formation of a Technical Working Group responsible for the formulation of a Draft Bill to be presented and defended at a still undated Senate plenary session. Consequent Implementing Rules and Regulations would only be crafted when the bill — with a corresponding Draft Bill from the House of Representatives — is passed and consequently signed into law by Duterte.

On Thursday, Gulf Today heard the OFWs’ support, angst, doubts and misgivings on the creation of DOFIL. Heard also were the usual first-hand/third person OFW sob stories pertaining to human trafficking and maltreatment, the insecurities of illegal entry and being/becoming undocumented, the unexpected unsupportive foreign service personnel, through decades and under various Philippine presidents. Witnessed was the consequent brain drain, arising from the decision of one in every 10 Filipinos to live and work abroad. Among the 800 were articulate OFs — including from the UAE, Saudi Arabia, Oman, Qatar, Kuwait — who intelligently presented their respective arguments. Rights Corridor managing director Froilan Malit Jr. agreed on the observation that the Gulf OFWs “did very well.”

The 800 pointed out that should the lawmakers/politicians are for the rights and privileges of all OFs (contract workers and migrants), then, they must see to it that this is established before the May 2022 presidential elections. They said this has been a long-drawn topic which needs urgent action. Some claimed they had forwarded position papers a year after Duterte assumed office in June 2016.

OFW Veterans Association (Saudi Arabia) chairman Eli Mua verbally and wrote at the chat box what had been repeatedly expressed. That DOFIL must be manned by former OFWs because it is only OFWs who understand and know what to do regarding their individual and collective plights. He directed at Villanueva in Filipino: “With due respect, just make sure that when you are no longer a senator and when the Duterte Administration (ceases), the next set of (reigning) government officials and politicians would neither sabotage nor convert DOFIL into a milking cow. Only people with at least two years of working overseas are qualified at DOFIL because it is only us OFWs who know (our sentiments and needs).” Danilo Robles from Greece seconded Mua and used “may malasakit” — people genuinely concerned of others (OFs). Domestic worker Tessie Lilangin said solution is to ax and recall erring officials or else create a Department of Tulfo, referring to broadcast journalist Raffy Tulfo who acts swiftly any problems of any Filipino. 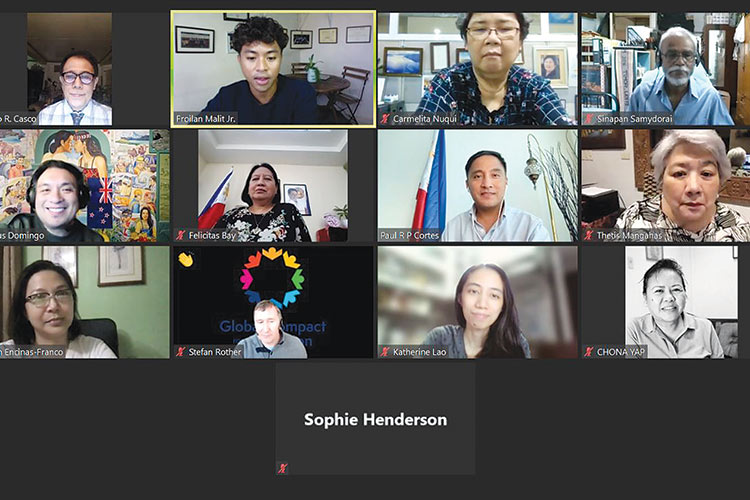