One dead, at least five wounded in Texas shooting - GulfToday

One dead, at least five wounded in Texas shooting 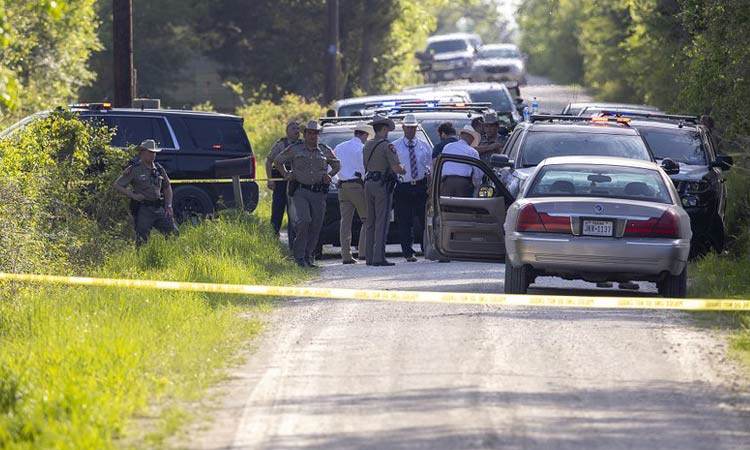 First responders work at the scene of the apprehension of a suspect at a residence in Bedias. AP

One person was killed and at least five wounded in a shooting at a business in Texas on Thursday, just hours after US President Joe Biden called gun violence an "epidemic" and unveiled plans to tackle the crisis.

Larry Bollin, 27, was named as the main suspect in the shooting and charged with murder, according to a tweet by the police department in the east Texas town of Bryan where the attack took place.

Bryan Police Chief Eric Buske told reporters he believes the suspect, whose name wasn’t immediately released, is an employee at the Kent Moore Cabinets location where the shooting happened. He said investigators believe the man was solely responsible for the attack, which happened around 2:30pm., and that he was gone by the time officers arrived, according to The Associated Press. 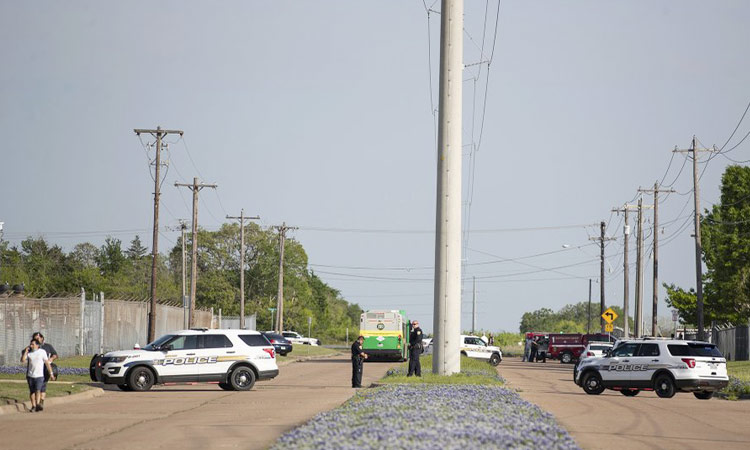 Police responded to a shooting at Kent Moore Cabinets in Bryan, Texas. AP

Grimes County Sheriff Don Sowell said about two hours after the attack, the suspect was arrested in Bedias, a tiny community about 25 miles (40 kilometers) northeast of Bryan.

Investigators were still trying to determine the motive for the attack, authorities said.

The Bureau of Alcohol, Tobacco, Firearms and Explosives sent agents and dogs to the shooting scene, said spokesman Deon Washington. Police asked people to stay away from the business during the investigation.

Bryan is about 100 miles (160 kilometres) northwest of Houston and is near Texas A&M University. With more than 86,000 residents, it is the seat of Brazos County.

A person who answered the phone at Kent Moore Cabinets’ headquarters in Bryan said she couldn’t provide any information on the shooting. The company, which makes custom cabinets, has design centers in nearly a dozen Texas cities and employs more than 600 people, according to its website.

“I have been working closely with the Texas Department of Public Safety and the Texas Rangers as they assist local law enforcement on a swift response to this criminal act. Their efforts led to the arrest of the shooting suspect.”