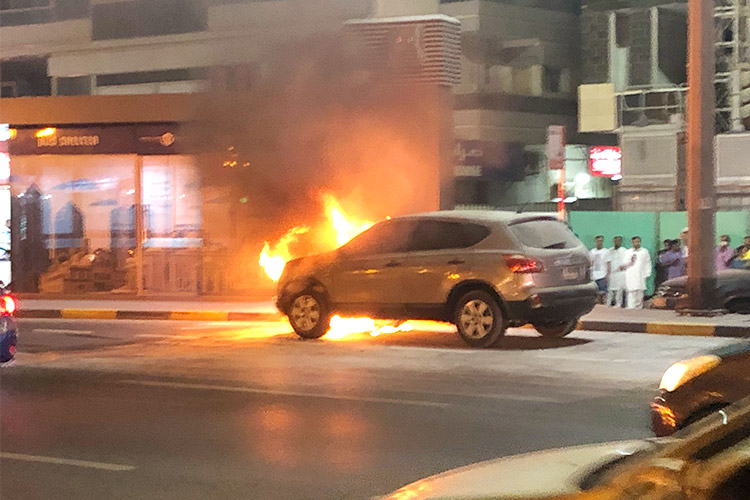 An Arab man's celebrations on the birth of his newborn went wrong when firecrackers he was using burned five vehicles and damaged front facades of five neighbouring houses.

The man was recently arrested by Dubai Police.

Police teams along with ambulances and civil defence teams immediately rushed to the scene.

The fire was extinguished and the young father was arrested along with two friends who co-operated in hiding the fireworks.

Community members were urged not to use fireworks during celebrations and bear in mind that their consequences could be fatal.

Police also called on individuals to help protect the society and contribute in maintaining safety of others by reporting those who use fireworks and endanger others.

Recently, the Dubai Criminal sentenced an Asian man to 3 months in jail, followed by deportation, for attempting to steal a moneybox placed inside a labor camp’s laundry.

The incident took place in October 2020, when the camp’s security guard witnessed the defendant trying to break into the moneybox placed inside the laundry.

Once the defendant noticed the presence of the guard, he immediately fled the place.

However, the guard managed to catch the defendant and called police to report the incident.

Police officers arrived to the scene to place the defendant under arrest, and he confessed to aiming to steal the money inside the box.

The defendant was prosecuted on robbery charges and was sentenced to 3 months in jail for the crime.