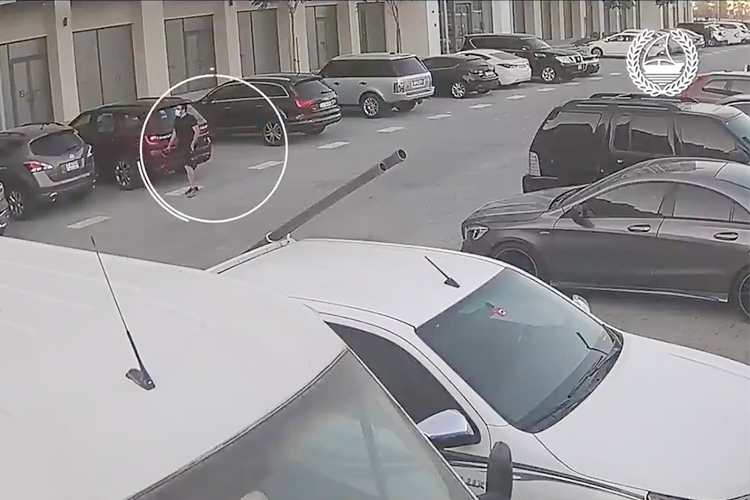 A videograb shows the suspect under surveillance in Dubai.

Lieutenant General Abdullah Khalifa Al Marri, Commander-in-Chief of Dubai Police, said the arrest is another achievement to the fruitful cooperation between Dubai Police and international law enforcement agencies towards ensuring the world’s security and safety. 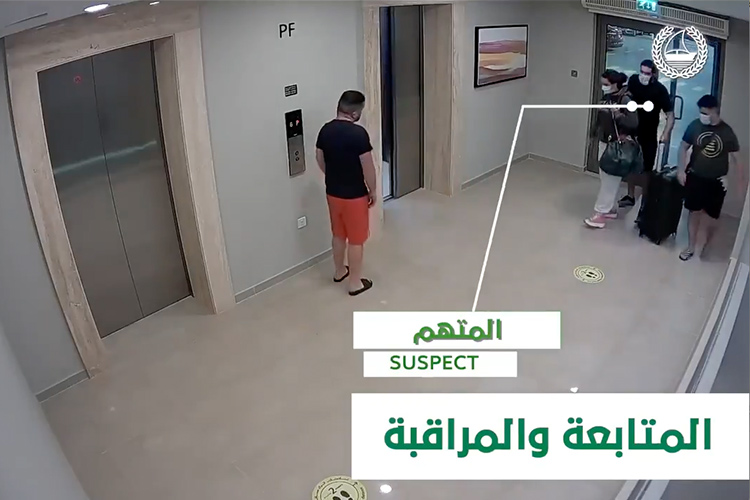 Bouchibi arrives at a hotel in Dubai.

He praised the tremendous efforts made by the force's team from the General Department of Criminal Investigation who located, tracked, and arrested the suspect shortly after receiving the Interpol’s Red Notice.

He praised the close cooperation between the French Anti-Narcotics Agency (OFAST) and the Dubai Police that led to the arrest of Bouchibi.

According to Brigadier Jamal Salem Al-Jallaf, director of the General Department of Criminal Investigation (CID), Bouchibi, eluded detectives for more than a decade and became a global trafficker importing 60 tonnes of drugs to Europe every year with an estimated annual street value of 70 million euros ($82.6m). “In 2015, the Bordeaux Court sentenced Bouchibi to 20 years,” he said. 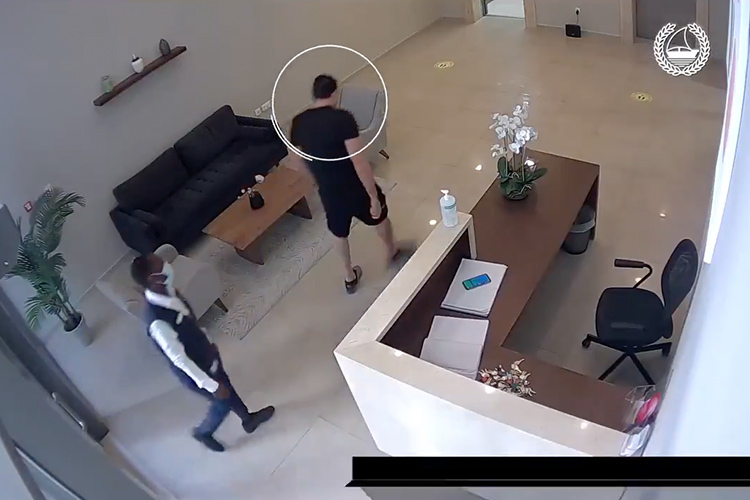 Bouchibi walks through a hotel lobby in Dubai.

Al-Jallaf added that they arrested the man, who had entered the state under a false identity, shortly after they received Interpol’s red notice against him.  “Although French detectives had only a photo of Bouchibi from more than 20 years ago, our teams were able to identify Mouf’s whereabouts by analysing available data, pictures and videos, and harnessing the latest artificial intelligence techniques available at the Criminal Data Analysis Centre,” he added.

Al-Jallaf revealed that Bouchibi had not made a single transaction or purchase under his real name since his arrival in Dubai. “He was hiding under several names as if he did not exist at all, which posed a great challenge to our detectives who have always shown exceptional professionalism in analysing available information and utilising the latest technologies to serve justice and track down criminals,” Al-Jallaf continued.

The director of Dubai Police CID explained that the arrest of ‘Mouf’ reflects the fruitful cooperation between Dubai Police, the French authorities and Interpol. He added that Dubai Police have carried out the entire operation since the moment they received the Red Notice until the arrest's zero hour.

“As soon as our officers conclude the investigation, Bouchibi will be referred to the Public Prosecution for further legal action, and the UAE Ministry of Justice will determine the mechanism for his extradition per existing understandings and agreements with the Interpol,” Al-Jallaf concluded. 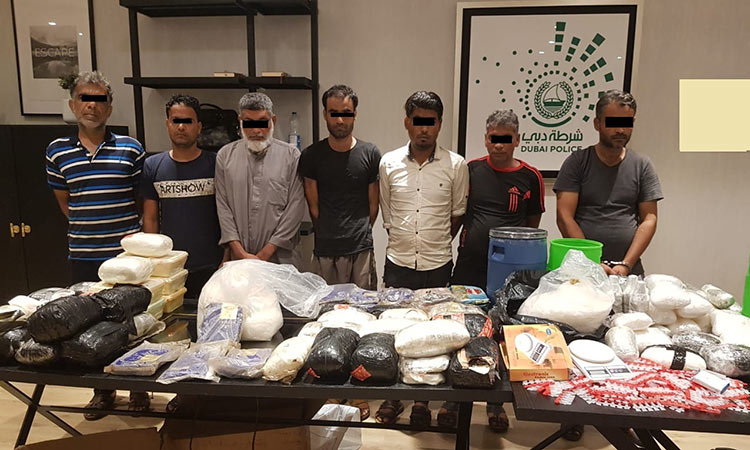 12 Asian national suspects have been arrested from the two gangs, who possessed 194kg of drug-weight, which has been successfully seized.