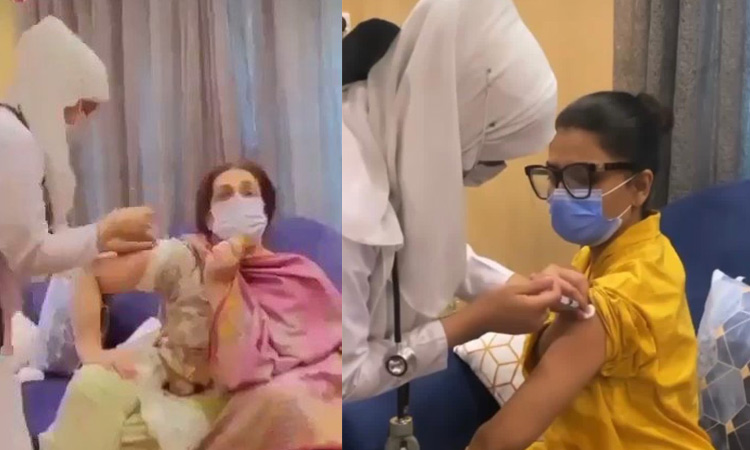 The vaccination process in Pakistan has been under severe scrutiny since it first began. Senior citizens over the age of 60 are being prioritised to receive the first and second dose as instructed by the government.

A video of the minister and his family getting vaccinated went viral on social media. While many lashed out at Cheema for getting his family members and dear ones vaccinated out of turn, one of the recipients of the jab was veteran actor Iffat Omar.

The National Command and Operation Centre (NCOC) has decided to hold an inquiry into a video clip in which family members of Cheema of the Pakistan Muslim League-Quaid (PML-Q), which is an ally of the ruling Pakistan Tehrik-e-Insaf (PTI), are shown being vaccinated. 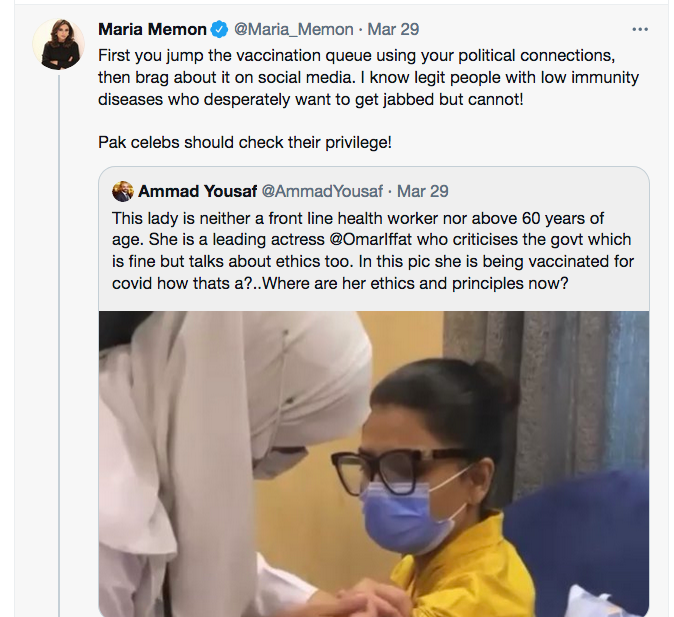 "We have learnt that a number of segments of society are involved in such practice. People are vaccinated and they are included in the list of healthcare workers. During a meeting of the NCOC it was decided to first inquire that whether the family members of the minister were vaccinated in Islamabad or Punjab,” Federal Minister for Planning and Development Asad Umar told a news channel.

Cheema came under fire after video clips surfaced on social media showing him sitting and some people of less than 60 years being vaccinated. He has "clarified” that a team of the University of Health Sciences (UHS) had visited them to administer a vaccine during a clinical trial. 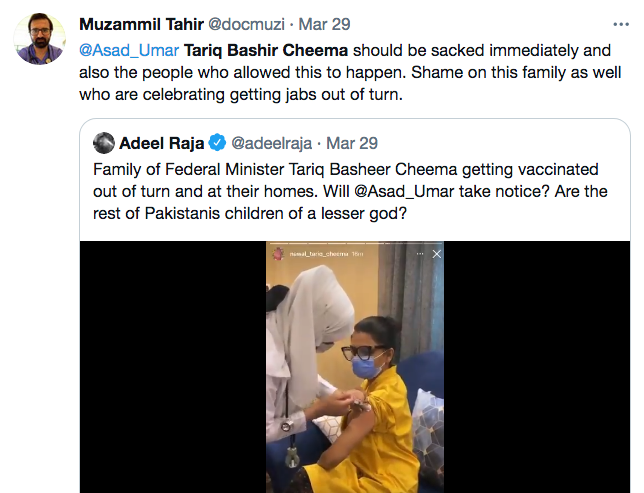 According to Umar, unfortunately it is the psyche of the people that they try to grab things by violating the law. "However on the other hand we have examples that President of Pakistan Dr Arif Alvi waited for his turn and got the jab when it was due,” he said. 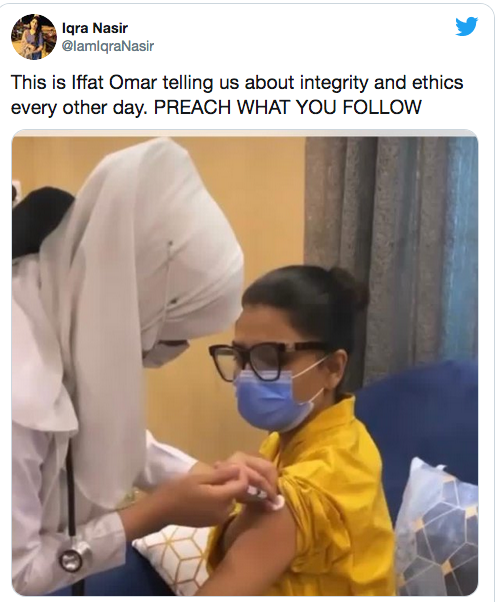 An official said that unfortunately a large number of people were being vaccinated without being in the queue.

"Umar has a number of times pointed out that vaccines should be administered only on merit. However, the violation could not be stopped. On the one hand a large number of people are not ready to get themselves vaccinated and on the other some people are so eager that they don’t want to wait for their turn,” the official said. 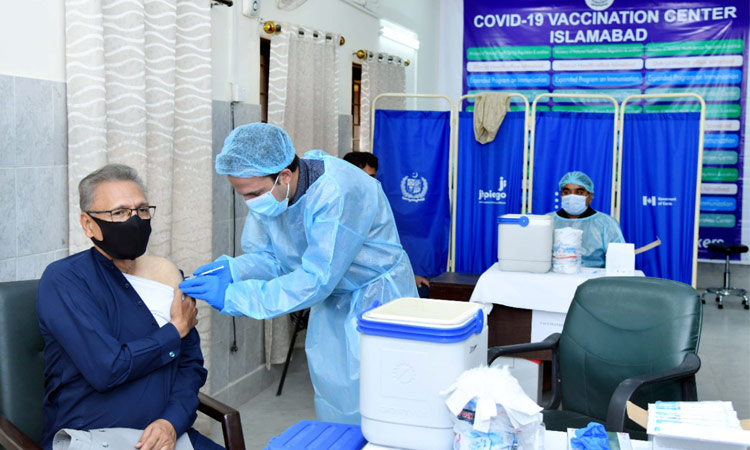 "I got myself registered at 1166 and got the jab after being informed regarding the venue and date of the vaccination via the helpline,” he said while lauding the government for devising a transparent process in this regard.