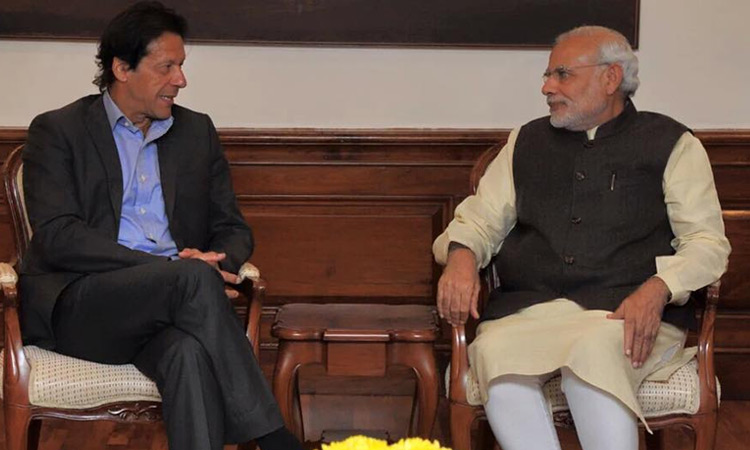 Imran Khan in a meeting with Narendra Modi in 2015. Twitter photo

Modi had written to Imran Khan on the occasion of Pakistan's Republic Day on March 23, also calling for peaceful relations between the two nuclear-armed neighbours.

Dated March 29, the letter wasn't officially released by either side but the official, speaking on anonymity, confirmed its contents which were shared widely on social media.

"The people of Pakistan also desire peaceful, cooperative relations with all neighbours, including India," Imran Khan said in his reply, adding, "I thank you for your letter conveying greetings on Pakistan Day." 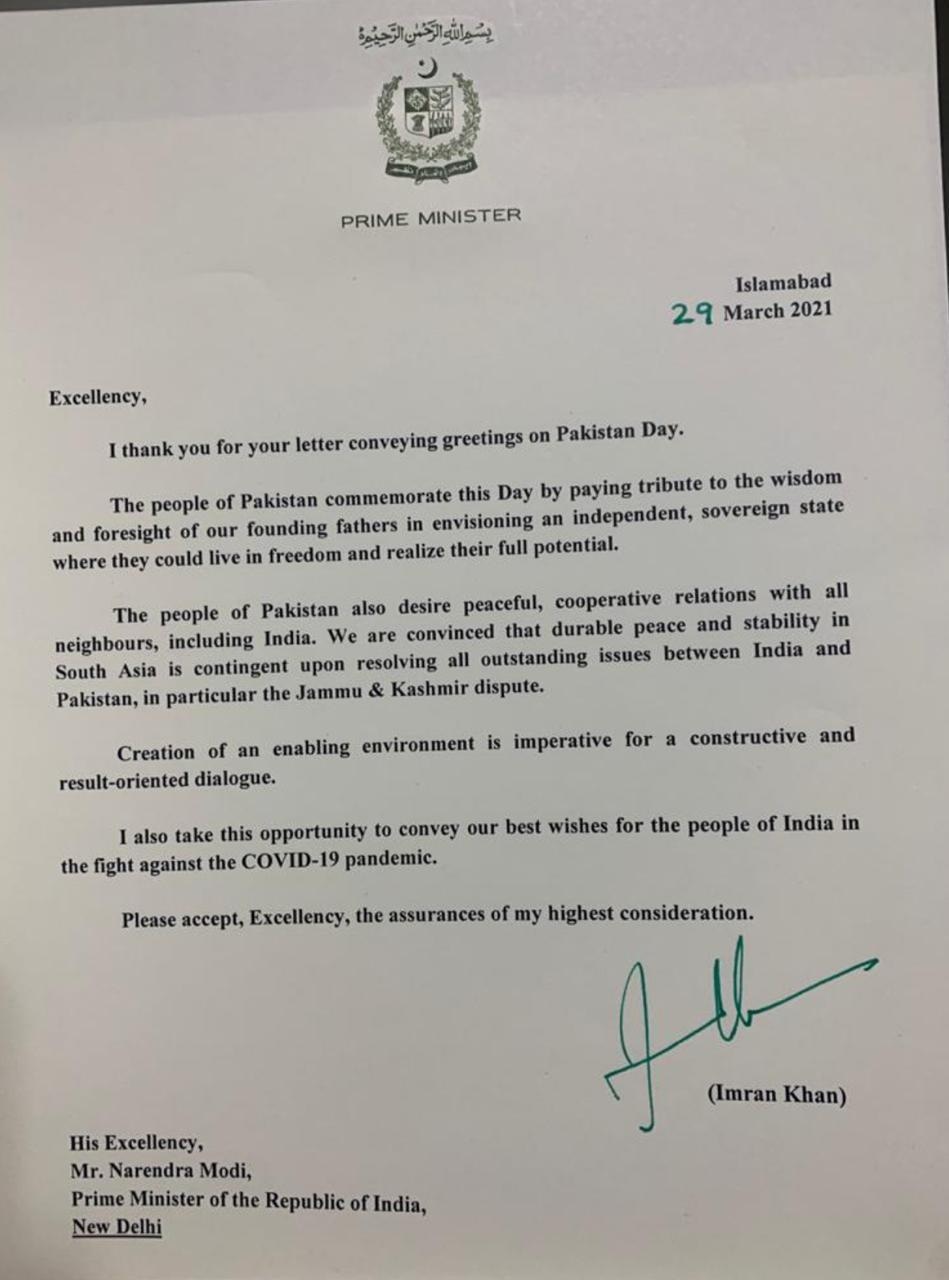 Neither the Indian or Pakistani foreign ministries responded to requests for comment.

Pakistan's Dawn newspaper quoted Modi's letter on March 23, Modi as saying that "India desires cordial relations with the people of Pakistan" and "for this, an environment of trust, devoid of terror and hostility, is imperative."

Pakistani army chief General Qamar Javed Bajwa has called on both the nations to bury the past after the militaries of both countries released a rare joint statement last month announcing a ceasefire along a disputed border in Kashmir.