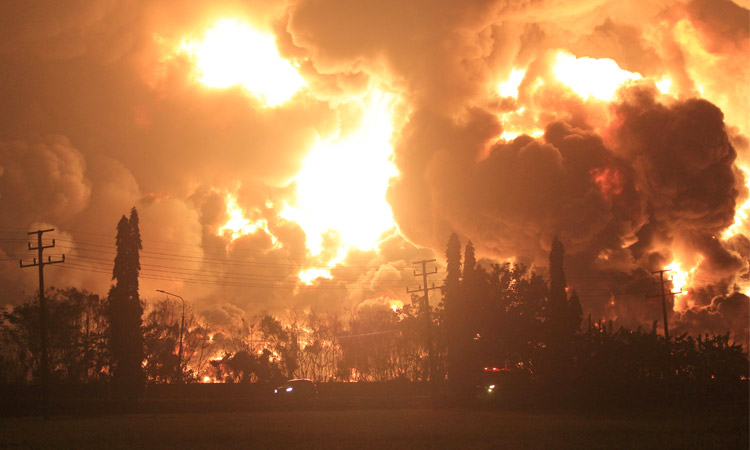 Indonesian state oil company Pertamina said on Monday it has shut its Balongan oil refinery in West Java as it battles to control a massive fire that broke out overnight, injuring five people.

The fire started just after midnight, local media reported, while Pertamina said in a statement it broke out during bad weather. It was conducting “oil flow control” to prevent any further spread. 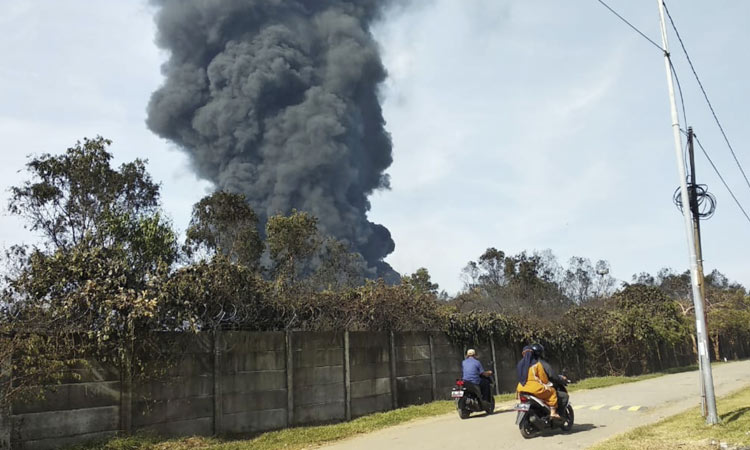 Motorists ride past as thick smoke billows from a fire that razes through Pertamina Balongan Refinery in Indramayu, West Java, Indonesia. AP

“The cause of the fire is unknown, but during the incident there was heavy rain and lightning,” it said.

Pertamina spokesman Ifki Sukarya said five people were being treated in hospital for burns, adding that some were passing near the refinery when the fire broke out. No Pertamina staff were hurt, he said.

The fire was concentrated in the refinery's storage units, and there had been no impact on the processing plant, Pertamina said. 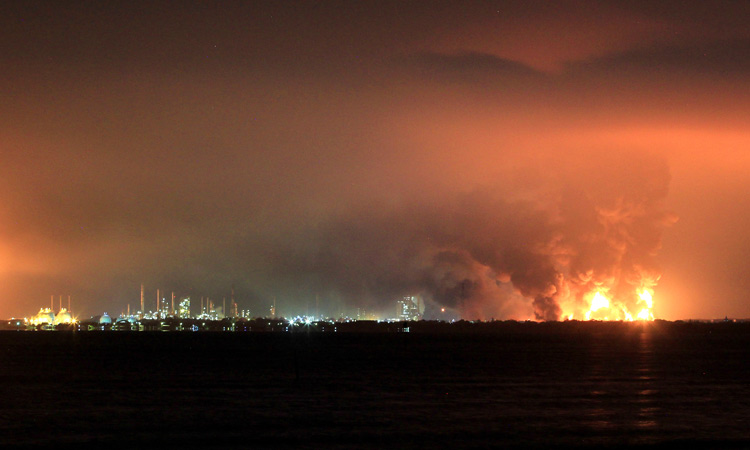 Balongan, one of Pertamina's biggest refineries, processes crude oil from the Duri and Minas fields in Riau province and supplies fuel to Jakarta and the western regions of Java island.

Television footage showed the fire still raging on Monday morning and a massive column of black smoke rising from the site, which is about 225 km east of the capital Jakarta.

West Java police will be involved in the investigation into the cause of the fire, police spokesman Erdi Chaniago told Reuters.

“We are securing the location at the moment, since the fire is still going. We can't examine the scene yet, cooling down needed to be conducted first by Pertamina,” he said.

A nearby resident told Metro TV she was awoken by a pungent smell of oil fumes and saw lightning strikes in the sky.

“We smelled a strong fuel scent first, so strong that my nose hurt, while we heard lightning strikes,” said Susi, who gave only one name

“Suddenly the sky was orange,” she said.

The refinery is expected to receive about 600,000 barrels of Rabi crude from Gabon onboard tanker Aristodimos on April 10, shipping data on Refinitiv Eikon showed.

Pertamina's Cilacap refinery in Central Java should be able to help meet any supply shortage in the short term, but repairs could take months depending on the damage, Mamit Setiawan, executive director of think tank Energy Watch said.

“I hope Pertamina maintains a good quick response, both in fire mitigation and in fuel supply to the community,” he said. 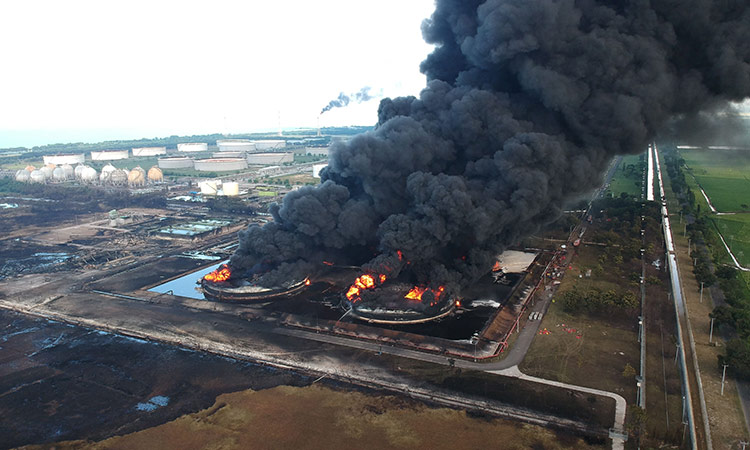 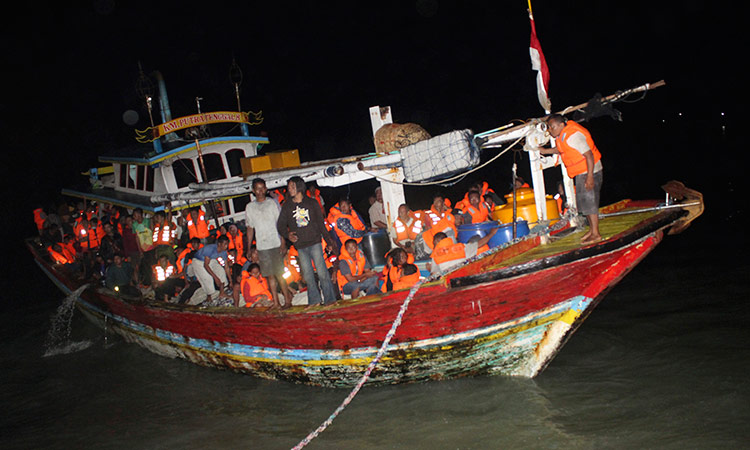 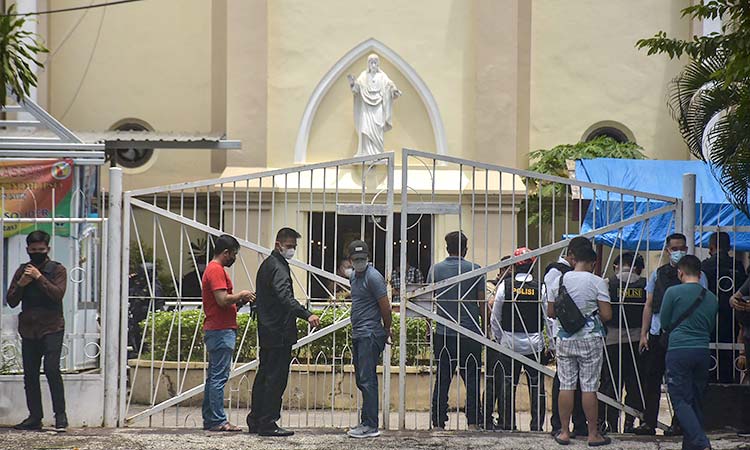 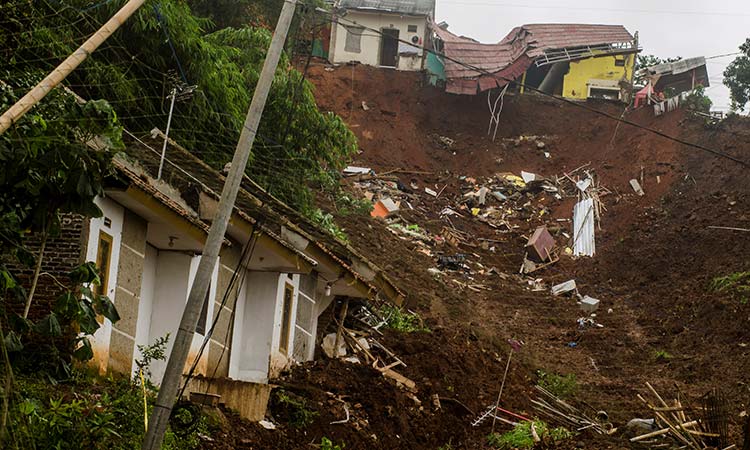