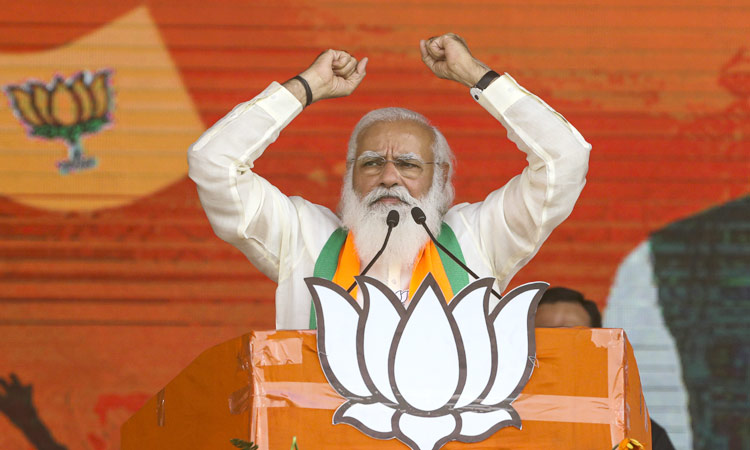 India’s Prime Minister Narendra Modi and his Hindu nationalist party are making a serious bid for electoral victories in three states that have sizeable minority Muslim populations. But the Bharatiya Janata Party has for years been accused of stoking religious polarization and discriminating against minorities, and faces stiff challenges making inroads in the local elections.

The BJP has soared in Hindu-dominated regions in central and northern India since Modi was elected in 2014. The upcoming state elections are seen as crucial for the party to gain a foothold in the northeast and south. The prime minister also wants to project the BJP as a national party, replacing a dynastic Congress party that governed India for more than six decades after independence from British rule in 1947. 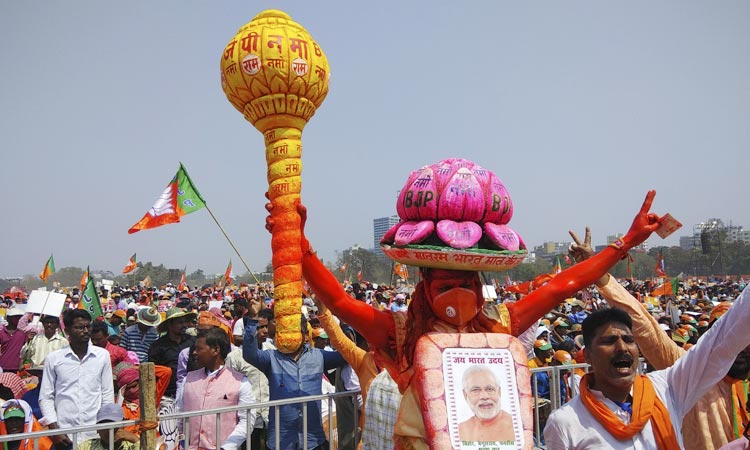 The run-up to the elections - which begin Saturday and are spread over a month, with results declared May 2 - has been nothing short of dramatic.

In West Bengal, rival groups have attacked each other with sticks and rocks, and even set vehicles on fire. Images of the fiery and determined Banerjee, 66, who’s been addressing massive crowds from a wheelchair after a leg injury, have set the tone for a tough battle.

The elections also come as tens of thousands of farmers have rattled Modi’s government with monthslong protests on the fringes of the capital, New Delhi. And India’s economy, which was battered by the pandemic, is still struggling to emerge out of the crisis - another pivotal challenge for Modi, who came into office partly on promises of economic development. Coronavirus cases are surging steadily nationwide, after dropping earlier this year. 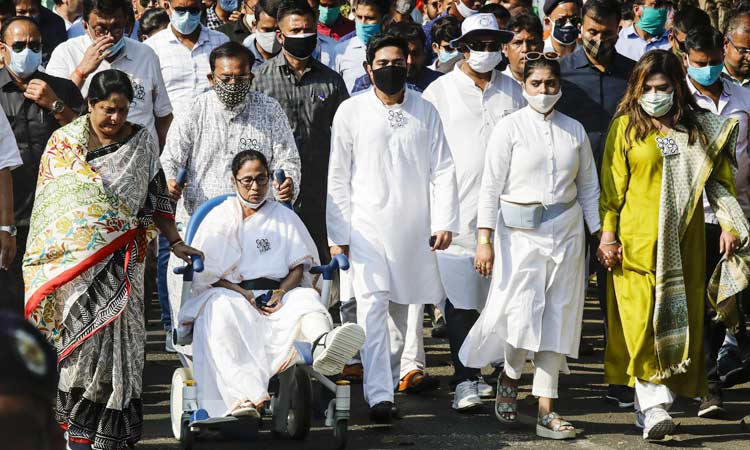 Down south, experts say the BJP’s chances remain low. The party is vying for a third spot in Kerala, currently ruled by a Communist Party-led government. And in legislative elections being held in Tamil Nadu in April, both the BJP and main opposition Congress party have allied with powerful regional parties as junior partners.

But in West Bengal and Assam, the BJP is banking on its strong Hindu nationalist ideology to draw votes. The party is trying to galvanize Hindu support by promising to deport hundreds of thousands of Bangladeshi Muslims who fled decades ago to neighboring West Bengal and Assam. In 2018, Home Minister Amit Shah described them as “termites” eating into India’s resources.

The BJP also enacted a controversial citizenship law in 2019 that provides a fast track to naturalization for some migrants who entered the country illegally while fleeing religious persecution. But it excludes Muslims, which critics say is discriminatory and a violation of India’s Constitution. 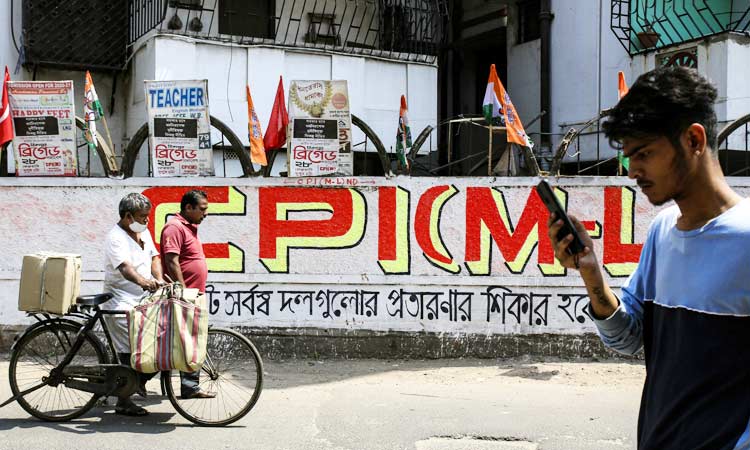 Pedestrians walk past a painted wall by a political campaign ahead of the upcoming elections in West Bengal state in Kolkata, India. File/AP

Nationwide, Muslims comprise nearly 14% of the 1.4 billion population, while Hindus make up 80%.

However, across three states that are heading to the polls - Assam, Kerala and West Bengal - Muslims comprise around 30% of the population.

“(The BJP’s) success depends on if it is able to polarize Hindu votes to a huge extent, and get half of the 70% of Hindu votes,” said Subir Bhowmik, a political analyst.

The test for Modi is likely to be the toughest in West Bengal, analysts say, where the political discourse has shifted from issues to personalities.

And despite anti-incumbency fatigue against Banerjee, Modi is facing off against one of the state’s most popular figures in history, experts say. She’s been in power for 10 years after unseating more than three decades of Communist Party rule in the state.

In 2016, the BJP made history by winning power in Assam for the first time, ending the Congress party’s 15-year rule there. Observers say the BJP pulled off the win by reiterating its Hindutva message, raising the issue of illegal Muslim immigration from Bangladesh to appeal to Hindu voters.

But this time around, the Congress has teamed up with a key Muslim political party. “This is expected to give a tough fight to the BJP in Assam,” said Akhil Ranjan Dutta, professor of police science at Gauhati University.

“Its best hope remains in breaching West Bengal and consolidating its presence in Assam, its gateway to India’s northeast,’’ said analyst Nilanjan Mukhopadhyay. 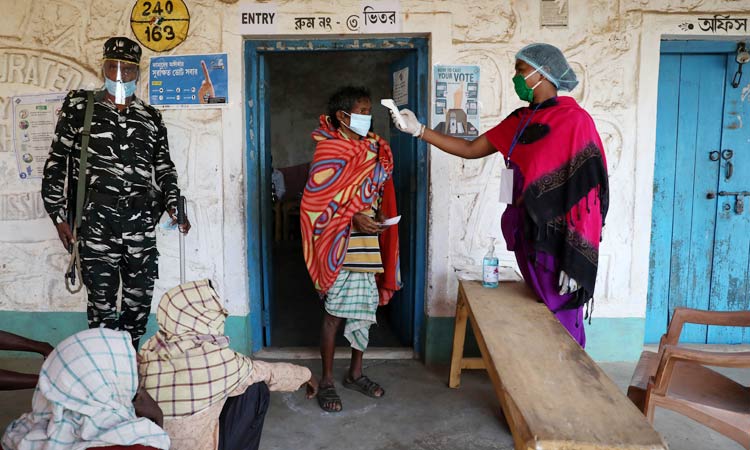 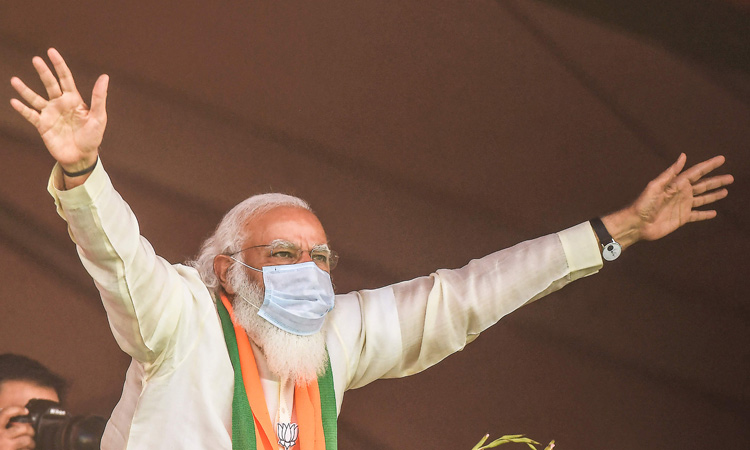 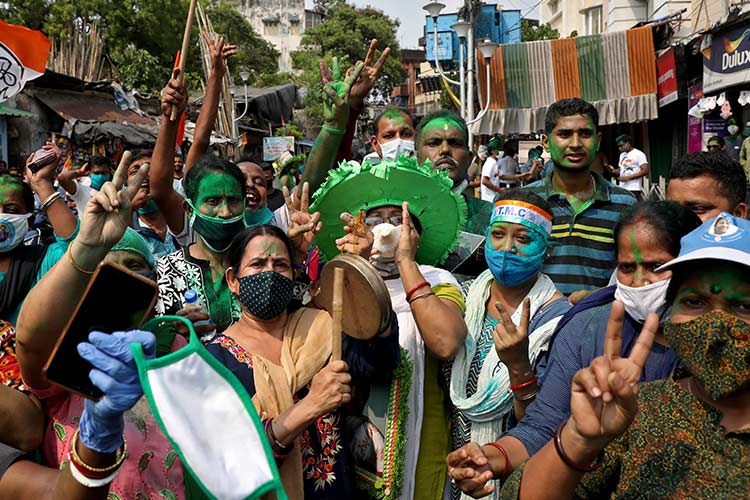