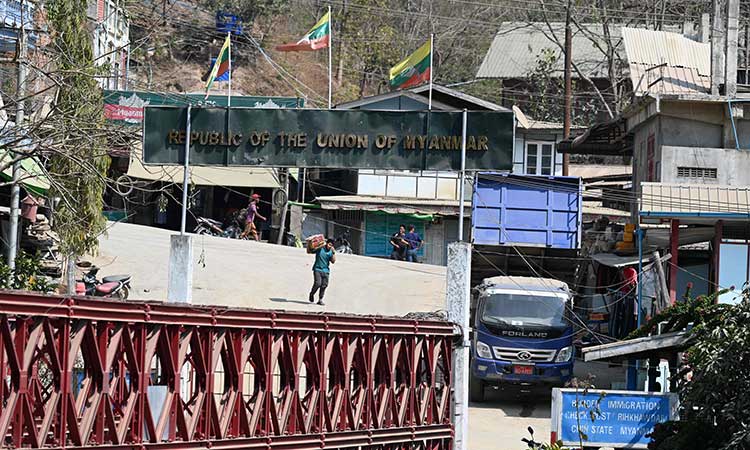 A resident carries a box on the Myanmar's side at the Zokhawthar border in the India's state of Mizoram. AFP

Shaking and clutching his T-shirt, Myanmar soldier Kyaw recalled the violence he said he was told to use on people in his own community -- orders that triggered his escape to India.

At least 180 people have been killed in Myanmar since the February 1 coup, according to the Assistance Association for Political Prisoners monitoring group, as the junta has cracked down on relentless democracy rallies across the country.

The violence has seen more than 300 Myanmar nationals — many of them police officers and their families, as well as two military personnel -- enter Mizoram, a local helping with the border crossings told AFP on Monday.

Kyaw, a 24-year-old rifleman who said he had served in the military for around four years, is a member of the Chin, a mainly Christian minority in Myanmar. 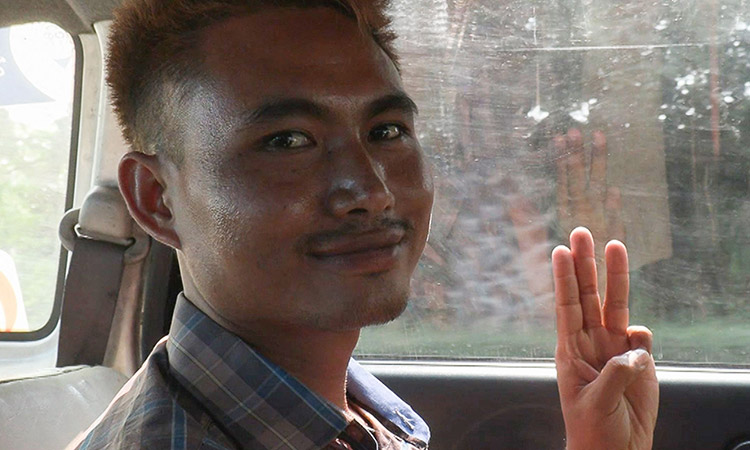 Shing Ling, a former Myanmar soldier, holding up the three-finger salute while riding on a car in Yangon. AFP

He told AFP he had been ordered to inflict lethal violence among the Chin and inform on them.

"The military was giving orders to kill innocent people, who are like my own mother and father," he told AFP.

"Why should I kill my own people."

He said it took him four days to get to Mizoram on a motorcycle and on foot.

After calling home when he reached India, the father-of-two said he found out that his family house had been searched and his father arrested.

Another rifleman AFP spoke to said he also feared for his family's safety.

"My friends shot at protesters and I was told to shoot as well... But I cannot kill my people. So, I ran away at night," the 21-year-old said.

Others can take up to 10 days on foot to reach the remote and mountainous state along Myanmar's western border, including via a river, paddy fields, and sleeping in forests.

Those who make it are picked up by sympathetic locals, who help them get to relatives' homes or stay with others willing to shelter them from authorities. 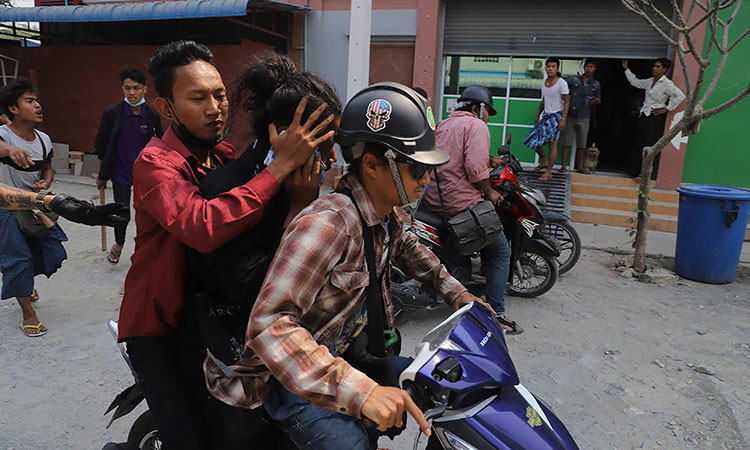 A protester (centre) is transported to a makeshift medical centre in Mandalay. AFP

But eight Myanmar citizens have been "pushed back", according to a statement last week by Assam Rifles, a national paramilitary force operating in the region.

Those AFP met said they had fled without their families because the journey was so difficult.

They arrived with just the clothes on their backs and what they could carry, and relied on locals who brought them food, blankets and cash.

One of them clutched a Burmese-language bible as they sat huddled together on mattresses and mats laid out on the floor of a partially constructed building.

Twenty-four-year-old policewoman Chewa, whose name has also been changed, broke down in tears as she shared her story.

She said the soldiers were being given orders to shoot protesters, with police assigned to give extra security. 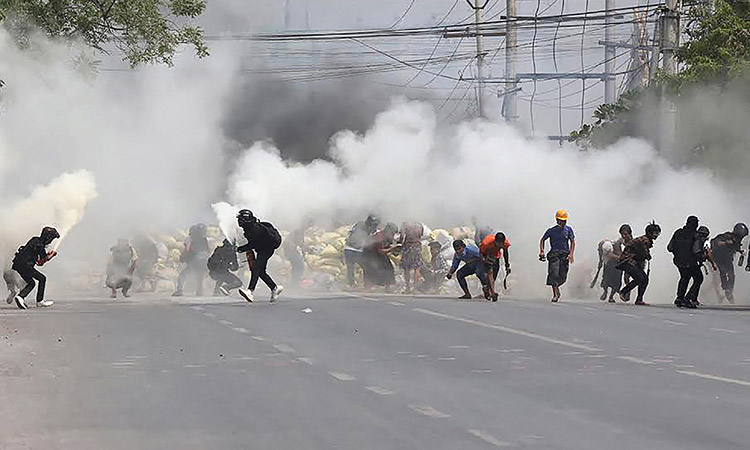 Protesters run from tear gas fired by security forces next to a barricade set up during the demonstration in Mandalay. AFP

"Even though we are the police, we are still citizens like the people. I didn't want to listen to those kinds of orders, and I did not dare to shoot," she said.

Chewa said she did not witness any police officers shooting civilians, but saw protest leaders in a small town in the remote highlands of Chin state being arrested.

"I want democracy back," she said, her voice choking with emotion.

"I want the international community to help our country... I am one of the lower-level (officers) so I don't have any power to do much so I joined the (movement) -- that's as much as I can do."

She said she feared for the welfare of her family, as she was the sole breadwinner.

Kyaw, Chewa and another police officer showed AFP their military or police ID cards to prove their identities.

AFP could not independently verify their specific claims.

As the group sat in silence, sunlight streaming through open windows, they held their right hands up in a three-fingered salute, a gesture inspired by the "Hunger Games" films and used by protesters.

"I don't want to go back yet to Myanmar," Kyaw said, still shaking. 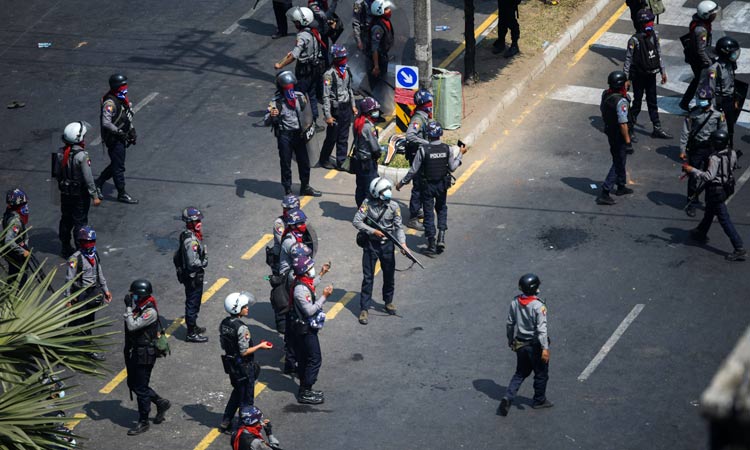