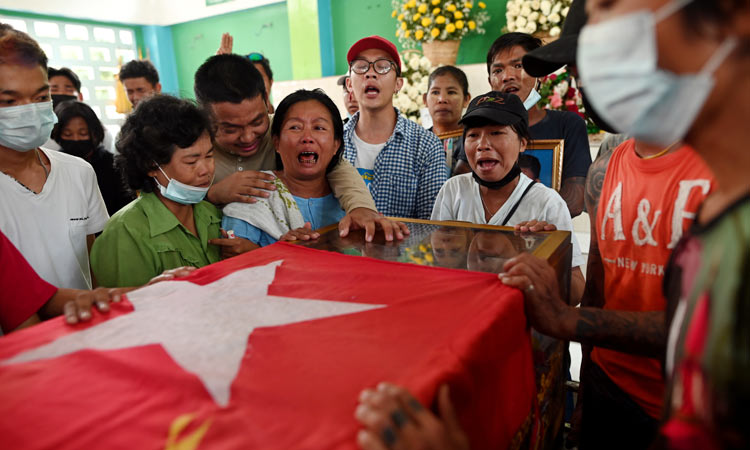 Relatives cry over the body of Min Khant Soe, who was shot and killed during the security force crackdown. Reuters

The families of dozens of people killed in clashes between Myanmar security forces and anti-coup protesters prepared to hold funerals on Tuesday after candle-lit vigils took place overnight in defiance of a curfew.

Security forces shot dead at least 20 people on Monday in addition to the 74 killed a day earlier, including many in a suburb of Yangon where Chinese-financed factories were torched, according to advocacy group the Assistance Association for Political Prisoners (AAPP).

In further violence overnight, a medical worker in the Dawbon area of Yangon said one person died and six were injured after security forces broke up a protest. 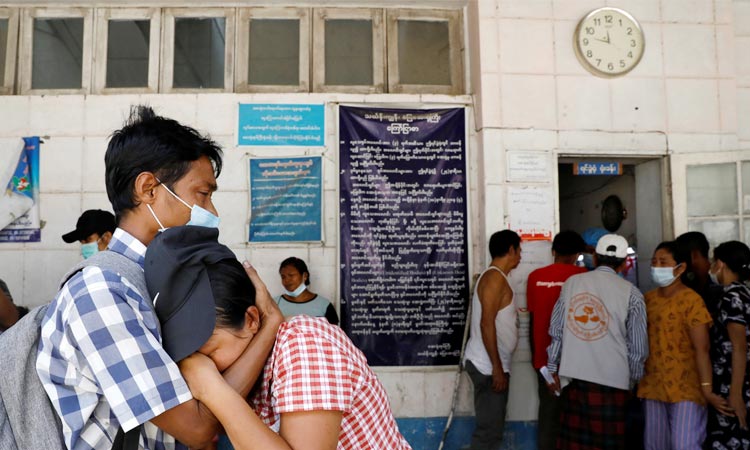 Relatives of anti-coup protester victims wait outside the morgue for the return of their bodies at Thingangyun Hospital in Yangon, Myanmar. Reuters

“We had to flee ... because they (security forces) threatened if we didn't leave the body they would shoot us,” the worker said by telephone, asking not be identified.

United Nations Secretary-General Antonio Guterres was appalled by the escalating violence “at the hands of the country’s military” and called on the international community to help end the repression, his spokesman said.

Supporters of detained elected leader Aung San Suu Kyi have shown no signs of backing down in the face of escalating violence, with Sunday the bloodiest day since a military coup on Feb.1. 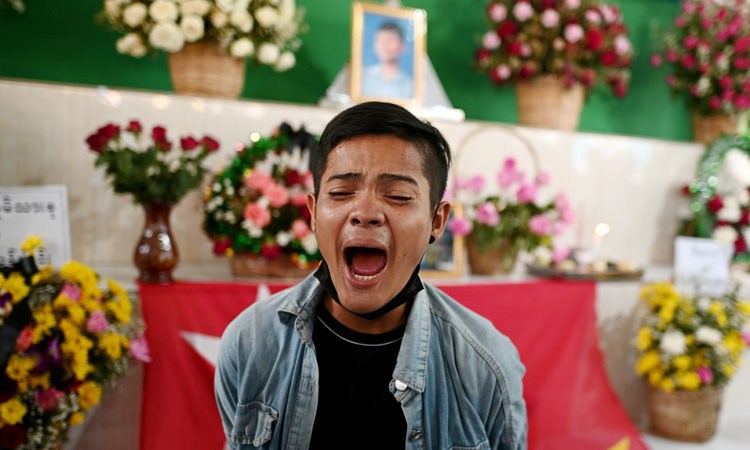 A relative mourns Min Khant Soe, who was shot and killed during the security force crackdown on anti-coup protesters in Yangon, Myanmar. Reuters

Marches took place on Monday in the second city Mandalay and in the central towns of Myingyan and Aunglan, where police opened fire, witnesses and media reported.

In total, 183 people have been killed by security forces in the weeks of protests against the coup and the casualties were drastically increasing, the AAPP said. 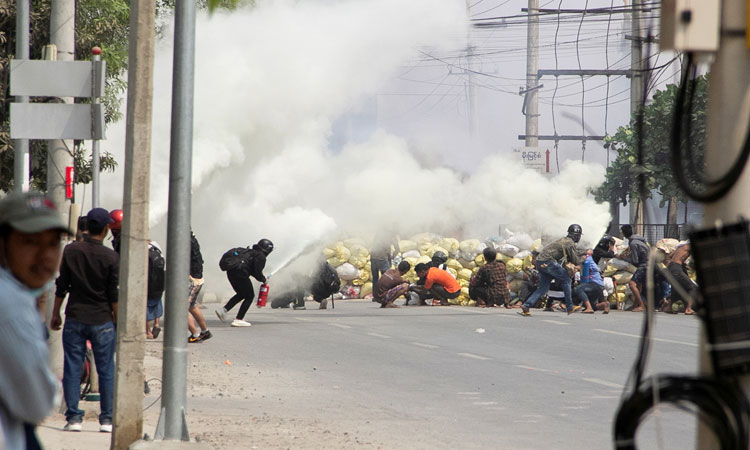 Demonstrators take cover behind a barricade during an anti-coup protest in Mandalay, Myanmar. Reuters

A junta spokesman did not answer calls requesting comment and Reuters could not independently confirm all the casualties.

Candle-lit vigils were held overnight in parts of Yangon and Mandalay and some other towns, according to media reports and photographs on social media.

Funerals of dead protesters were due to take place on Tuesday including in Yangon.

The martial law announcement stated that military commanders in Yangon would take over administration of districts, including the courts, MRTV said.

No fee increase at Dubai schools for 2021-22 academic year

The army said it took power after its accusations of fraud in a Nov. 8 election won by Suu Kyi's National League for Democracy (NLD) were rejected by the electoral commission. It has promised to hold a new election, but has not set a date.

The military has ruled Myanmar for most of the years since independence from Britain in 1948, and cracked down hard on previous uprisings before agreeing to the latest attempt at a transition to democracy, now derailed.

Suu Kyi, 75, has been detained since the coup and faces various charges, including illegally importing walkie-talkie radios and infringing coronavirus protocols. Last week, the junta accused her of accepting illegal payments but she has not yet been charged with that.

Western countries have called for Suu Kyi's release and condemned the violence and Asian neighbours have offered to help resolve the crisis, but Myanmar has a long record of rejecting outside intervention.

Arson attacks on Sunday against 32 Chinese-invested factories in the Hlaingthaya area of Yangon prompted China's strongest comments yet on the turmoil gripping its neighbour, where many people see Beijing as supportive of the coup.

Japan's Fast Retailing Co, known for the UNIQLO brand of casual clothing stores, said on Tuesday that two supplier factories in Myanmar had been set on fire.

Footage on social media circulating on Tuesday showed what media reported to be another blaze from a factory in Hlaingthaya overnight.

Anti-China sentiment has risen since the coup, fuelled by Beijing's muted criticism of the takeover compared with Western condemnation.

Protest leader Thinzar Shunlei Yi said Myanmar people did not hate their Chinese neighbours though their rulers in Beijing had to understand the outrage felt over China's perceived support for the junta.

“Chinese government must stop supporting coup council if they actually care about Sino-Myanmar relations and to protect their businesses,” she said on Twitter. 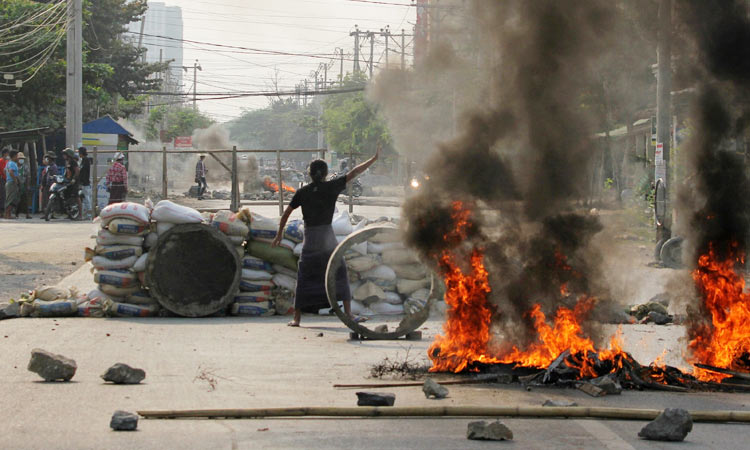