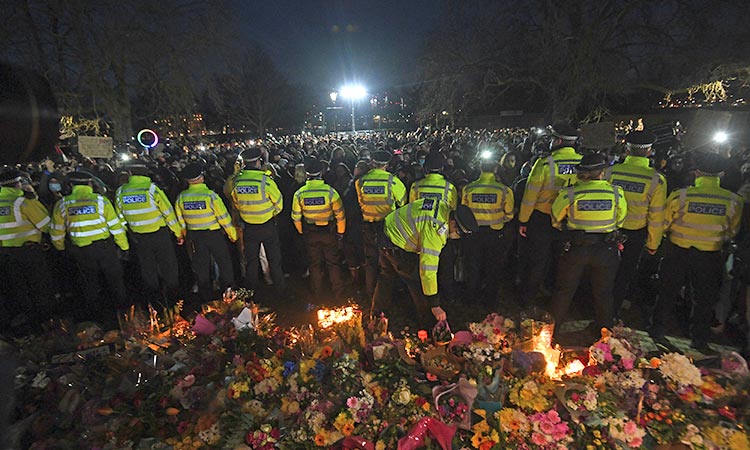 Police surround the bandstand on Clapham Common in London on Saturday. AP

London’s Metropolitan Police force was under heavy pressure on Sunday to explain the way officers treated some protesters during a vigil for a woman whom one of the force's own officers is accused of murdering.

Hundreds defied coronavirus restrictions to gather and protest violence against women, but Saturday's vigil event ended with clashes between police and those attending and many questioned whether the police force was too heavy-handed.

Police in London drew widespread criticism after handcuffing mourners at a vigil for a woman who was murdered after setting out to walk home, in a case that has sparked national fury about violence against women.

The hundreds who gathered on Clapham Common, near where marketing executive Sarah Everard last was seen alive on March 3, defied a police request to disperse and a judge's order to honour her and to draw attention to the fear and danger many women see as a daily part of British life.

Pakistan sends relief goods to Iraq to fights against pandemic

A video of the informal vigil turned rally showed showed officers tussling with participants. Male officers grabbed hold of several women and led them away in handcuffs amid screaming and shouting from onlookers, Britain's Press Association reported. 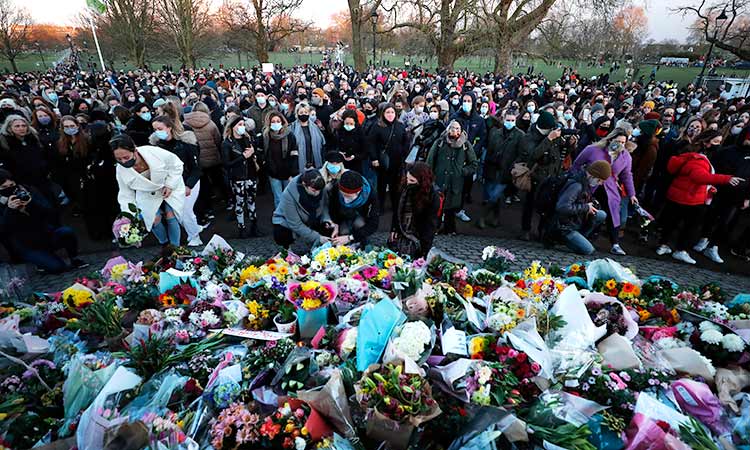 People gather at the band stand in Clapham Common, in memory of Sarah Everard, in London, on Saturday. AP

Officers scuffled with some members of the hundreds-strong crowd that gathered despite coronavirus restrictions for a candlelit tribute late on Saturday close to the spot where 33-year-old marketing executive Sarah Everard disappeared on March 3.

Reclaim These Streets — who initially organised the event in south London's Clapham — condemned the actions of officers “physically manhandling women at a vigil against male violence.”

Kate, Britain's Duchess of Cambridge, was among those who paid their respects. A palace official said Kate "remembers what it was like to walk around London at night before she was married".

Social media footage showed police restraining and handcuffing some mourners, leading to an outpouring of criticism from across the political spectrum. 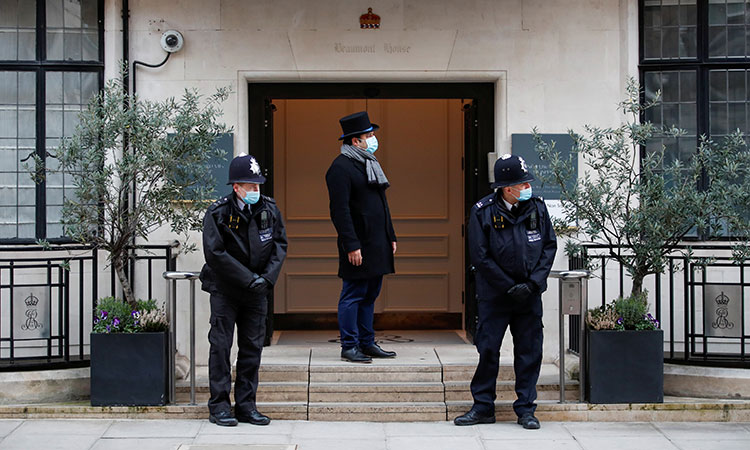 Police officers and a staff member outside of King Edward VII's Hospital in London. Reuters

Both Home Secretary Priti Patel and London mayor Sadiq Khan said they had asked for explanations from the Metropolitan police over how the vigil was handled.

And Liberal Democrats leader Ed Davey called for Metropolitan police chief Cressida Dick to resign, having "lost the confidence of millions of women in London".

The murder of Everard, who vanished after setting out to walk home from a friend's flat, has shocked the country and brought discussion around women's safety to the fore once again.

Wayne Couzens, 48, a serving officer in the Metropolitan Police's elite diplomatic protection unit, appeared in court earlier on Saturday charged with kidnap and murder following his arrest at his home in Kent, southeast England. The victim's body was discovered in a nearby wood. 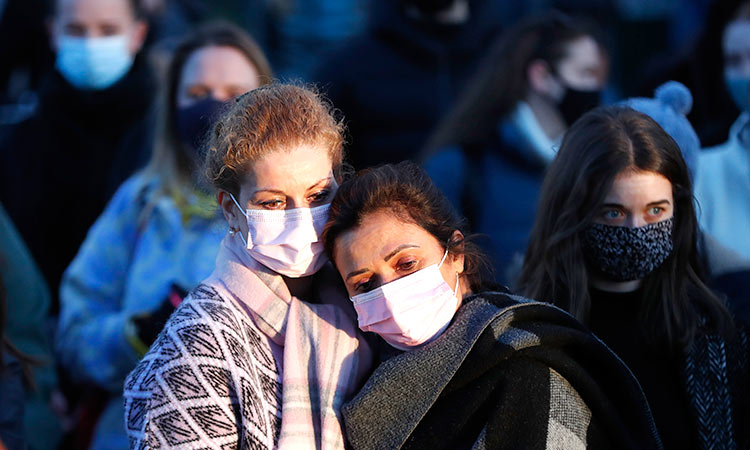 Mourners console one another after an official vigil for Sarah Everard was cancelled in London on Saturday. AP

Organisers had cancelled the vigil after police outlawed it because of COVID-19 restrictions, but hundreds still turned out, with tensions overspilling as Saturday night fell.

Mourners shouted "shame on you" at police, with tensions running high as a man arrested in connection with the murder is an officer.

In the hours following the vigil, rage mounted with pressure groups and politicians condemning police actions. 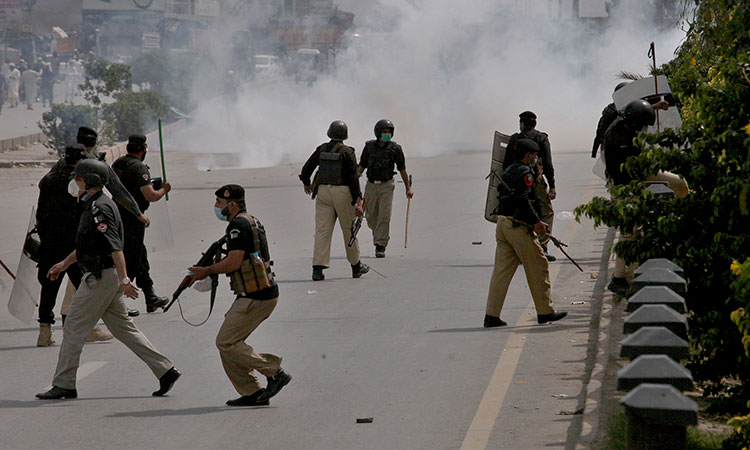