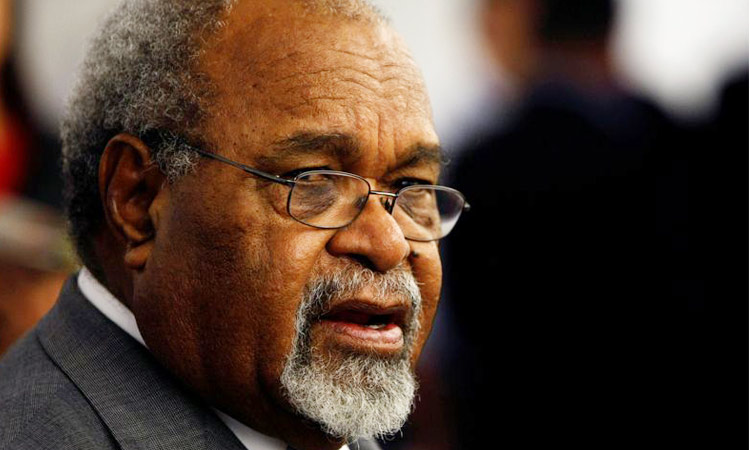 Papua New Guineans gathered in their thousands to pay respect to their “grand chief” at a state funeral on Friday for Michael Somare, the former prime minister who led the Pacific archipelago to independence.

Somare died on Feb.26, aged 84, just weeks after he was diagnosed with late-stage pancreatic cancer. He served as leader four times and was the country’s first prime minister after Papua New Guinea (PNG) gained independence from Australia in 1975.

Mourners jostled for a seat at the Sir Hubert Murray sports stadium in the PNG capital of Port Moresby to attend the funeral. A choir sang hymns at the Catholic ceremony, and dancers in traditional clothing performed.

It was a symbolic site for the nation to pay its respects to Somare. At a ceremony marking independence 45 years ago, the Australian flag was lowered and PNG flag raised at the same stadium.

“We are here to acknowledge the great contribution he made to Papua New Guinea,” PNG Cardinal John Ribat told mourners.

Somare’s wife, Veronica, arrived at the stadium in a wheelchair surrounded by family, television footage showed. Mourners wore masks amid a surge of coronavirus cases that is now testing the country’s health facilities.

Linguistically diverse, PNG is one of the largest island economies in the South Pacific, although it has faced economic hardship and internal conflict, most notably during the decade-long civil war in the region of Bougainville that claimed as many as 20,000 lives before ending in 1998.

Prime Minister James Marape said at the time of Somare’s death that the former leader could now rest from the “pain and toils of life”.

Somare last led the PNG government for a brief and contentious period in 2011, where both he and rival Peter O’Neill claimed to be prime minister. On Friday, the country appeared united as it farewelled its longest-serving leader, known widely as the “father of the nation”.