Bus crashes after driver dozes off while at the wheel in Dubai, 10 injured - GulfToday 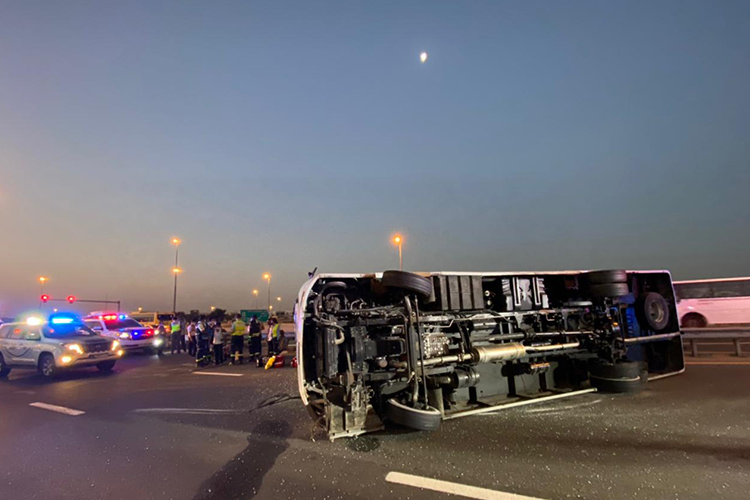 The overturned bus lies at the accident site in Dubai.

Ten people were injured in a traffic accident when a bus driver dozed off and crashed into a metal barrier causing the vehicle to flip over on Umm Suqeim Road in Dubai on Thursday morning.

Brigadier Saif Muhair Al Mazrouei, Director of the General Department of Traffic Police, explained that at around 6:00 AM this morning, the Command and Control Centre at Dubai Police received an emergency call reporting an accident involving a 32-passenger bus on Umm Suqeim road after the Zayed bin Hamadan Al Nahyan roundabout towards Sheikh Zayed road. 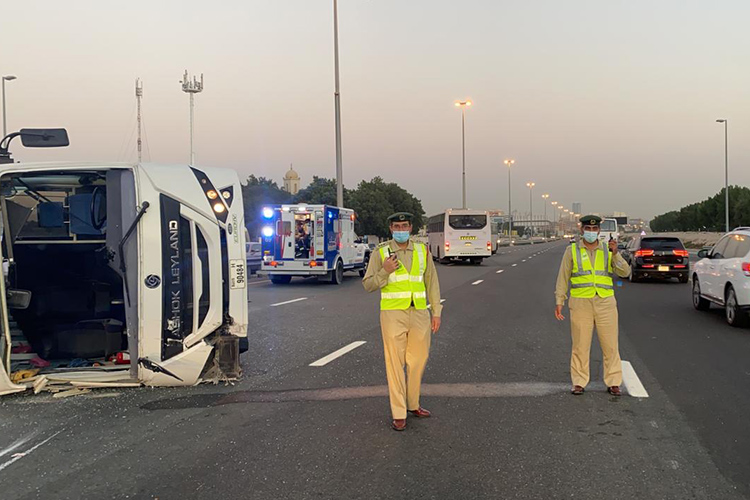 Dubai Police cordoned off the road after the accident.

Al Mazrouei said traffic investigators attributed the cause of the accident to the driver's lack of sleep.

“The driver dozed off and lost control of the bus and rammed into a metal barrier on the right side of the road.” “The collusion impact caused the bus to skid back to the left side and flip over," he continued.

The director of Dubai Traffic Police urged companies to communicate with their drivers and ensure they understand the importance of having plenty of rest before transporting workers or going on any journey.

“The bus driver obviously hadn’t got adequate rest or sleep, so he nearly caused the death of many people,” Al Mazrouei explained.

He warned that deaths and injuries accidents caused by means of mass transport constitute a large percentage of the total number of road deaths recorded in the emirate. 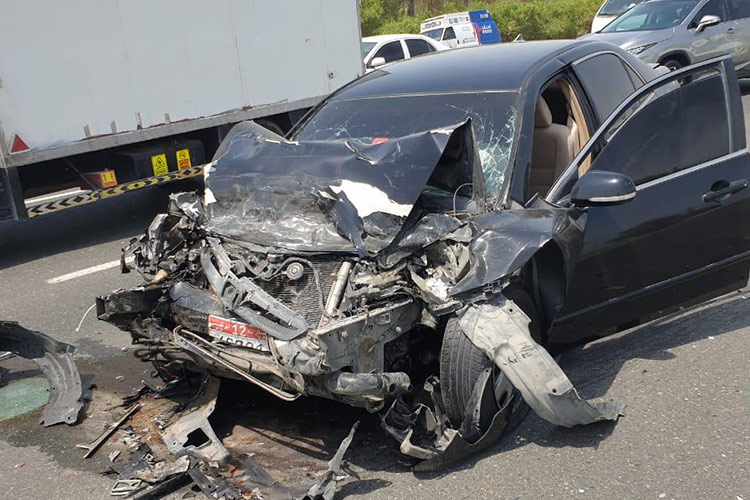 “The first accident occurred at 2:40am on Sheik Zayed Road Sharjah-bound, when vehicle crashed into a motorcycle causing the motorcyclists mild injuries," Suwaidan said.