Taiwan opposition chief in no rush for China meeting - GulfToday

Taiwan opposition chief in no rush for China meeting 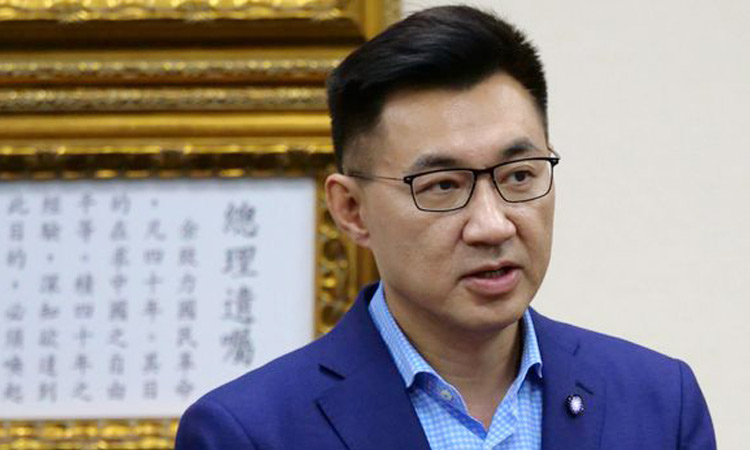 The leader of Taiwan’s main opposition party the Kuomintang (KMT) said on Tuesday he is in no rush to travel to China to meet President Xi Jinping, and that Beijing’s proposals to get Taiwan to accept Communist rule had “no market” on the island.

The KMT ruled China before retreating to Taiwan at the end of a civil war with the Communists in 1949. While ties across the Taiwan Strait have improved dramatically in the last three decades, Beijing continues to claim Taiwan as its own territory.

The KMT was trounced in presidential and parliamentary elections last year, unable to shake accusations by the ruling Democratic Progressive Party that they were Beijing’s lackey.

Johnny Chiang, elected as leader following the party’s defeat, told Reuters that he was in no hurry to follow his predecessors footsteps and visit Beijing to meet old adversary the Communist Party, and its leader Xi.

“We can wait, for a better timing. There’s no insistence for it. It’s not just a meeting for a meetings sake, but it needs to be meaningful, respectful,” he said at party headquarters in central Taipei, adding the pandemic also made travel hard now.

“The timing needs to be right, but more importantly there needs to be the precondition of equality and dignity, and it has to be beneficial for Taiwan.”

Chiang said they were maintaining routine contacts with the Communist Party, but there had been no high level communication.

Xi met then-President Ma Ying-jeou in Singapore in 2015 in a landmark meeting, shortly before current President Tsai Ing-wen first won power. That meeting was cast as a meeting between the heads of the Communist Party and the KMT rather than one between heads of state.

But political trust has “collapsed” since then, with small issues turning into slanging matches between Taipei and Beijing, said Chiang.

He faces an uphill struggle to win back voter support at a time when Chinese pressure on Taiwan is unrelenting and many electors view the KMT - whose name literally translates as Chinese Nationalist Party - as not properly Taiwanese.

In July he faces re-election as party leader, though he reiterated he has no interest in running for president and would rather serve as a “kingmaker” in choosing its candidate for elections in 2024.

But being firm with autocratic China will be an important test of whether the KMT can get back into power - Chiang described China as the major threat Taiwan faces.

Chiang said that China’s offer of using “one country, two systems” to entice Taiwan with a high degree of autonomy, like how Beijing is supposed to run unrest-hit Hong Kong, has “no market” on the island, where people like their freedoms.

“We are already used to this kind of lifestyle. If you want Taiwan’s people to change it - impossible.”