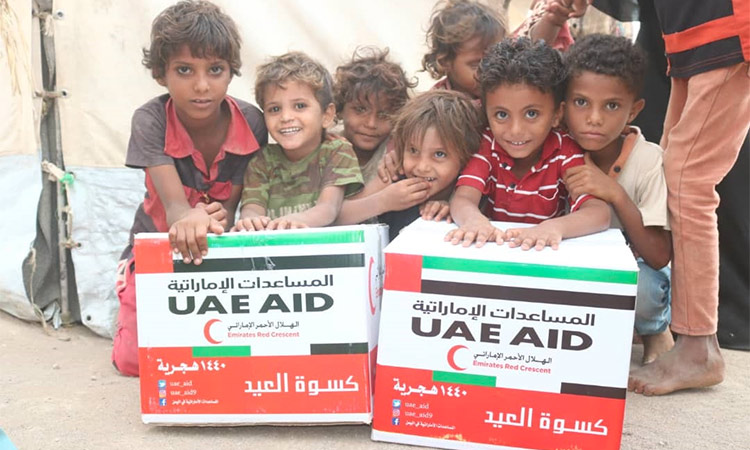 In a statement on the occasion of the release of the 2020 annual report of the Khalifa Bin Zayed Al Nahyan Foundation, Ahmed Juma Al Zaabi, Minister of the Federal Supreme Council at the Ministry of Presidential Affairs and Deputy Chairman of the Foundation, said that 2020 was difficult for workers in all sectors, most notably the humanitarian sector, but due to the directives of the UAE’s leadership, the foundation is continuing its local and international charitable activities.

The Organisation for Economic Co-operation and Development (OECD) has ranked UAE the leading humanitarian donor for the fifth consecutive year in terms of percentage of gross national income, he added.

Over 14 years since its inception, he added, the Foundation has reached out to needy people in 90 countries.

Mohammed Haji Al Khouri, Director-General of the Foundation, stressed that the foundation completed two major national projects despite the significant challenges caused by the coronavirus pandemic, which were carried out with zero infections, due to complete adherence to relevant precautionary measures.

The foundation successfully distributed Ramadan Mir (ration) to over 36,000 Emirati families around the country, while the second project involved the distribution of 2.7 million Ramadan meals to workers in Abu Dhabi, Al Ain and Al Dhafra, he added.

The foundation also provided some 3,500 laptops to students worth Dhs3 million, in cooperation and coordination with the Abu Dhabi Department of Education and Knowledge (ADEK), the Ministry of Education and national higher education establishments, to support the "Distance Learning Initiative."

The report noted that despite the obstacles facing the implementation of the foundation’s projects outside the country, some of these projects planned for 2020 were completed.

At the end of 2020, it added, an agreement was signed with the provincial government of Turkistan in Kazakhstan to build the "His Highness Sheikh Mohamed Bin Zayed Hospital" on an area covering 3.5 hectares.

In February 2020, the foundation organised the ninth group wedding of 1,200 couples in Bahrain, and funded the marriage of 5,926 couples through nine group weddings.

In March 2020, a delegation from the foundation provided urgent humanitarian aid to Madagascar, benefiting 32,000 families with nearly 160,000 members.

In September, the foundation carried out an urgent relief operation worth Dhs4 million to rescue people affected by floods in Southern Pakistan, benefitting some 75,000 people.

The foundation, through its engineering teams, connected the electricity networks of residential villages in the Red Sea Coast of Yemen, through a 5,500 metres high-pressure line from the Sheikh Zayed Power Plant 4.

It also constructed a 250,000-litre water tank in Salamahu in Socotra Island, Yemen.

In the healthcare field, the foundation transported 15 patients and their attendants from the intensive care unit of the Sheikh Khalifa Bin Zayed Al Nahyan Hospital in Socotra and their homes to the UAE, to receive medical treatment at the foundation’s expense.

With the support of the foundation, an aircraft loaded with Emirati aid arrived at Socotra International Airport in April 2020 carrying 3 tonnes of medicines and treatment and preventive supplies.

During the previous Ramadan, the foundation launched its annual Ramadan Iftar project in 10 countries. It also distributed 475 tonnes of dates to 30 countries. 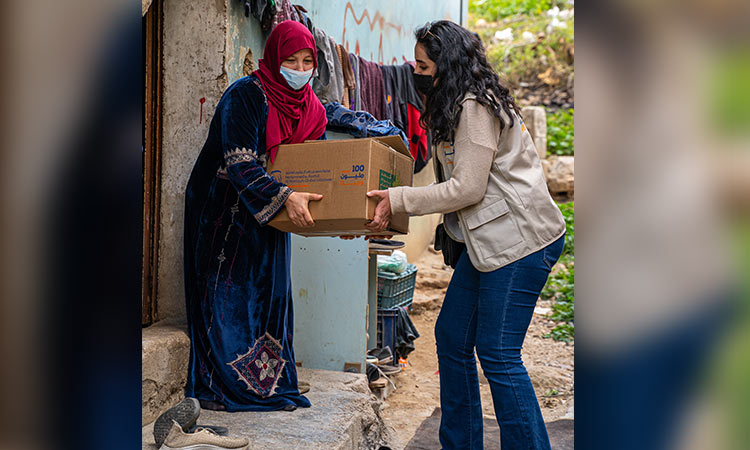