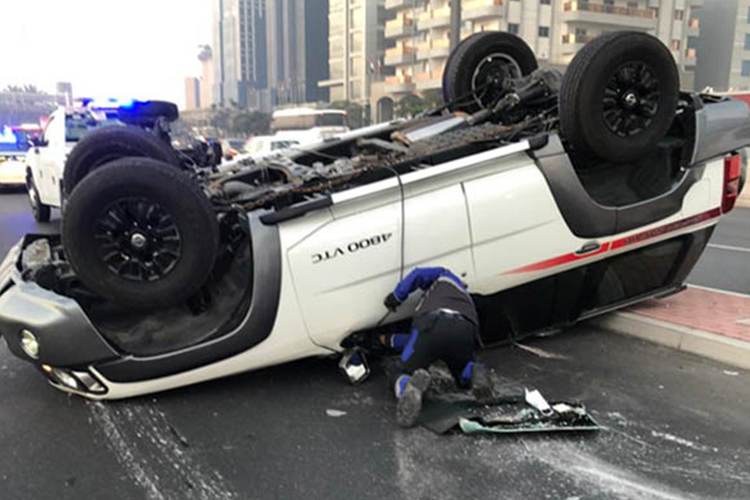 An SUV turned turtle after the accident in Dubai.

Six people were injured in five traffic accidents in Dubai in the last 48 hours, the Director of the General Department of Traffic Police at Dubai Police revealed.

According to Brigadier Saif Muhair Al Mazrouei, most traffic accidents happened due to violations of traffic laws, including being distracted while driving, sudden swerving and excessive speeding.

Brig. Al Mazrouei further explained that the second accident happened in Umm Ramool area when a lorry crashed into a light vehicle causing a mild injury to the light vehicle driver.

“Another accident happened on the Al Ittihad Road in Al Mulla Plaza tunnel Dubai-bound, when a vehicle veered off the road and hit a cement barrier before turning over. The driver sustained a moderate injury” Brig. Al Mazrouei added.

The director of Dubai Traffic Police stated that the fourth accident occurred on Wednesday morning on a service road along Sheikh Zayed Road.

“We received a report about a speeding vehicle that deviated from its lane and collided so hard with another vehicle so it veered off the road and turned over,” “The crash left both vehicles severely damaged, and resulted in two injuries one of which was serious” Al Mazrouei said.

Al Mazrouei noted that a driver also sustained mild injuries when his vehicle deviated onto the pavement and turned over on Al Ittihad Road toward Bur Dubai.

The director of Dubai Traffic Police warned against excessive speeding, improper overtaking, sudden swerving and being distracted while driving. He noted that most accidents on highways occur due to violations of traffic laws and they lead to huge loss in properties and lives. 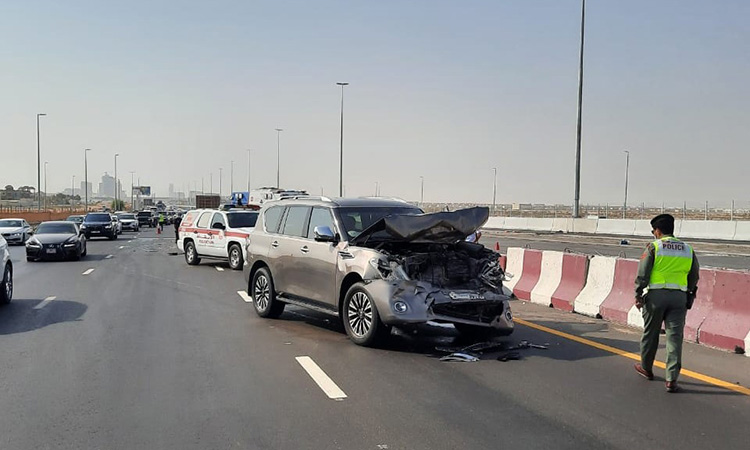