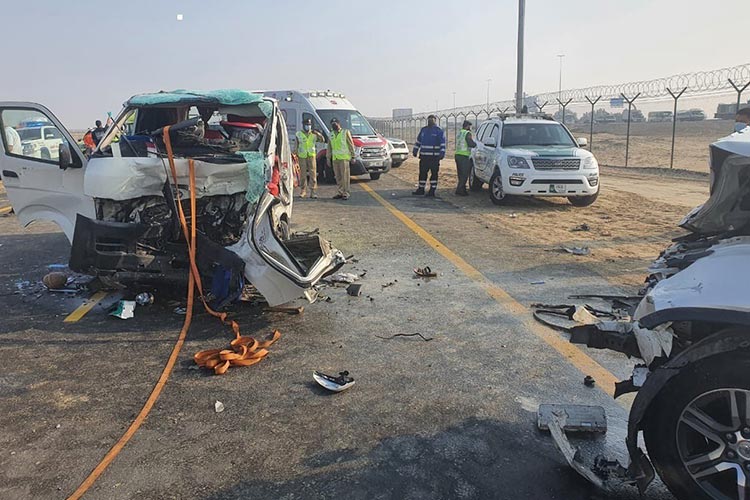 The scene of the collision of two vehicles on Hassah Street in Dubai on Thursday. Supplied photo

Brigadier Saif Muhair Al Mazroui, Director of Traffic Department at Dubai Police, said “Dubai Police’s command room received an emergency call about an accident between two vehicles. Traffic reports stated that the accident happened due to overtaking which caused the minivan and another vehicle to collide.”

UK says 4,000 variants of virus that causes COVID-19 around the world

Woman who tried to fake death gets extra year in prison

Four occupants of the minivan and another vehicle involved in the crash sustained serious injuries, seven had moderate and four had minor injuries. 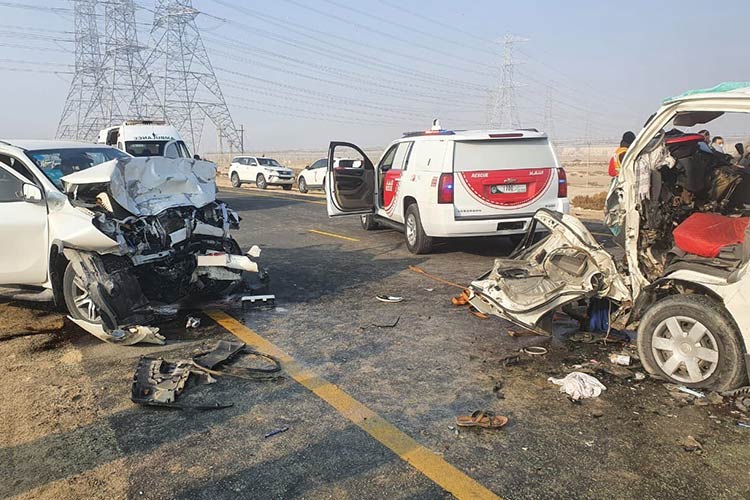 The scene of the collision on Hassah Street.

Police patrols and ambulance crew were at the scene providing medical aid. 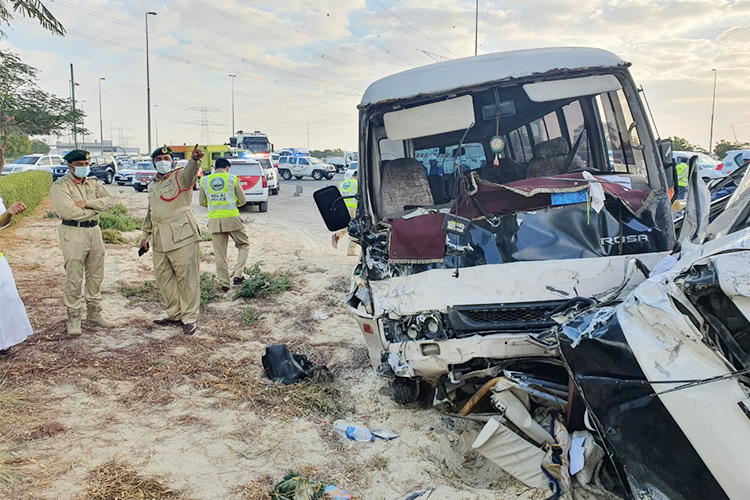