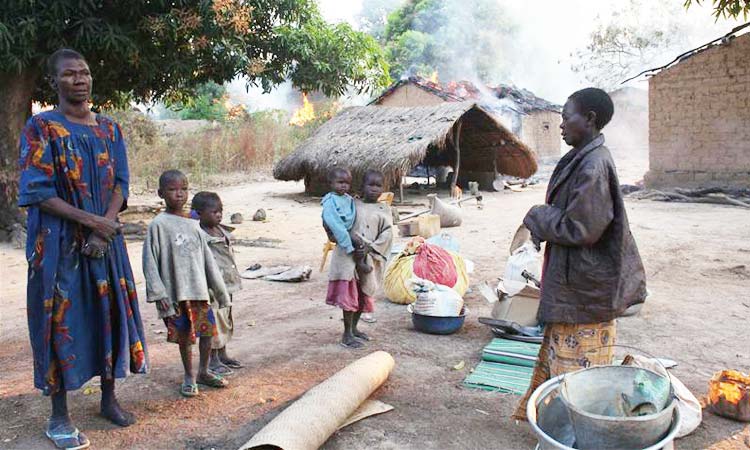 A family stands near their destroyed house in a village in Bossangoa, north of the Central African Republic’s Bangui. File/Reuters

More than 200,000 people have fled fighting in the Central African Republic since violence erupted over a December election result, the UN refugee agency (UNHCR) said on Friday, with nearly half crossing into the Democratic Republic of Congo.

“Refugees have told UNHCR that they fled in panic when they heard gun shots, leaving their belongings behind,” spokesman Boris Cheshirkov told journalists in Geneva, adding that tens of thousands of the displaced are facing "dire conditions.”

With COVID-19 potentially impacting displaced refugee communities across the world, the United Nations High Commissioner for Refugees (UNHCR) is working tirelessly to provide lifesaving support to the most vulnerable.