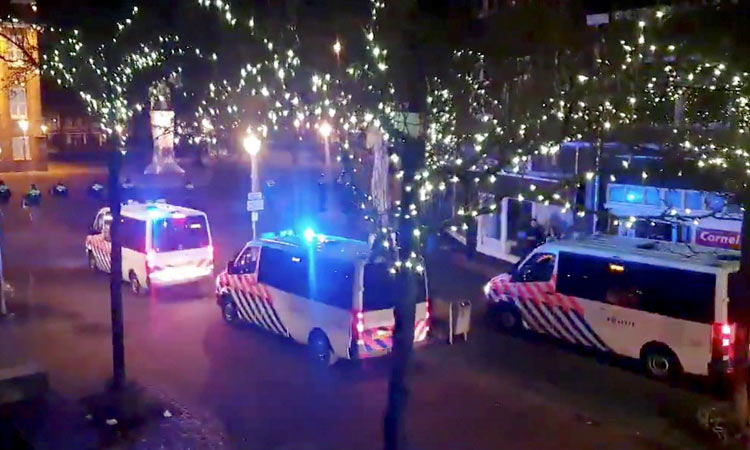 Police officers and vehicles arrive to disperse people from the site of one of the coronavirus disease curfew protests in Geleen, Netherlands. Reuters

Dutch police detained more than 150 people in a third night of unrest in cities across the Netherlands, where roaming groups of rioters set fires, threw rocks and looted stores in violence triggered by a night curfew aimed at curbing the coronavirus. 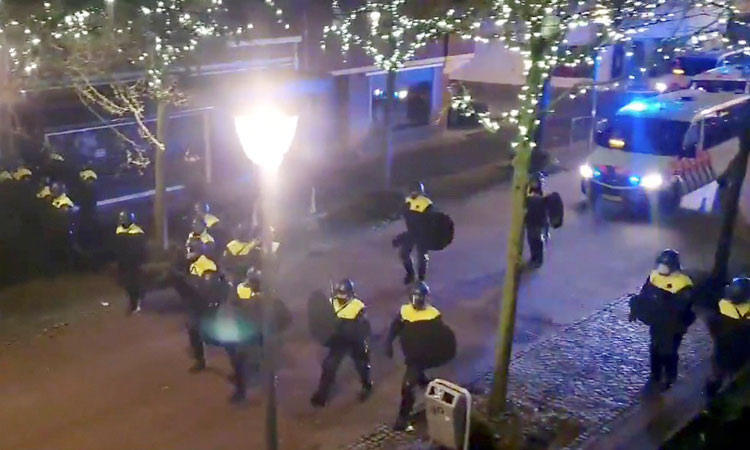 Police officers and vehicles arrive to disperse people from the site of one of the coronavirus disease curfew protests in Geleen, Netherlands. Reuters

Ten police were injured in the port city of Rotterdam, where 60 rioters were detained overnight, Dutch news agency ANP said on Tuesday.

Two photographers were hurt after being targeted by rock-throwing gangs, one in the capital, Amsterdam, and another in the nearby town of Haarlem, broadcaster NH Nieuws said.

In the capital’s east, at least nine people were held after clashes with riot police. Store windows were smashed and an angry group attacked a police van, witnesses said.

Schools and non-essential shops have been shut since mid-December, after bars and restaurants were closed two months prior. 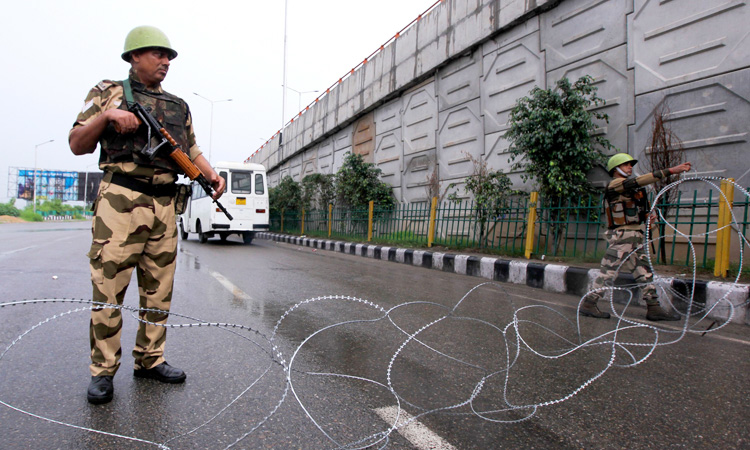 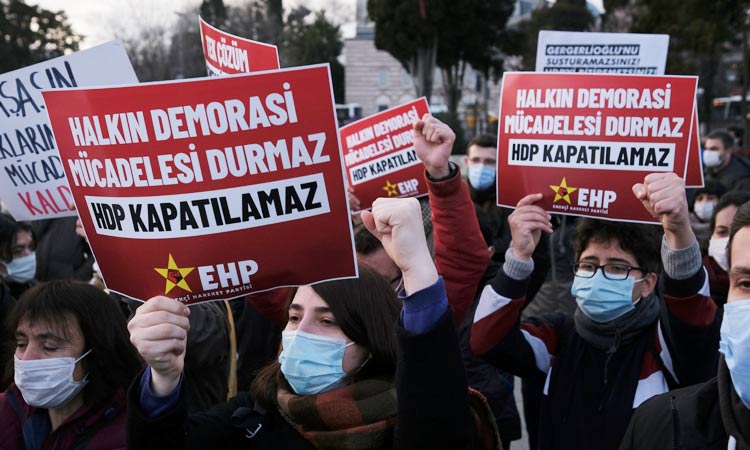 The decision was made due to surge in cases in Mumbai, the financial capital recorded 6,123 new cases, the highest record since March last year. 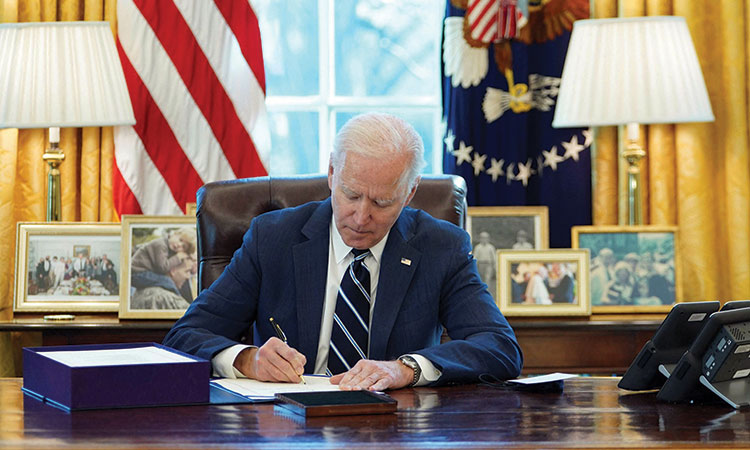 A video of the incident, widely shared on the social media, shows Macron walking through the crowd when an egg bounced off him without breaking while a protester shouted long live the revolution.

'A meeting of the minds, and communication through culture… This is how we create the future, right here from Expo 2020 Dubai. I am so proud of our teams for all their efforts to make this a reality,' says Hamdan

An Asian businessman accused his chef of stealing seafood worth Dhs15,000 and some cash from his house after quitting his job over a dispute between them.