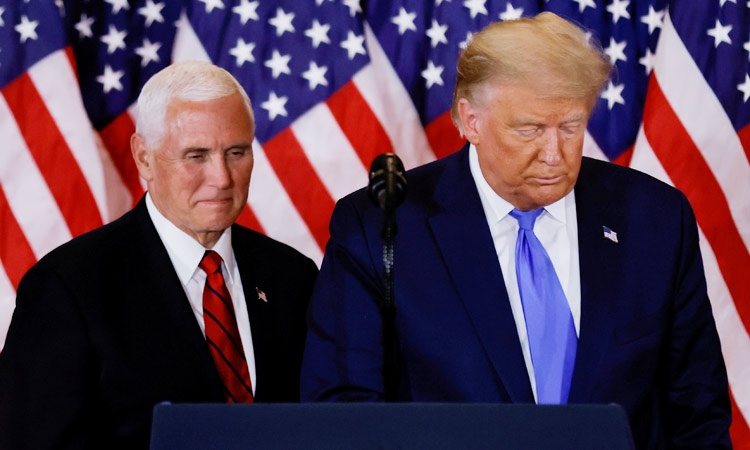 Trump and Pence comment on early results from the 2020 presidential election in the White House. File/Reuters

The US House of Representatives on Tuesday voted to urge Vice President Mike Pence to start the US Constitution's 25th Amendment process of removing President Donald Trump from office, although the vice president already has said he will not do so.

Pence rejected that course of action earlier on Tuesday. The House is expected to vote on Wednesday on impeaching Trump on charges that he incited an insurrection against the US government.

Pence told House of Representatives Speaker Nancy Pelosi that he is opposed to invoking the 25th Amendment to remove Trump from office after Trump’s supporters laid siege to the US Capitol last week. 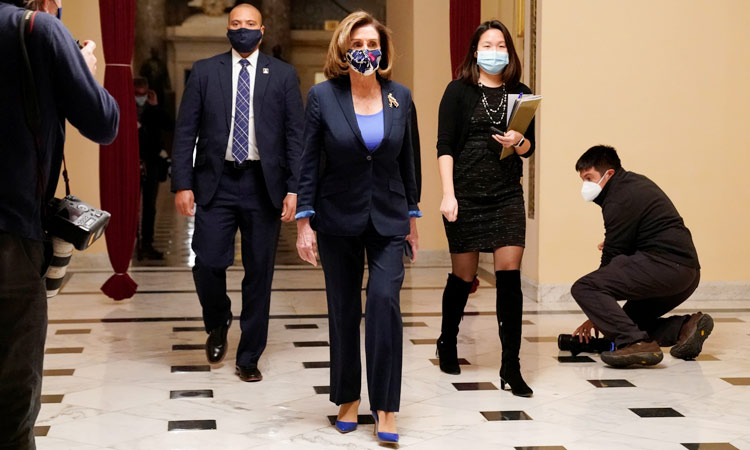 US House Speaker Nancy Pelosi walks outside the House chamber at the US Capitol in Washington, US. Reuters

At least three Republicans, including a member of the House leadership, on Tuesday said they would vote to impeach Trump for urging supporters to march on the Capitol and “fight” shortly before the attack that led to the deaths of five people.

Pence told Pelosi the administration’s energy was focused on ensuring an orderly transition, and appealed to her and other members of Congress to avoid actions that “would further divide and inflame the passions of the moment.”

“Work with us to lower the temperature and unite our country as we prepare to inaugurate President-elect Joe Biden as the next President of the United States,” Pence said.

FBI warns of armed protests ahead of inauguration

Pence and Trump had their first conversation at the White House on Monday evening after days of silence following the riot and Trump’s public rebuke of Pence for not seeking to block the congressional certification of Biden’s Electoral College win. 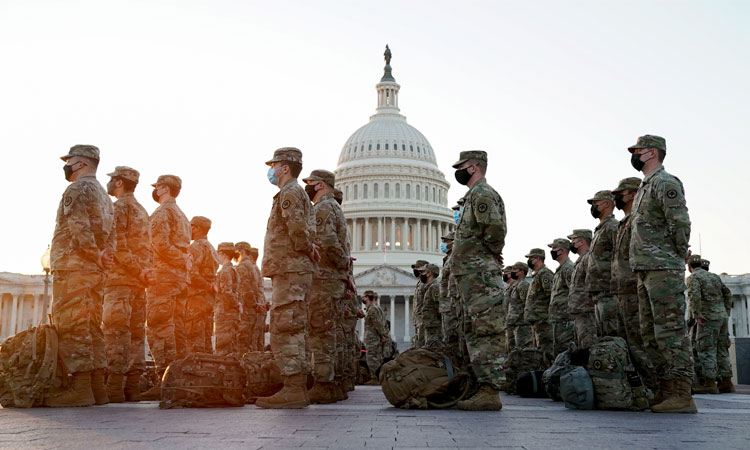 Members of the National Guard gather at the US Capitol in Washington. Reuters

Trump, who has sought unsuccessfully to overturn his Nov.3 election loss, had pressured Pence to intervene in the certification process, and some of Trump’s supporters in the assault discussed assassinating Pence for being a traitor.

Pence referenced the strains in his letter to Pelosi.

“Last week, I did not yield to pressure to exert power beyond my constitutional authority to determine the outcome of the election, and I will not now yield to efforts in the House of Representatives to play political games at a time so serious in the life of our nation,” he wrote.

Invoking the 25th Amendment as a means of “punishment or usurpation” would “set a terrible precedent,” Pence said.

Removal of a president under the 25th Amendment requires a declaration by the vice president and the majority of the president’s Cabinet. 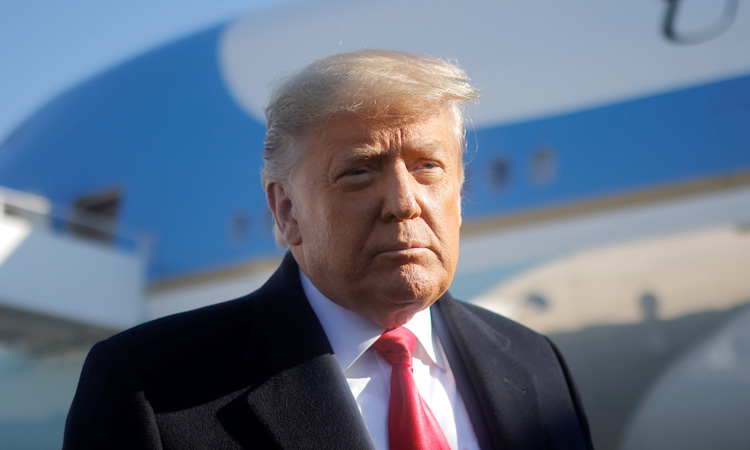 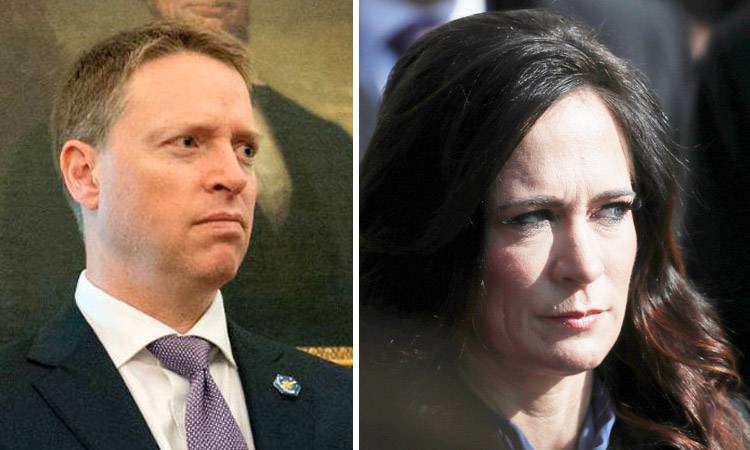