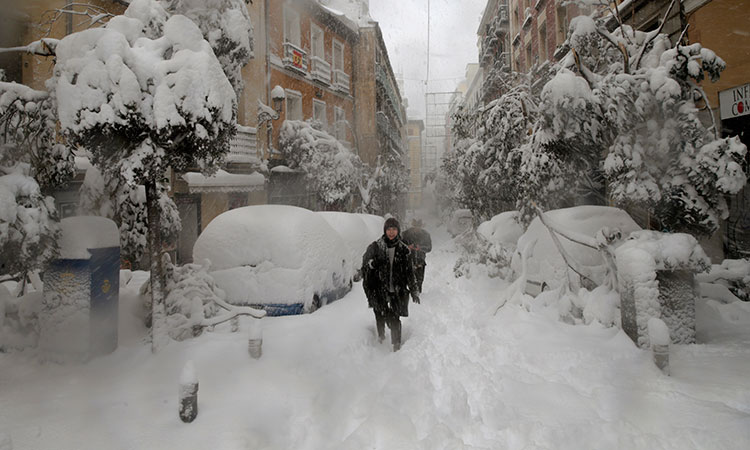 People walk during a heavy snowfall in Madrid, Spain, on Saturday. Andrea Comas/AP

Troops rescued trapped drivers from their vehicles on Saturday as an unusual and persistent blizzard has blanketed large parts of Spain with snow.

Heavy snowfall from Storm Filomena caused freezing traffic and leaving thousands trapped in cars or in train stations and airports that had suspended all services as the snow kept falling on Saturday.

"Owing to the forecast of snow and for security, Madrid Barajas airport will remain closed throughout Saturday," Aena , which controls the country's airports, said in a tweet. 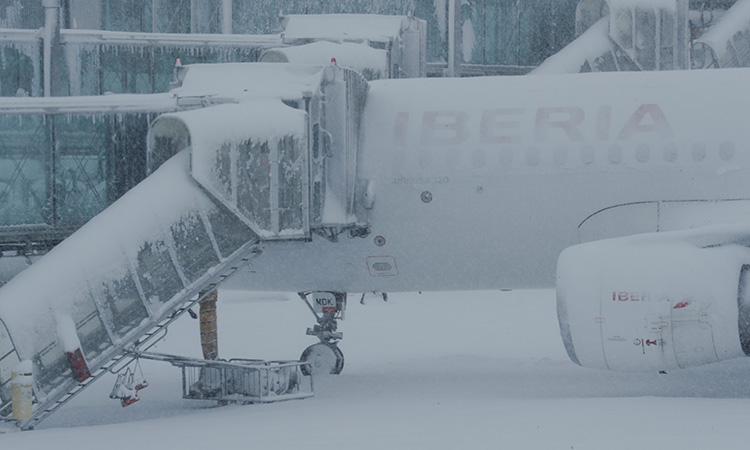 A parked plane is covered with snow at Adolfo Suarez Barajas airport in Madrid, Spain, on Saturday. Reuters

The airport was closed on Friday night after the rare blizzard made flying impossible. At least 50 flights to Madrid, Malaga, Tenerife and Ceuta, a Spanish territory in north Africa, were cancelled, Aena said.

The capital, Madrid, and other parts of central Spain activated for the first time a red weather alert, the highest, and called in the military to rescue people from vehicles trapped on everything from small roads to the city's major thoroughfares.

The national AEMET weather agency had warned that some regions would be receiving more than 24 hours of continuous snowfall due to the odd combination of a cold air mass stagnant over the Iberian Peninsula and the arrival of the warmer Storm Filomena from the south. 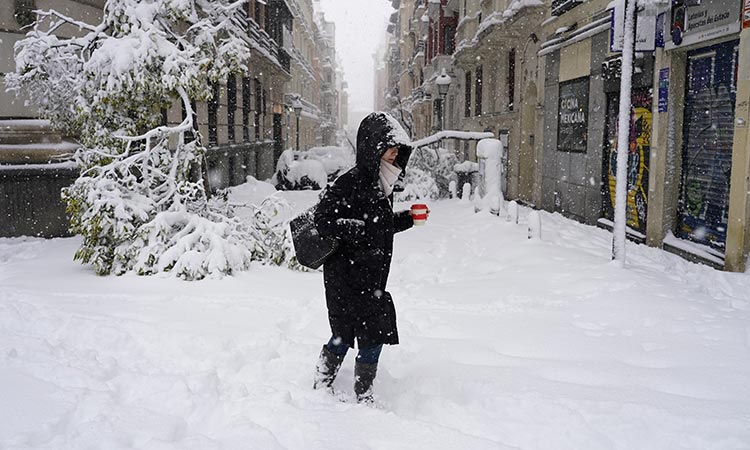 A person stands on the street during a heavy snowfall in Madrid, Spain, on Saturday. Juan Medina/Reuters

AEMET had said that up to 20 centimeters (nearly 8 inches) of snow could accumulate in large parts of the country but the build-up reached more than 50 centimeters even in urban areas. The storm is expected to move northeast throughout Saturday, the agency said.

High-speed rail services between Madrid and the southeastern cities of Alicante and Valencia were suspended, as were bus services in Madrid, the city council said on Saturday.

Madrid and four other regions were on red alert on Saturday as more heavy snowfalls were forecast, the State Meteorological Agency said.

Madrid city council called on people to stay at home. 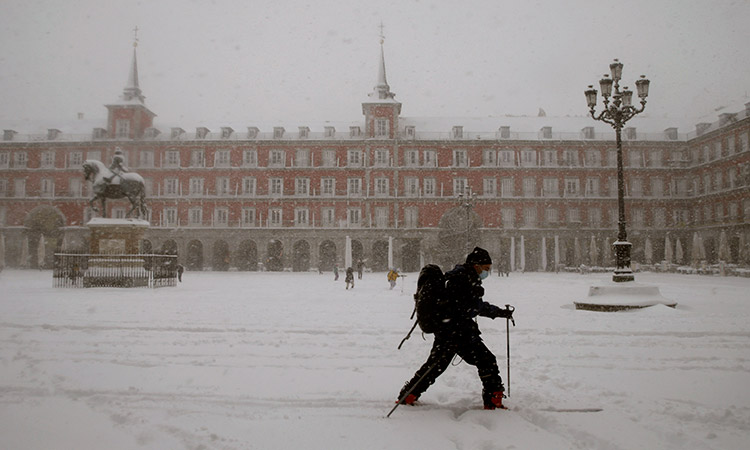 A man skis while crossing the Plaza Mayor during a heavy snowfall in Madrid, Spain, on Saturday. AP

Carlos Novillo, head of the Madrid emergency agency, said that more than 1,000 vehicles had become trapped, mostly on the city's ring road and the main motorway that leads from the capital to the south, toward the Castilla La Mancha and Andalucia regions.

"The situation remains of high risk. This is a very complex phenomenon and a critical situation," Novillo said Saturday morning in a message posted on social media.

"We ask all those who remain trapped to be patient, we will get to you," he added. 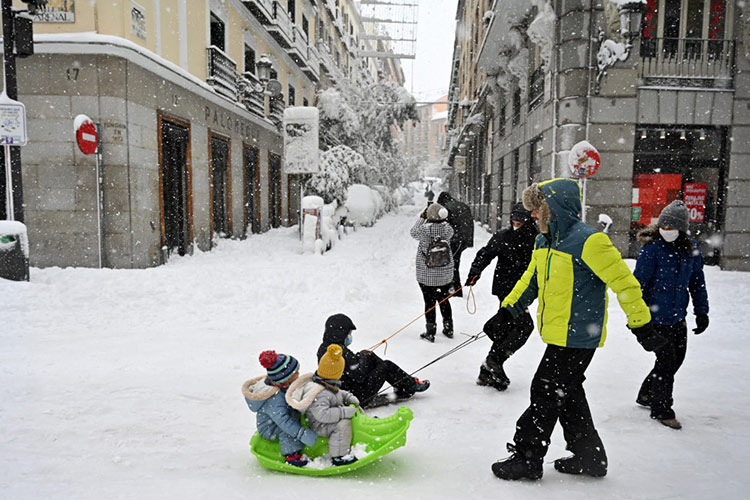 In mountainous areas temperatures would drop below -10°C (14 Fahrenheit), conditions that could last until Thursday, the agency added.