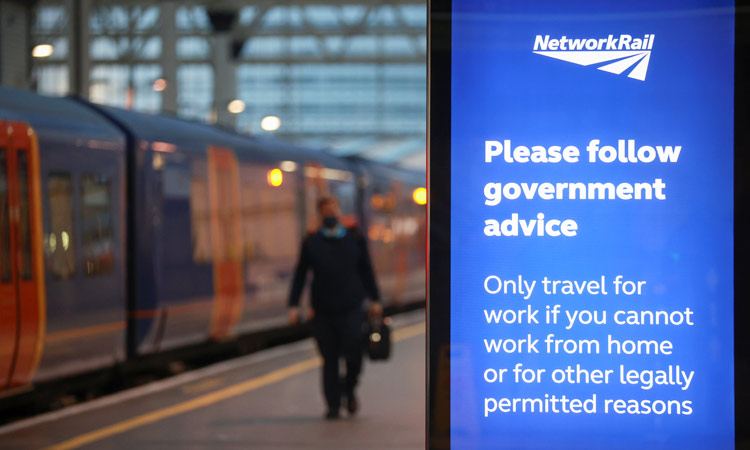 An information board is pictured at Waterloo station during morning rush hour in London. Hannah McKay/Reuters

Britain began its third COVID-19 lockdown on Tuesday with citizens under orders to stay at home and the government calling for one last major national effort to contain the virus before mass vaccinations turn the tide.

In England alone, some 27,000 people are in hospital with COVID, a number 40 percent higher than during the first peak of infections in April. 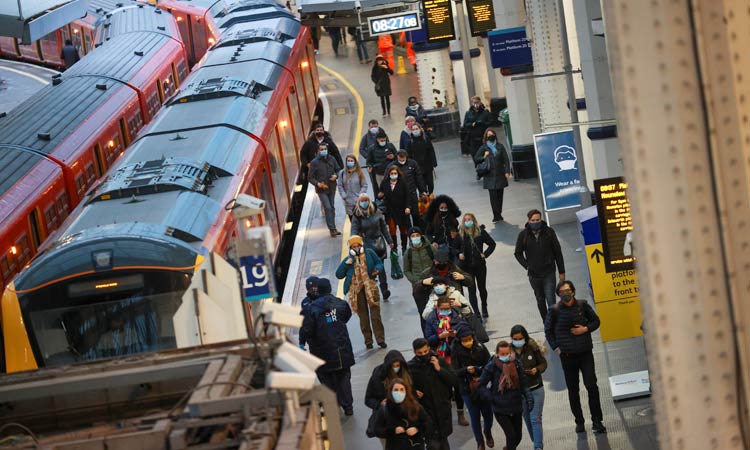 “The weeks ahead will be the hardest yet but I really do believe that we are entering the last phase of the struggle, because with every jab that goes into our arms, we are tilting the odds against COVID and in favour of the British people,” said Johnson.

Britain has begun rolling out two vaccines against COVID, one made by Pfizer and BioNTech and the other by Oxford University and AstraZeneca, and more than a million people have already received their first dose.

The government says the aim is to vaccinate all elderly care home residents and their carers, everyone over the age of 70, all frontline health and social care workers, and everyone who is clinically extremely vulnerable, by the middle of February. 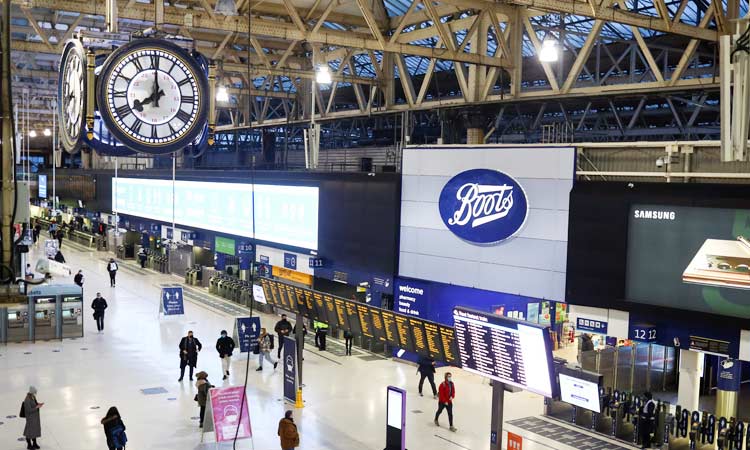 People are seen at Waterloo station during morning rush hour in London. Reuters

Senior cabinet minister Michael Gove said on Tuesday that the pace of inoculations would accelerate in the coming weeks, and that while the target was challenging it was achievable.

Under the new lockdown in England, which is expected to last until at least the middle of February and will only be relaxed gradually after that, all schools are closed except for vulnerable children and those whose parents are key workers.

People are instructed to work from home unless it is impossible for them to do so. All hospitality must remain closed as well as non-essential shops. Organised sports, both indoors and outdoors, are cancelled except for elite athletes.

The specific measures announced by Johnson apply to England, but the semi-autonomous executives in Scotland, Wales and Northern Ireland have imposed similar measures there too.

Gove said finance minister Rishi Sunak would announce further support for businesses on Tuesday, after a series of eye-wateringly costly programmes have been deployed since March to stave off total economic collapse.

In total since the start of the pandemic, more than 75,000 people have died from COVID in the United Kingdom within 28 days of testing positive.