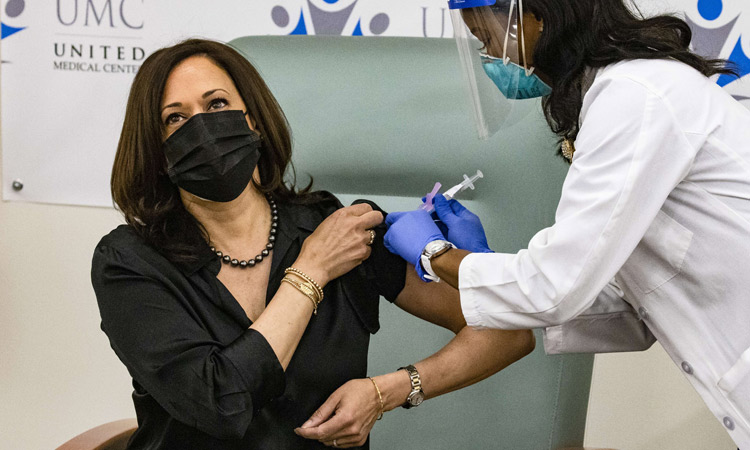 Nurse Patricia Cummings administers the Moderna vaccine to Kamala Harris at the United Medical Centre in Washington on Tuesday. AFP

US Vice President-elect Kamala Harris received her COVID vaccine live on television and urged public trust in the process, while her choice of hospital highlighted the plight of the hard-hit African-American community.

A mask-wearing Harris received the first of her two shots at United Medical Center, located in an area of Washington, DC with a large African-American population.

African-American communities nationwide have seen disproportionately high levels of death and illness related to the COVID-19 pandemic, while polls have also indicated they are among the most reluctant to get vaccinated. 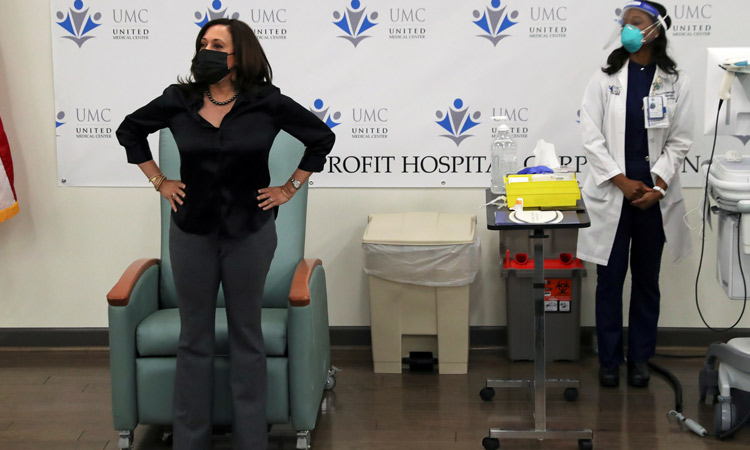 Kamala Harris stands after receiving a dose of the Moderna vaccine. Reuters

Harris will become the first Black and Indian-American vice president when she takes office on Jan.20, as well as the first woman in the role. Her husband Doug Emhoff was also to be vaccinated.

A string of public officials have been vaccinated before cameras as part of efforts to overcome public skepticism and convince those in doubt that the immunisations are vital to returning to a semblance of normality in the months ahead. 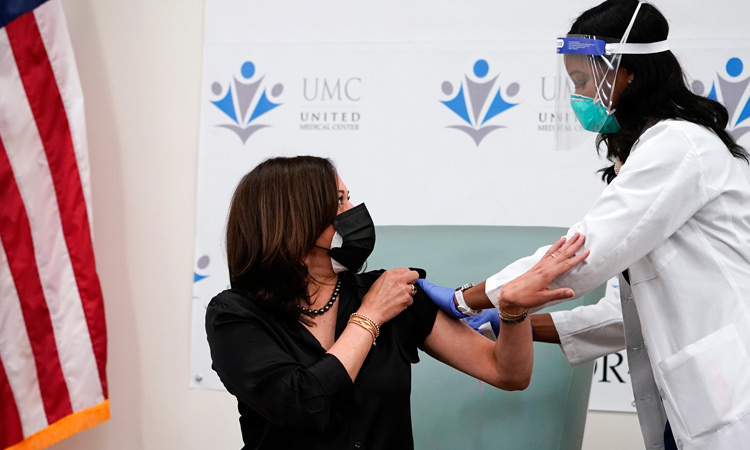 Kamala Harris thanks nurse Patricia Cummings after she received the vaccine. AP

President-elect Joe Biden was vaccinated live on television on Dec.21.

Outgoing President Donald Trump, who was hospitalised with the virus in October, has not committed to being vaccinated.