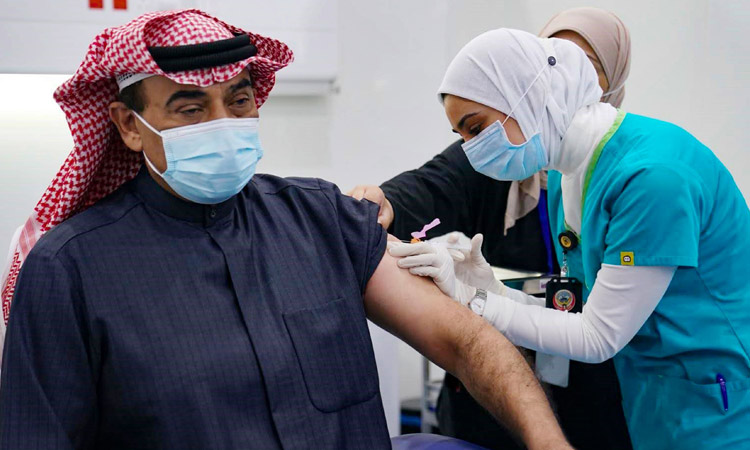 "This vaccine is safe and has been approved by many countries," said Prime Minister Sheikh Sabah Al Khalid Al Sabah, who was the first to receive the jab, state media reported. 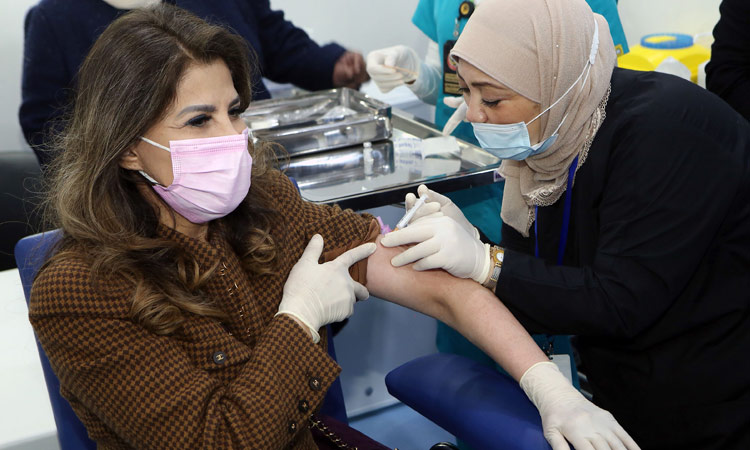 Kuwait, which has officially confirmed more than 148,000 coronavirus cases including 924 deaths, received the first 150,000 doses of the vaccine developed by US pharmaceutical giant Pfizer and its German partner BioNTech on Wednesday. 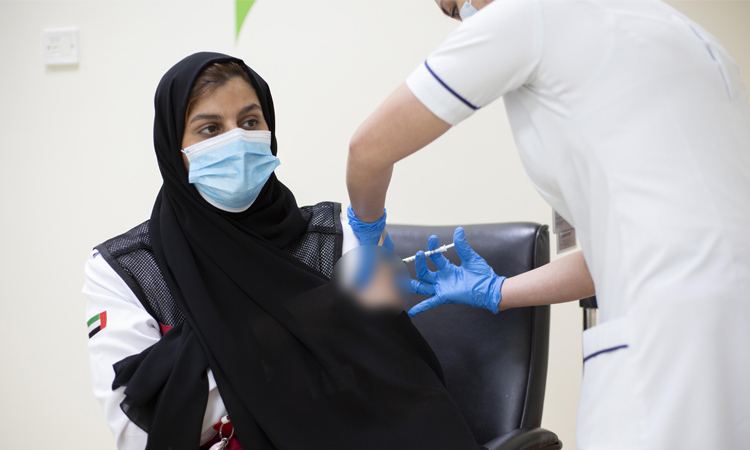 A woman receives a dose of vaccine in Dubai. AFP

In the UAE, Abu Dhabi began vaccinations on Dec.14 after approving the Sinopharm vaccine, while Dubai began its campaign using the Pfizer-BioNTech vaccine on Wednesday.

In Bahrain, which has recorded more than 90,000 cases including 350 deaths, vaccinations continued on Thursday. It has approved both the Pfizer-BioNTech vaccine and another developed by Chinese firm Sinopharm. 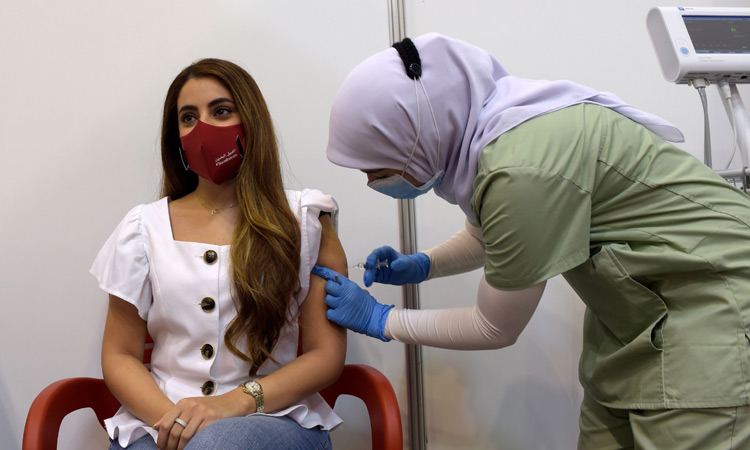 A young woman receives a COVID-19 vaccine in Manama. AFP

Officials in the capital Manama said that nearly 40,000 people have already received the vaccine.

Saudi Arabia, the worst-affected country, with more than 360,000 recorded cases including 6,148 deaths, began its campaign with the Pfizer-BioNTech vaccine on Dec.17. 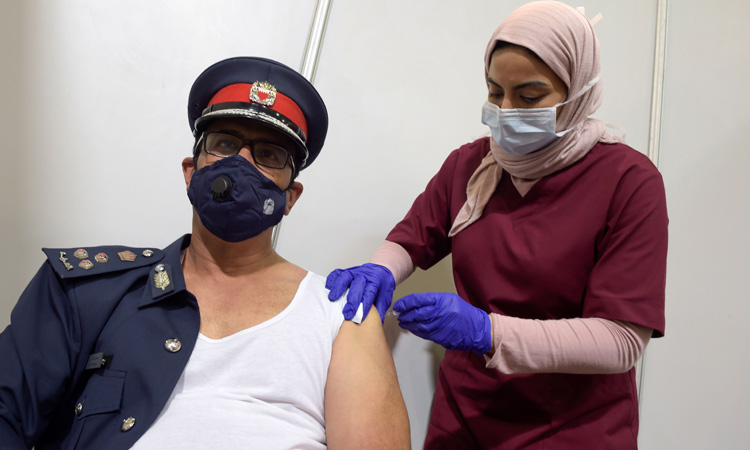 Meanwhile, Oman, with more than 128,000 recorded cases, 1,491 of them fatal, is to launch its vaccination campaign on Sunday.