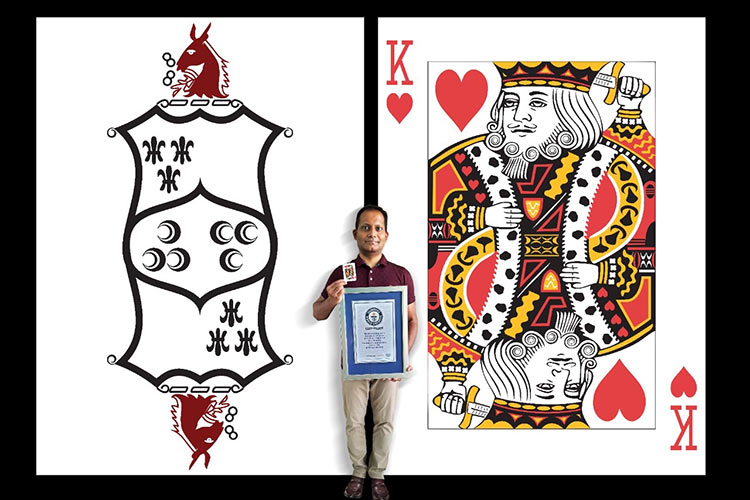 Committed to breaking over 100 records in his lifetime, UAE resident and Indian national, Ramkumar Sarangapani has earned the distinction of being the highest Guinness World Records holder, not only in UAE but in the entire GCC as well.

Currently, he is also the highest record holder as an Indian citizen – numbering 17 so far, ahead of even the master cricketer, Sachin Tendulkar at the moment. Focusing on UAE and it’s glorious past and present, Ramkumar broke all the records in Dubai, with most of them related to the UAE in some way or other.

With UAE very much as his inspiration, Ramkumar has thus far created several larger-than-life world records — reflecting the true spirit of UAE.

Not only that, challenging himself and by stretching his limits, he attempted a marathon record breaking session on Guinness World Records Day (GWR Day) on November 18th 2020, where he broke 6 world records in a matter of just 7 hours and 50 minutes

Talking about his passion for record-breaking, Ramkumar explains: “Having lived in Dubai for 17 years, the emirate is as much my favourite home as Chennai in India, and I love working on themes that speak of ‘Largest’ and the ‘Longest’ simply because it connects with Dubai, a city dotted with unique and massive structures. I feel that through this, I can show the world that UAE is an amazing land of superlatives, that continues to reach further heights. Until now all the records that I have made were broken here, while UAE will continue to remain the home for all my future attempts as well.”

“It all began as a casual conversation with a friend who claimed that World Records are meant for super humans only. I decided to set the record straight — so to speak — and prove that a common man has just as much an opportunity to earn such titles. And so, in September 2017

I broke the first GWR, the ‘Longest Chain of Magnets’ — at around 500 meters in length, the chain would’ve been long enough to put a garland around the entire Dubai Frame,” added Ramkumar.

The Palm Fountain which spreads across 1300 sqm of sea water features over 3,000 LED lights. 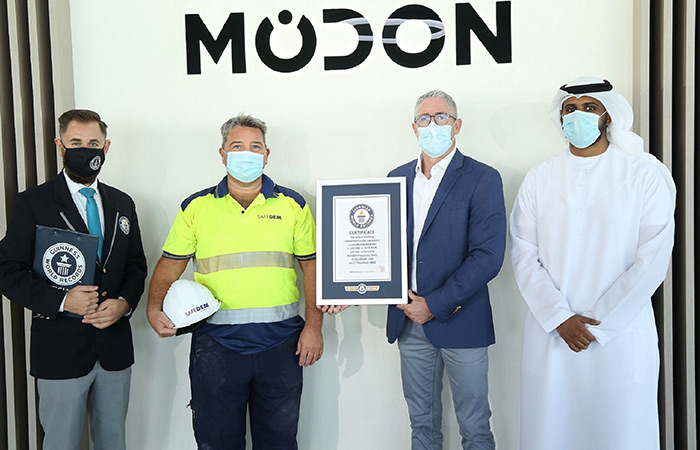 The demolition of the Mina Plaza towers in Mina Zayed area, Abu Dhabi was done in collaboration with strategic partners and a leading demolition company.