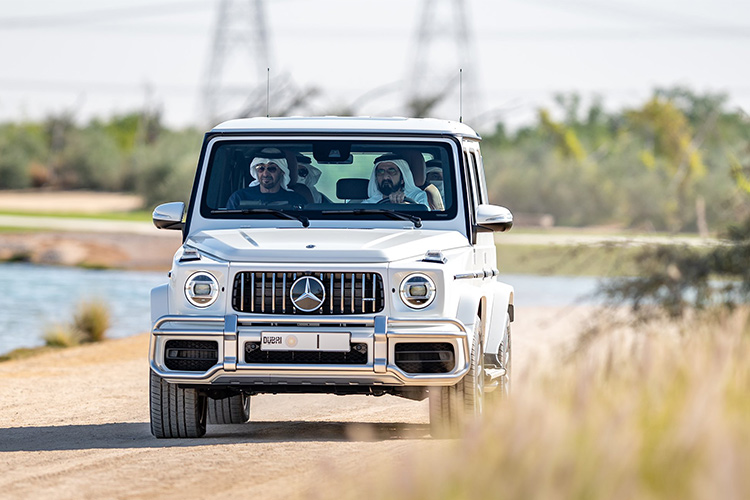 They also commended the great efforts of medical and nursing cadres from around the country to protect community members and to preserve the health and safety of the society.

The leaders also addressed the initiative adopted by the UAE to promote domestic tourism in general, to reinforce this vital sector and attract tourists from around the world and spread spirit of optimism among tourists and the Emirati society, in line with the precautionary measures and instructions adopted by relevant authorities to protect tourists and employees of tourism and entertainment facilities from the coronavirus pandemic. 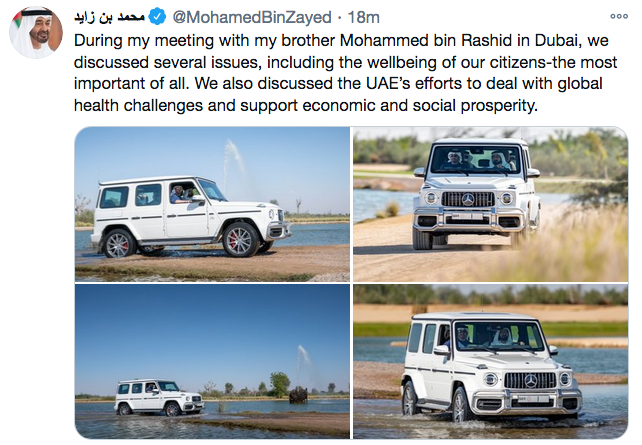 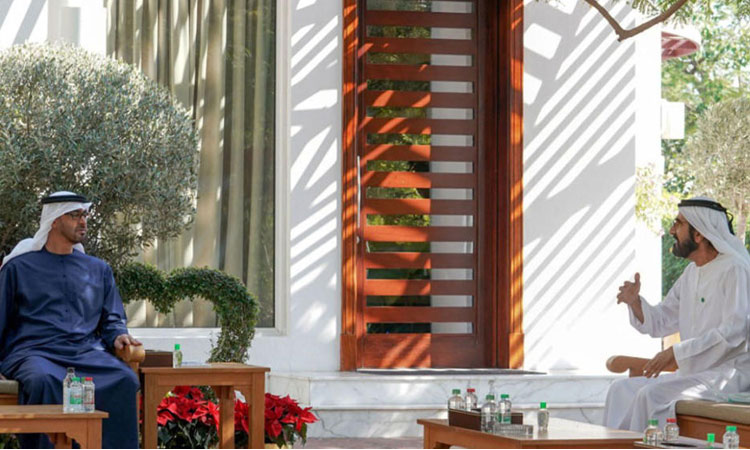 Sheikh Mohamed Bin Zayed said, “During my meeting with my brother Mohammed Bin Rashid in Dubai, we discussed several issues, including the wellbeing of our citizens, the most important of all. We also discussed the UAE’s efforts to deal with global health challenges and support economic and social prosperity.” 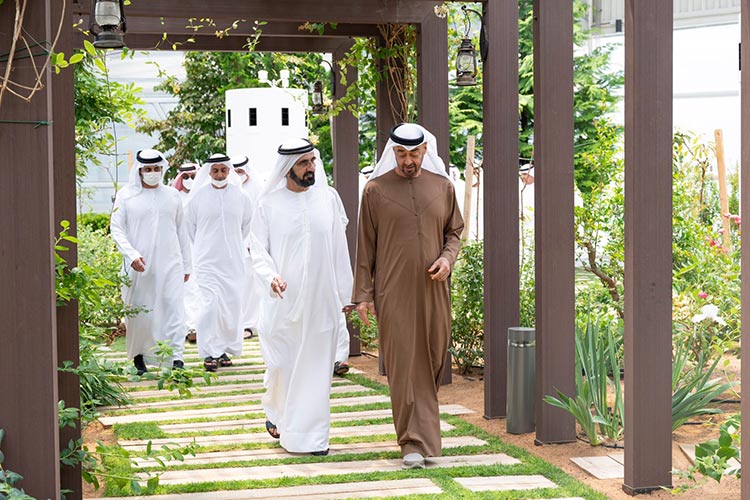 Commenting on the meeting, Sheikh Mohammed Bin Rashid said in a tweet, “During my meeting today with my brother Mohamed Bin Zayed in Abu Dhabi, we reviewed and approved a number of new strategic projects for the UAE.