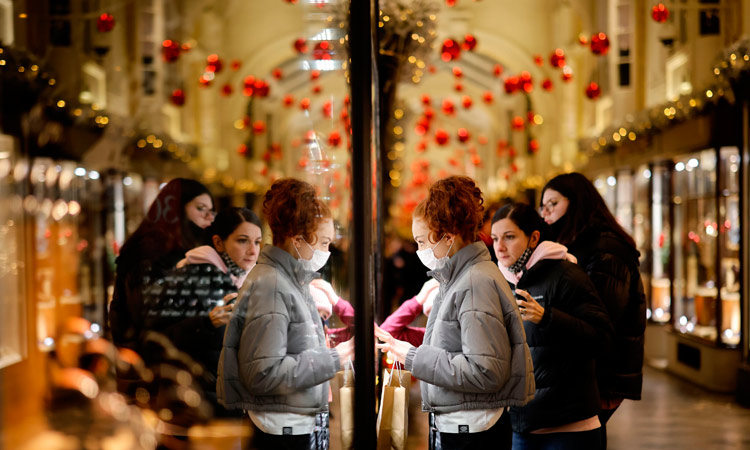 Shoppers look at a shop window display inside a Christmas-themed Burlington Arcade in London on Saturday. AFP

Millions of people must cancel their Christmas gatherings and most shops have to close in London and much of southern England, Prime Minister Boris Johnson on Saturday announced a "stay at home" order to slow a new coronavirus strain that is significantly more infectious.

Early data suggests the new strain could be "up to 70 per cent more transmissible," Johnson said at a televised briefing.

He ordered new restrictions for London and south-eastern England from Sunday, saying that "residents in those areas must stay at home" at least until Dec.30.

The measures will mean around a third of England's population cannot travel or meet other households for Christmas.

The aim of the new rules is to slow the spread of the new strain to areas where it is not yet prevalent.

Johnson said that the capital and other areas in southern England currently under Tier 3, the highest level of coronavirus restrictions, will move to an even stricter new Tier 4 that requires all non-essential shops, hairdressers and indoor leisure venues to close after the end of business hours on Saturday. 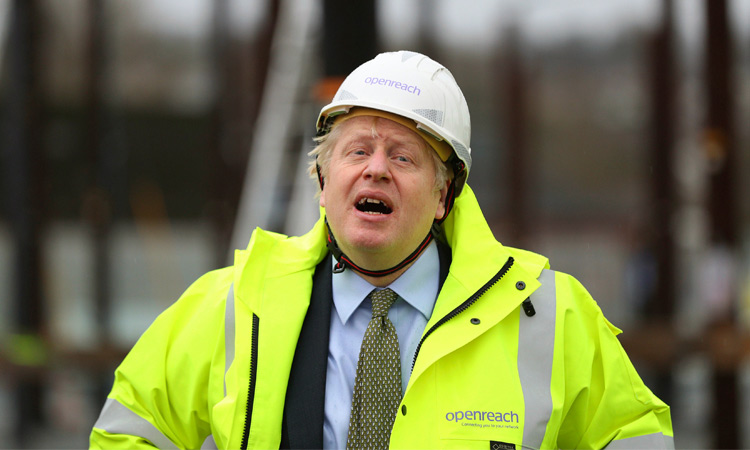 Boris Johnson reacts during a visit to the Openreach L and D Training Centre in Bolton. AP

With just five days to go until Christmas, Johnson also announced that a planned easing of socialising rules that would have allowed up to three households to meet in "Christmas bubbles” from Dec.23 to Dec.27, will be cancelled for Tier 4 areas and sharply curtailed in the rest of England.

No mixing of households will be allowed in Tier 4 except under very limited conditions outside in public places. In the rest of England, people will be allowed to meet in Christmas bubbles for just one day instead of five, as the government originally planned. 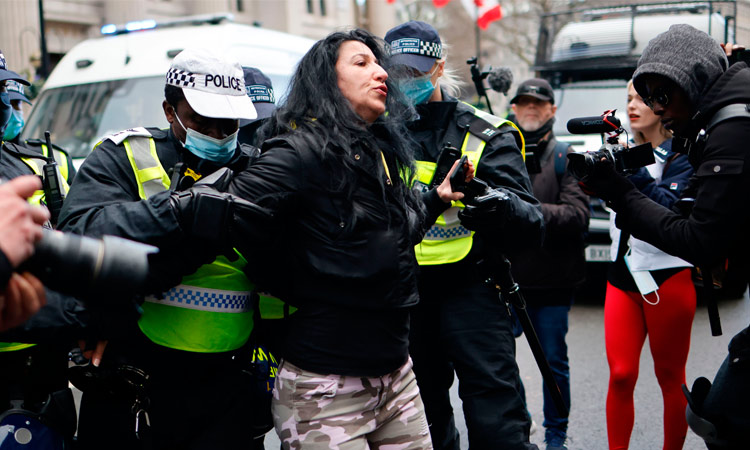 A protester is arrested by police officers in London. AFP

"It is with a very heavy heart that I must tell you we cannot proceed with Christmas as planned,” Johnson said.

He said he concluded there was "no alternative open to me” and people must sacrifice this Christmas to have a better chance of protecting the lives of loved ones.

"I know how much emotion people invest in this time of year, and how important it is for grandparents to see their grandchildren,” Johnson said. "But when the virus changes its method of attack, we must change our method of defence.”

Moderna coronavirus vaccine gets US authorisation second in 8 days

UK government pushes for lifting of US travel restrictions

A fast-moving new variant of the coronavirus that is more than 70% more transmissible than existing strains appears to be driving the rapid spread in London and southern England, Johnson said. London now has the highest infection rates in England.

"There’s no evidence to suggest it is more lethal or causes more severe illness,” he stressed, or that vaccines will be less effective against it. 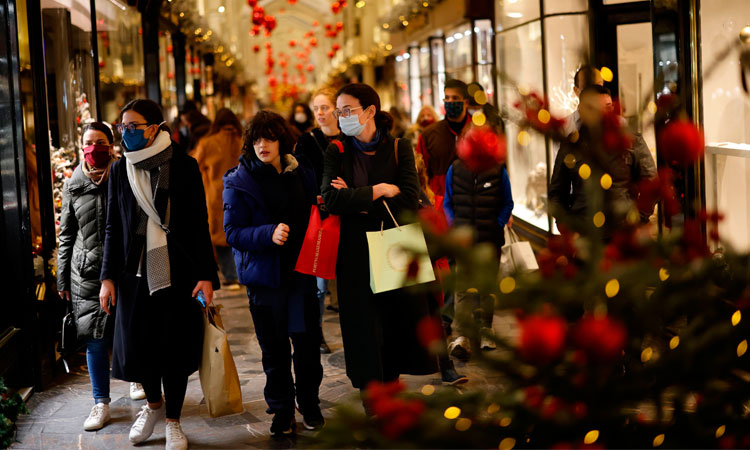 Residents look at a shop in London. AFP

England's chief medical officer, Chris Whitty, said the UK has alerted the World Health Organisation that the new variant identified this week appears to be accelerating the spread of COVID-19. The government's scientific advisers came to that conclusion based on preliminary modelling figures, and they are continuing to analyse the available data, he said.