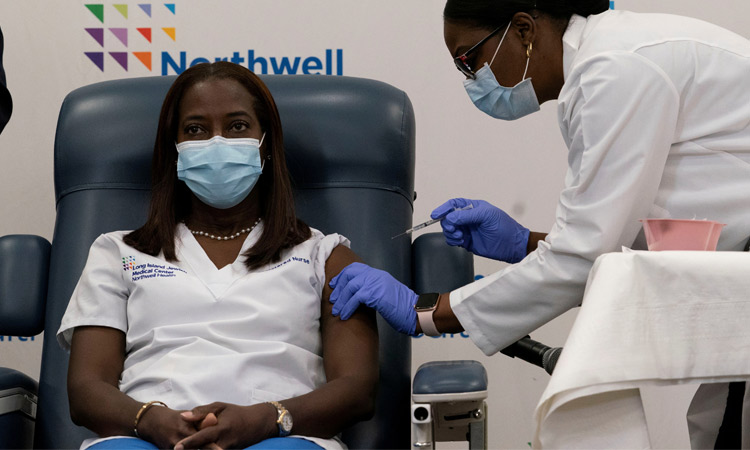 Sandra Lindsay is inoculated with the coronavirus vaccine by Dr Michelle Chester in New York on Monday. Reuters

The United States kicked off a mass vaccination drive Monday hoping to turn the tide on the world's biggest coronavirus outbreak, as the country's death toll neared a staggering 300,000.

"I feel great. I feel relieved," said Sandra Lindsay, a critical care nurse at the Long Island Jewish Medical Centre, imploring all Americans to "to do our part" by getting vaccinated.

"I hope this marks the beginning of the end of the very painful time in our history," she added.

The landmark moment comes at one of the darkest phases of the pandemic, with infections in the United States and many other countries soaring, and health experts still struggling against vaccine skepticism, lockdown fatigue and uneven adherence to safety rules.

The US has the world's highest death toll of more than 299,000, and the largest number of reported cases, at 16.2 million — including more than 1.5 million new infection in just the past week.

Delivery trucks with special refrigeration equipment were rolling out across America, as part of a public-private plan to ship millions of doses of the newly approved Pfizer-BioNtech vaccine to vulnerable Americans.

Courier services FedEx and UPS have deployed fleets of trucks and planes to carry their precious cargo — sometimes under armed guard — to all 50 states, where health care workers and nursing-home residents will be first in line.

An initial 2.9 million doses are set to be delivered by Wednesday, with officials saying 20 million Americans could receive the two-shot regimen by year end, and 100 million by March.

UPS and FedEx were to ship glass vials of the vaccine to 636 sites around the country by Wednesday.
Doses are being shipped in boxes containing dry ice that can keep supplies at — 70˚C, the frigid temperature needed to preserve the drug. 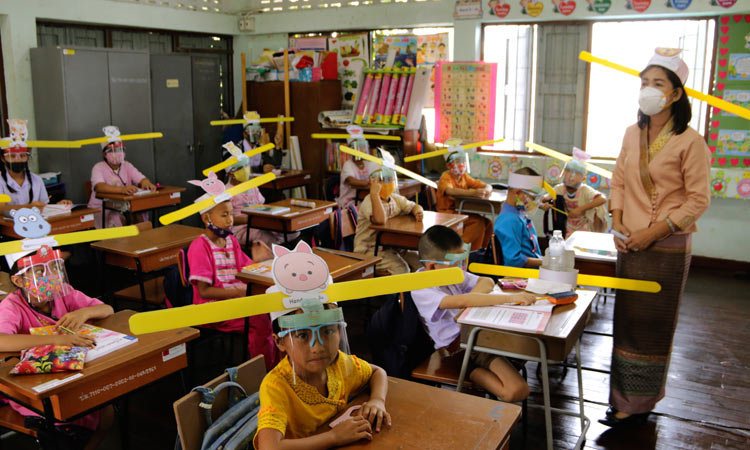 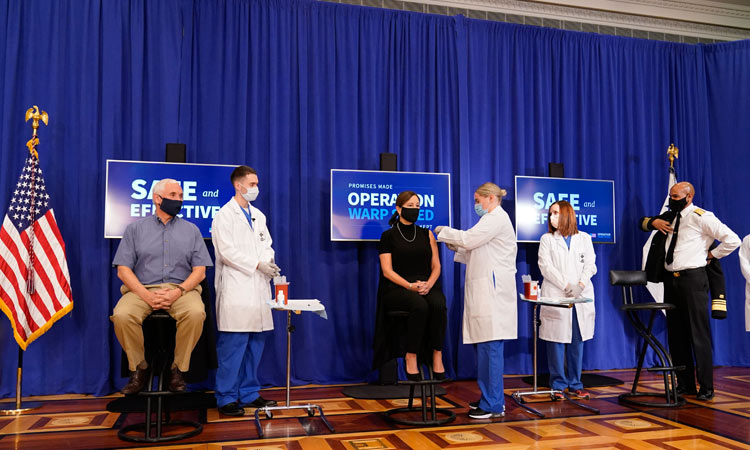 This sparked some confusion — while an advisory panel recommended emergency use approval for Moderna's vaccine on Thursday, the Food and Drug Administration (FDA) has yet to give the final verdict allowing distribution — expected later on Friday. 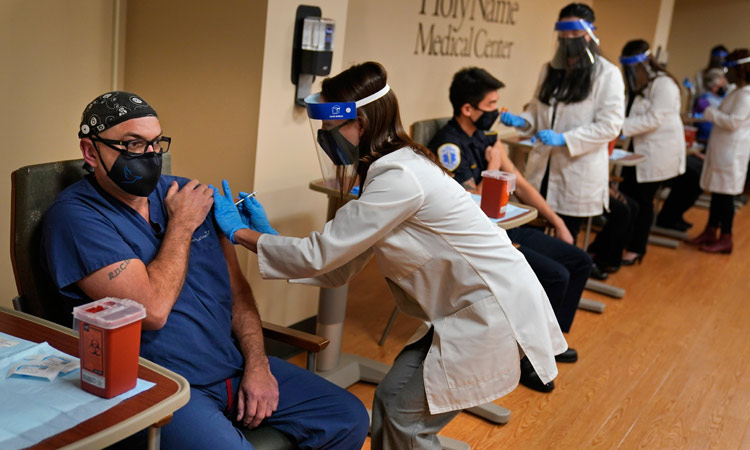