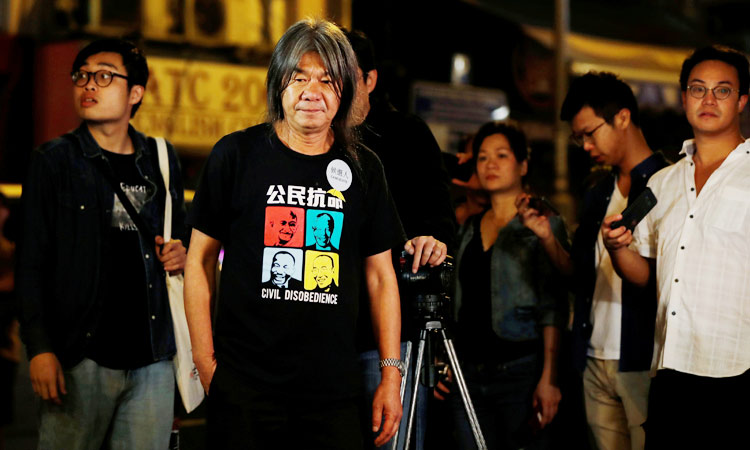 Hong Kong police on Tuesday arrested eight pro-democracy activists including three former lawmakers over their role in an unauthorised protest last summer, the latest in a broad crackdown by authorities under a sweeping new security law.

The arrests are tied to a July 1 demonstration in which thousands defied a protest ban and rallied on the streets against a national security law imposed on the city by Beijing the day before.

Police said they are suspected of inciting, organising and joining an “unauthorised assembly” on July 1, for which they could face a maximum of five years in prison. 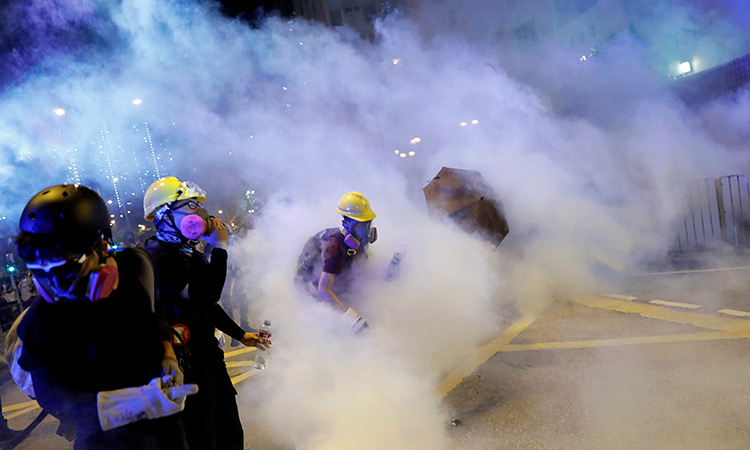 According to Facebook posts on their respective pages former pro-democracy lawmakers Wu Chi-wai, Eddie Chu and Leung Kwok Hung were arrested at their homes on charges related to organising and participating in the protest.

The detained include veteran activist “Long Hair” Leung Kwok-hung, the former chief of Hong Kong’s Democratic Party Wu Chi-wai, ex-legislator Eddie Chu and Figo Chan, the organiser of an annual rally marking the British handover of the city to China in 1997.

China says firmly opposes US interference in its domestic affairs

Thousands of protesters took to the streets the day after its passage, leading to the arrest of over 370 people, including some for carrying banners and flags adorned with pro-democracy slogans. 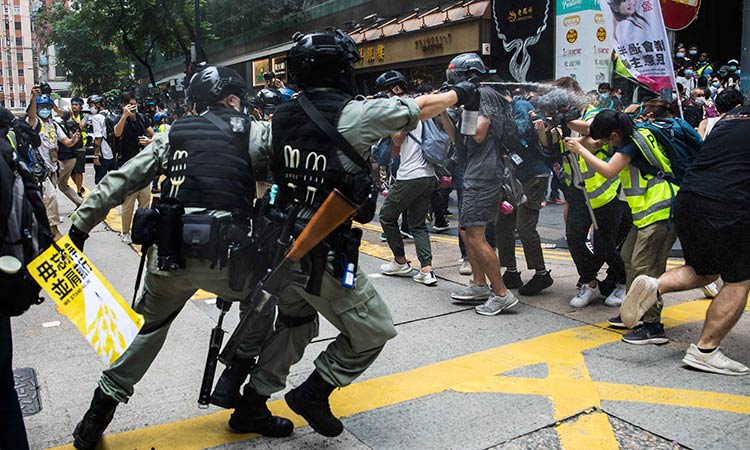 Riot police (left) deploy pepper spray as protesters gathered for a rally against a new law in Hong Kong. File/AFP

Hong Kong’s administration insists the law has not impinged on the rights to freedom of speech and assembly guaranteed to the territory when it returned to Chinese rule in 1997.

But activists have spoken of a chilling effect over the city’s opposition, as certain opinions and actions became illegal almost overnight.

Last week leading dissident Joshua Wong and two other prominent activists were jailed over a 2019 rally outside police headquarters.