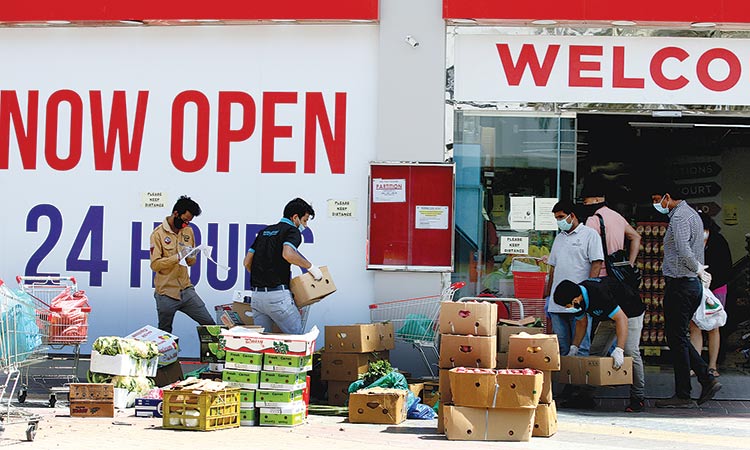 The Dubai Public Prosecution referred an Asian gang of five members to criminal court for breaking into one of Dubai’s supermarkets and stealing cash and items worth Dhs35,000.

Details of the incident date back to last March, when the defendants ganged up and began to execute their robbery plan in the middle of the night.

The next morning, the victim – the manager of the supermarket – opened its doors to find out that an amount of Dhs10,000 was missing, along with multiple phones worth Dhs20,000, and 2 traveling bags plus perfume bottles worth Dhs5,000.

Apparently, the defendants had used the travelling bags to move their loot.

The victim called police to the scene, and the defendants were identified through their fingerprints through the wrench they used to break into the supermarket’s door.

In August, the Dubai Public Prosecution referred two unemployed Asian men to the criminal court for breaking into a supermarket in Dubai and stealing around Dhs4,000 and 40 packs of cigarettes.

Official records indicate that the defendants had another runaway accomplice who helped scope the area to make sure that the road was clear for the robbery.

The two defendants broke into the supermarket and directly headed for the cashier to steal the mentioned amount and cigarette packs.

The supermarket workers discovered the robbery the next day, and immediately informed police, who in their turn lifted fingerprints and reviewed surveillance cameras to identify the thieves. The defendants were later arrested and charged with robbery.