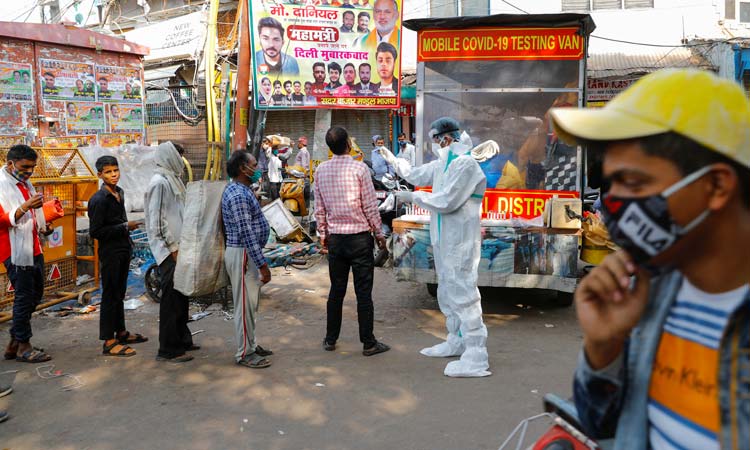 A healthcare worker collects a swab sample from a man in Old Delhi, India. Adnan Abidi/Reuters

As New Delhi battles its worst phase in the pandemic, Indian authorities draw up plans to reinstate some curbs, such as lockdowns of some markets, if necessary, although elsewhere in the nation new infections are falling.

India hopes five locally-tested vaccines will help it to control COVID-19, as those developed by Pfizer and Moderna may not be available to it in big quantities soon.

The south Asian nation’s infections are the second highest in the world after the United States, but they have slowed from a September peak, despite celebrations of several major festivals that authorities had feared could trigger a spike. 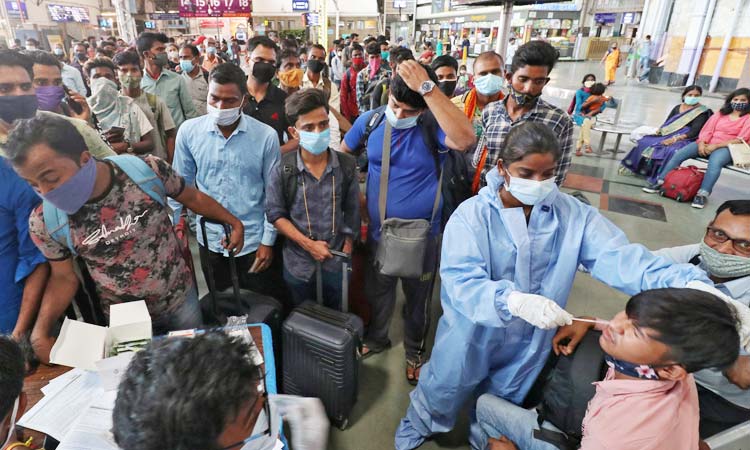 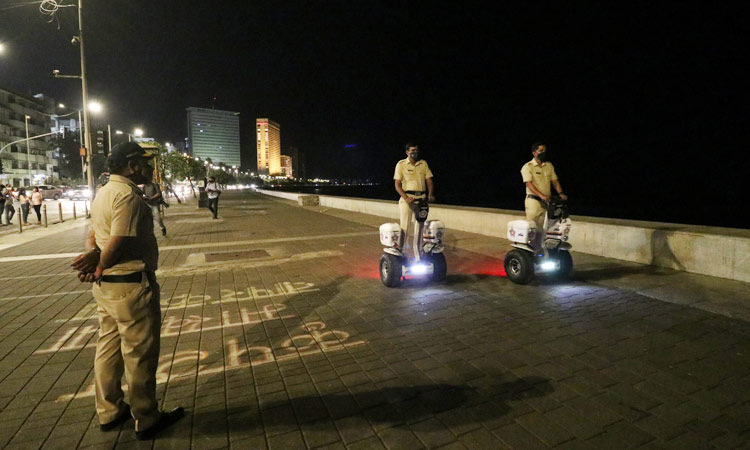